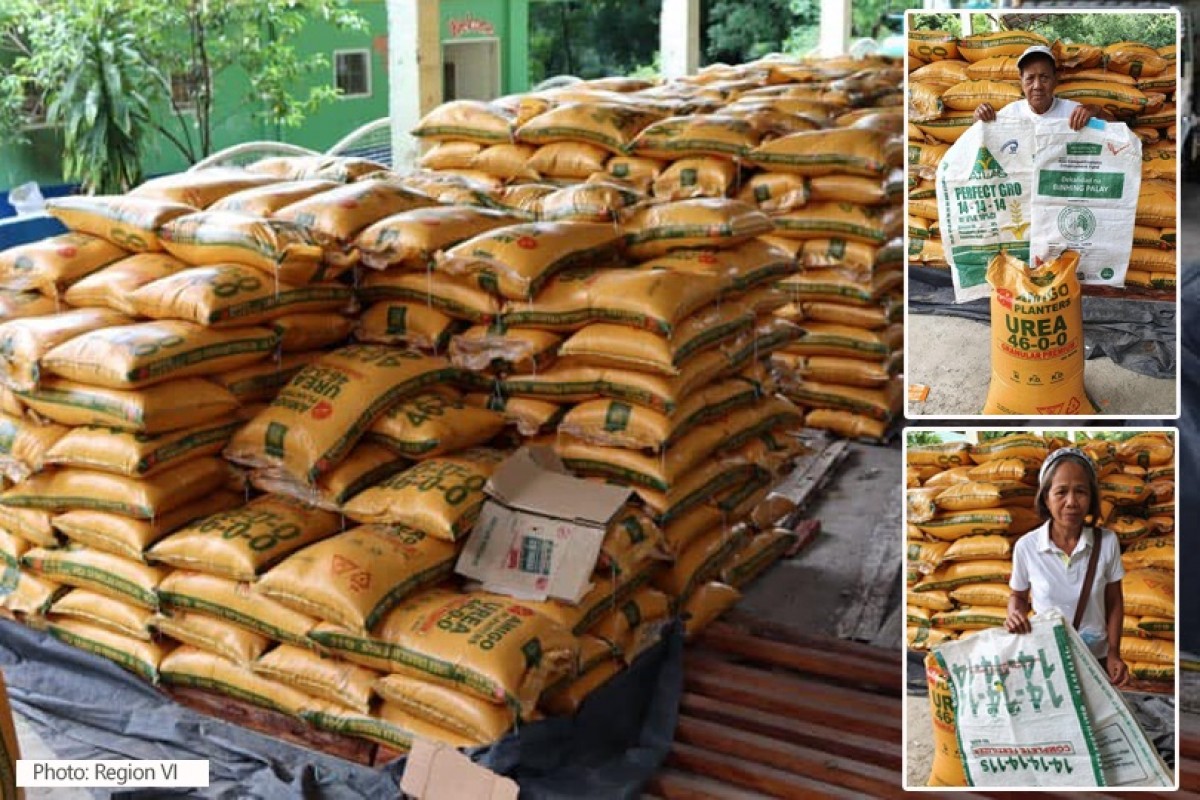 QUEZON CITY -- Amid the pandemic and community lockdowns, thousands of rice farmers covered under the Rice Resiliency Project 2 (RRP2) of the Department of Agriculture (DA) have availed of free fertilizers and quality inbred and hybrid seeds, intended for the recently concluded 2020-2021 dry season.

“Contrary to recent malicious and unfounded allegations made by leaders of a civil society organization and a farmers’ group, we achieved a high distribution rate of 98 percent (%) among rice farmers — particularly in Ilocos Norte, Ilocos Sur, and Isabela — who availed of free fertilizers under our Rice Resiliency Project 2 for the 2020-2021 dry crop season,” said Agriculture Secretary William Dar.

“Such performance clearly refutes the misleading information peddled by the two complainants, who said that the distribution of fertilizers to rice farmers funded under ‘Bayanihan 2’ was anomalous,” the DA chief said.

“To set the record straight, the RRP2 covered only selected rice areas under the Rice Competitiveness Enhancement Fund (RCEF), and non-RCEF areas planted to inbred and hybrid seeds under the DA national rice program (NRP), covering a total of 2,022,033 hectares, in 15 regions and Bangsamoro Autonomous Region in Muslim Mindanao (BARRM),” he added.

“The RRP2 did not cover all rice areas and farmers in the country, and thus similarly not all farmers in Ilocos Norte, Ilocos Sur, and Isabela are included in the program, as maliciously mentioned by a farmer-leader in Pangasinan,” said Secretary Dar.

Further, under the RRP2 fertilizer subsidy guidelines via the voucher system, only those farmers in specified RCEF and non-RCEF areas who planted during the 2020-2021 dry season were qualified to receive free fertilizers. Finally, they should be listed in the farmer’s registry or RSBSA.

Of the total, only 14,543 farmers in Ilocos Sur and 26,927 farmers in Ilocos Norte qualified for the e-voucher fertilizer reimbursement for the dry season 2020-2021, as they were the ones who actually planted, based on the validation made by the Municipal Agriculture Offices in said provinces, Domenden said.

As of June 25, 2021, the number of fertilizer vouchers claimed by farmers was 12,136 in Ilocos Sur and 20,521 in Ilocos Norte, said Domenden. Some farmers were not able to claim their fertilizers due to varying reasons beyond the control of DA, despite reminding the LGUs of the voucher claiming schedule, he added.

“Since we assumed office in August 2019, we have been and continue to be transparent in all our transactions, democratizing and making our bidding and procurement process more transparent and equitable,” said Secretary Dar.

“As a result, we have weeded out suppliers who had been cornering the accounts in previous years, and they are now getting back at us for improving the system. We will continue to move on, despite their griping and misinformation,” the DA chief concluded. (DA StratComms)