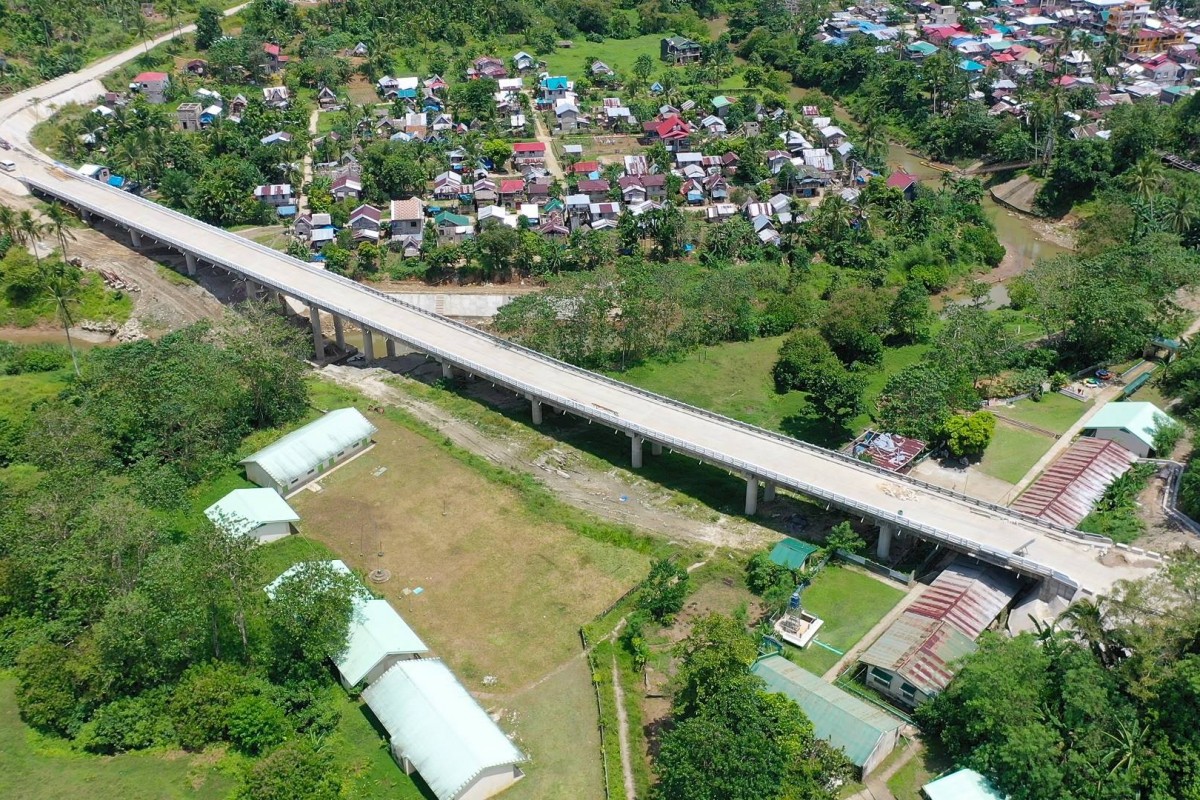 District Engineer Ma. Maragarita C. Junia said the construction of the Jipapad Bridge is composed of three phases in which the first two phases, with a total appropriation of P150 million, were funded under PAMANA (Payapa at Masaganang Pamayanan).

The third phase which amounts to P100 million was funded under the General Appropriations Act FY 2021 through the construction of missing links.

Under the PAMANA projects, the actual accomplishment is already 100% which includes the construction of the Bridge substructure/foundation, girders, and the 498-meter road approach with embankment and slope protection while the third phase is still ongoing with actual accomplishment of 85.3%.

The 85.3% accomplishment of the third phase refers to the completion of the bridge structure which includes the 200-meter road approach while the remaining works of 14.7% refer to the construction of the 90-meter flood control structure which will protect the bridge from scouring and the 180-meter lined canal which is still on-going on site and expected to be completed on October 28, 2021.

“Jipapad Bridge is an important structure in the road network Jipapad-Las Navas-Catubig-Rawis road which helps our farmers and the traveling public to have a convenient, safe and calamity resistant access in transporting goods and services even during calamities,” said Junia.

Junia also said the completion of the Jipapad Bridge will significantly impact the economic and social development of Jipapad, Eastern Samar now that the municipality is now accessible to all kinds of vehicles.

“All kinds of vehicles can now safely enter the municipality of Jipapad using this newly constructed bridge, unlike before that they needed to take risk in crossing the defective timber bridge which was the only entry point of vehicles going to the municipality,” said Junia.

DPWH-ESDEO still has two ongoing projects of road concreting along the Jipapad-Las Navas-Catubig Rawis road: a P20 million road project which is a construction of the 130-meter road with slope protection (gabions) and box culvert and another P50 million projects, a road opening and construction of 110-meter concrete road, box culvert and slope protection (gabions).

“Once all of these ongoing projects are completed, we only have an estimated of more or less 5 kilometers away from the boundary of Northern Samar,” said Junia. (DPWH-ESDEO)