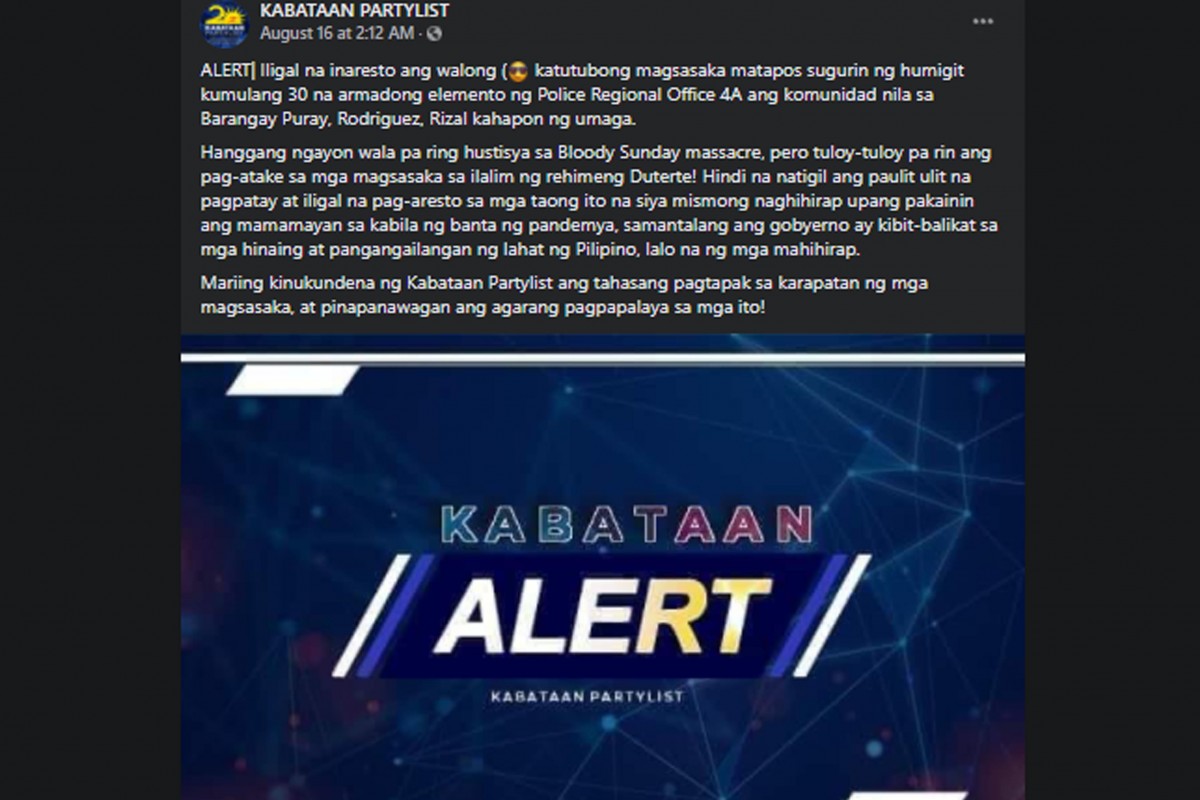 CAMP CAPINPIN, Tanay, Rizal – KABATAAN PARTYLIST, and KARAPATAN-Timog Katagalugan both posted fake news on their social media accounts regarding an arrest made on eight indigenous people farmers from Barangay Puray and the presence of 30 soldiers and policemen in 1K2, Kasiglahan Village, Barangay San Jose both of Rodriguez, Rizal, on August 15, 2021.

According to the post, the eight IP farmers were arrested after having been attacked by more or less 30 armed men of the Police Regional Office 4A. Whilst KARAPATAN-Timog Katagalugan further averred that at around 2:45 PM of the same day, around 30 combined soldiers and policemen were seen at 1K2, Kasiglahan Village, Rodriguez, Rizal. 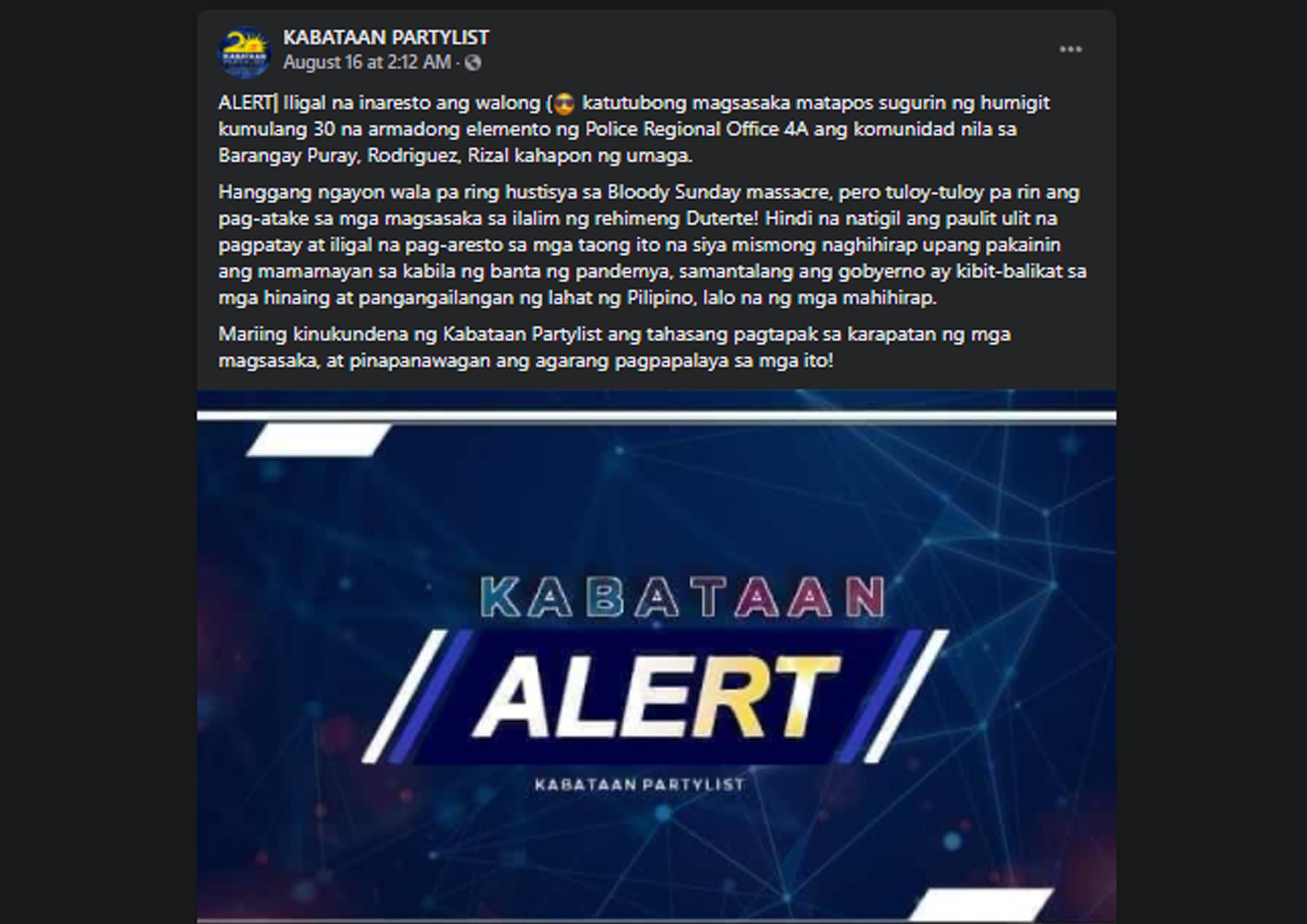 But when proper coordination was made with Police Regional Office 4A, Rizal Provincial Police Office, and 80th Infantry Battalion the police and military units that have area jurisdiction over Rodriguez, Rizal, it was found out that no military or police operation was conducted on the said places, date and time. 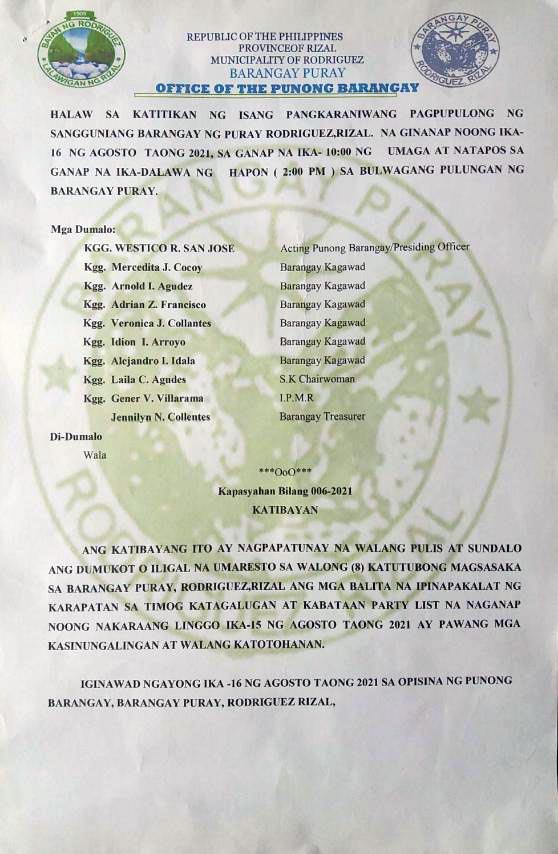 To provide the general public with accurate information, coordination and verification were also made with the barangay officials of Barangay Puray and Barangay San Jose to establish the truth if there was any on the post of the two organizations. The two local government units issued certifications concerning the matter.

The certification made by Barangay Puray stated that the reports made by KABATAAN PARTYLIST and KARAPATAN-Timog Katagalugan about the arrest of IP farmers were false and that no such incident has transpired in their barangay, while Barangay San Jose's certification stated that there was no truth in the presence of 30 armed soldiers and policemen at 1K2, Kasiglahan Village, Barangay San Jose of Rodriguez as claimed by Karapatan-Timog Katagalugan. 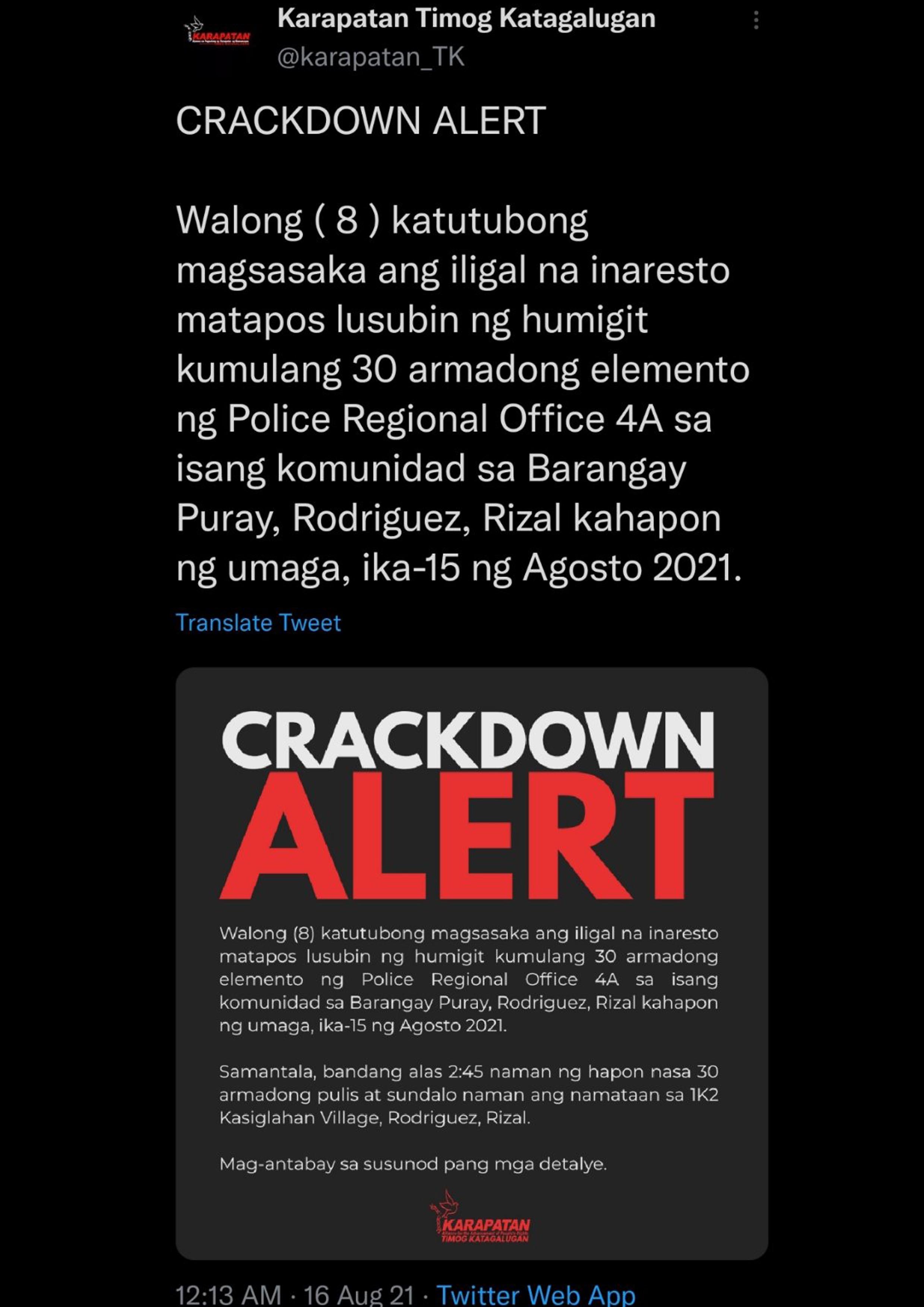 The official statement from the local government units of the two barangays proved that the news alerts made were fake and has maliciously alarmed the general public. Seemingly, the posts of the said organizations were designed to malign the Duterte administration and the government forces.

Major General Rowen S Tolentino, the commander of the 2nd Infantry Division called on the people saying; "Let us not be fooled by these people and organizations under the CPP/NPA/NDF. They will only mislead and agitate us for the wrong reasons. Instead let us work with, and support our government for a better Philippines". 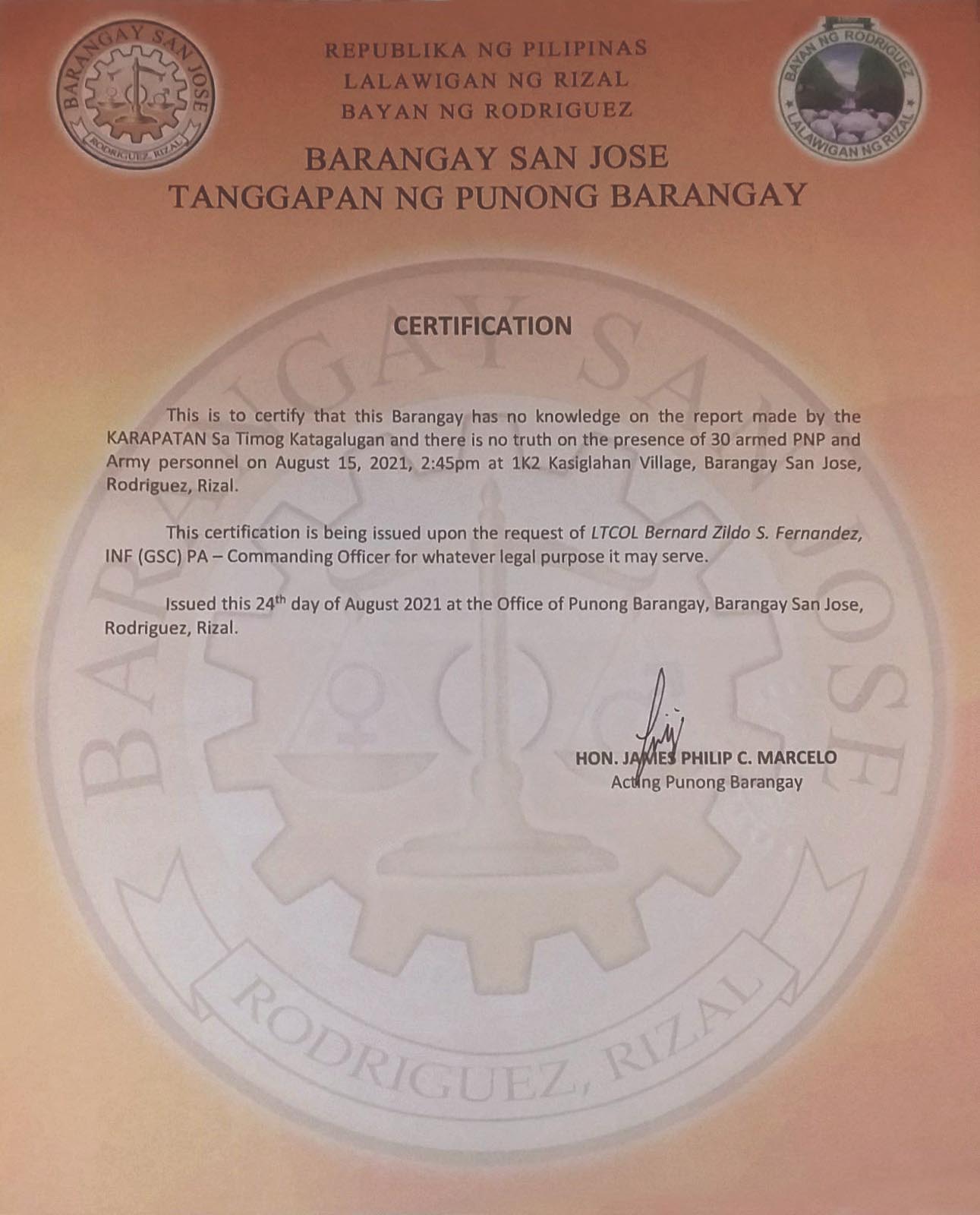 For more than five decades now, the CPP/NPA/NDF and their front organizations have continuously been sowing lies and fear to the hearts and minds of our countrymen. What happened now is but just another testament to their deceitful schemes. 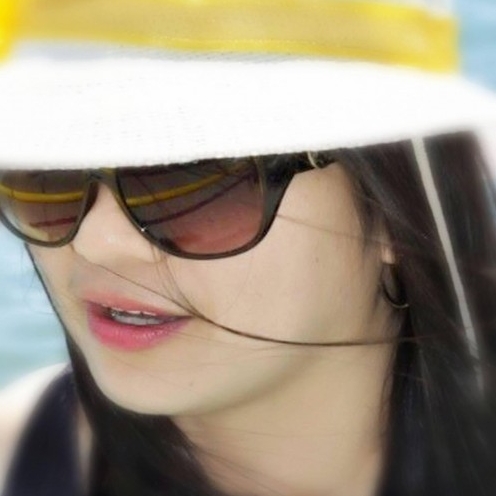