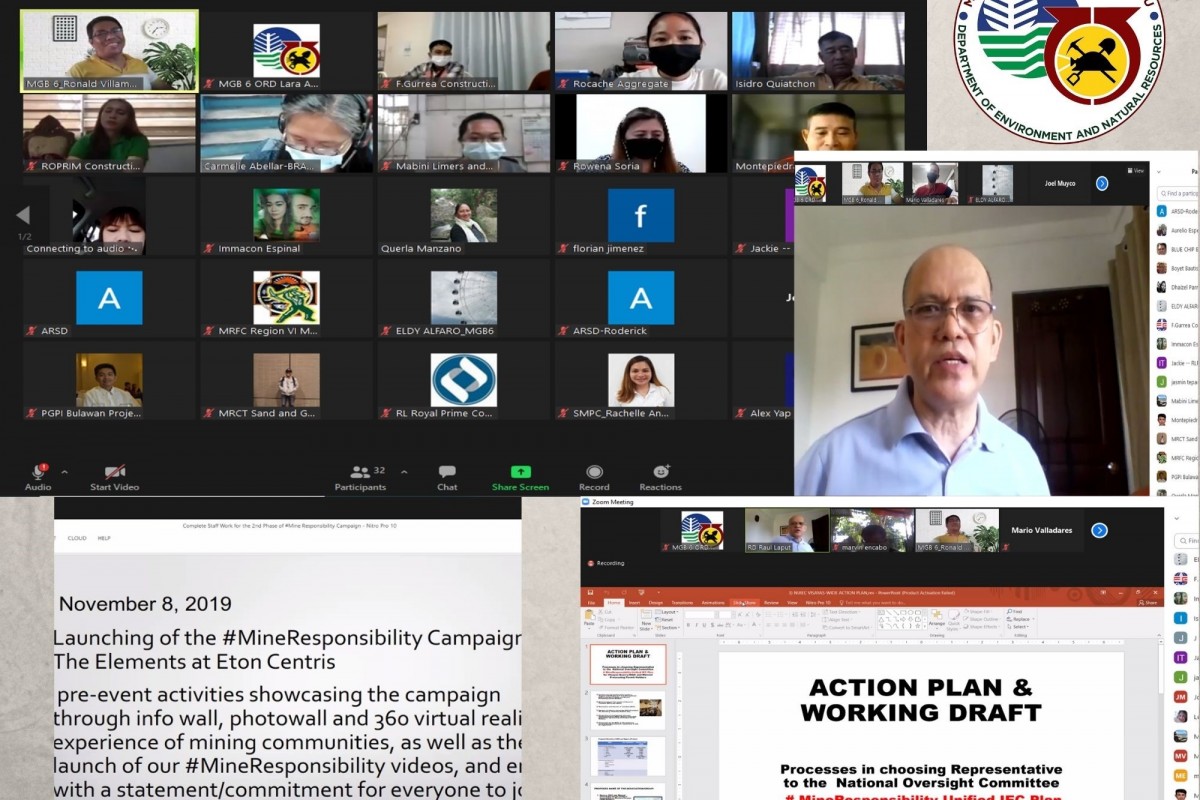 ILOILO CITY (PIA) – The permit holders in Region 6 recently convened and elected officers to the Board of Trustees representing the quarry and industrial sand and gravel permit holders of Region 6.

Mines and Geosciences Bureau (MGB) Regional Office 6 OIC Regional Director Raul A. Laput, said the virtual meeting was facilitated by MGB 6 for the permit holders to elect officers who would comprise the Board of Trustees (BOT) and represent the region permit holders to the Visayan-wide meeting.

He said this is also in cognizant of the MGB directive in 2020 to the implementation of a National Unified Information and Education Program (NUIECP).

Some 26 MGB-issued permit holders attended the meeting coming from all the six provinces of the region, according to Engr. Ronald C. Villamora, chief of the Social Development Section of MGB 6.

The creation of a national oversight committee composed of permit holders nationwide is underway pursuant to the NUIECP.  This is also an offshoot of the nationwide campaign dubbed as hashtag Mine Responsibility.

#MineResponsibility which was launched nationwide in November 2019 is a conglomeration of IEC multimedia materials and events highlighting best practices on responsible mining using digital platforms like the social media in addition to more traditional forms such as face-to-face stakeholders’ engagements.

Laput said that permit holders have allocated fund for the implementation of the NUIECP that comes from the IEC component of the Social Development and Management Program (SDMP) required of mining contract and permit holders.  As mandated by the mining law, permit holders allocate 1.5% of their operating cost to implement the SDMP with specific budgetary assignment:  75% of the 1.5% for the development of the host and neighboring community, 10% of the 1.5% for the development of mining technology and geosciences, and 15% of the 1.5 % for the Information, Education and Communication (IEC) program.

Before the pandemic broke out in the first quarter of 2020, the permit holders have already allocated the required funds to implement the NUIECP.  Due to the restrictions from COVID-19 quarantine classifications and protocols, MGB instructed the permit holders last year to use the NUIECP allocated fund to finance the conduct of a research study that will assess the contributions of a mining project to the development of host and neighboring communities.

The study will focus on the aspects of health, education, livelihood, household income and infrastructure, in improving the quality of life of communities.  The deadline for the completion of the study was set before this year ends.  (MGBVI, DENR/laf/PIA6-Iloilo)