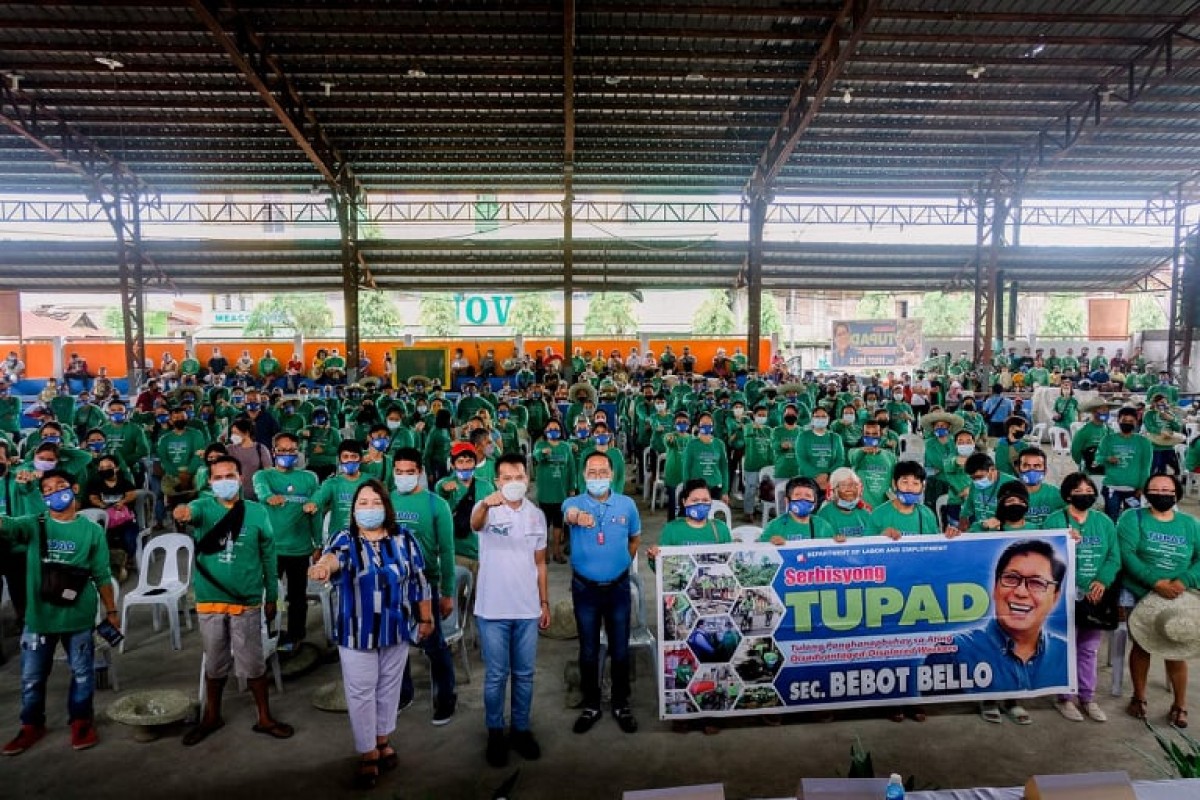 CALBAYOG CITY -- A total of P10,065,496 grants under the Tulong Panghanapbuhay para sa Ating Disadvantaged/Displaced Workers or TUPAD program of the Department of Labor and Employment (DOLE) have been availed of by some 2,716 informal sector workers in this city.

In a payout held on 14 October 2021 at Brgy. East Awang Covered Court, TUPAD beneficiaries received P3,250 each as payment for their services rendered during the 10-day program implementation.

Aside from the wages, all beneficiaries were provided personal protective equipments, disinfection materials and coverage to micro accident insurances.

Beneficiaries were so thankful and expressed their heartfelt gratitude for the assistance received through TUPAD.

“Lubos pa akong nagpapasalamat sa TUPAD program ng DOLE. Ito po ay napakalaking tulong para sa aming mga pamilya,” said Limuel M. Jackson, one of the beneficiaries of TUPAD. (I am so thankful to the TUPAD program of DOLE for helping us. This is really a big relief for us).

Meanwhile, Iris J. Amogues, another TUPAD beneficiary, thanked the collaborative efforts of the government in helping people like them who were greatly affected by the ongoing health crisis.

“Maraming salamat po sa ating gobyerno na hindi kami pinabayaan at tinulungan kami sa gitna ng pandemyang ito na nakaapekto sa aming mga kabuhayan”, said Amogues. (Thanks to our government for not neglecting us and for assisting us during this pandemic which affected our sources of income)

RD Jalbuena is happy and grateful that the TUPAD Program, a flagship program of the department in providing displaced workers temporary emergency employment in exchange of community service is reaching and helping more and more beneficiaries.

He thanked Congressman Sarmiento and Cong. Noel for their strong support and active commitment in uplifting the economic conditions of the Samarnons in the 1st District of Samar, especially during this pandemic.

Also in attendance during the payout were Engr. Bethsabee Delgado and Ms. Ma. Fe Lebario from the Congressional District Office of Congressman Sarmiento, City Administrator Rosario Chat Gonzaga representing City Mayor Diego P. Rivera, and Calbayog PESO Manager Purisima Sarzata. Personnel of the DOLE-SFO were likewise present and assisted in the payout. (NRSC with a report from K. Orara-DOLE-SFO)