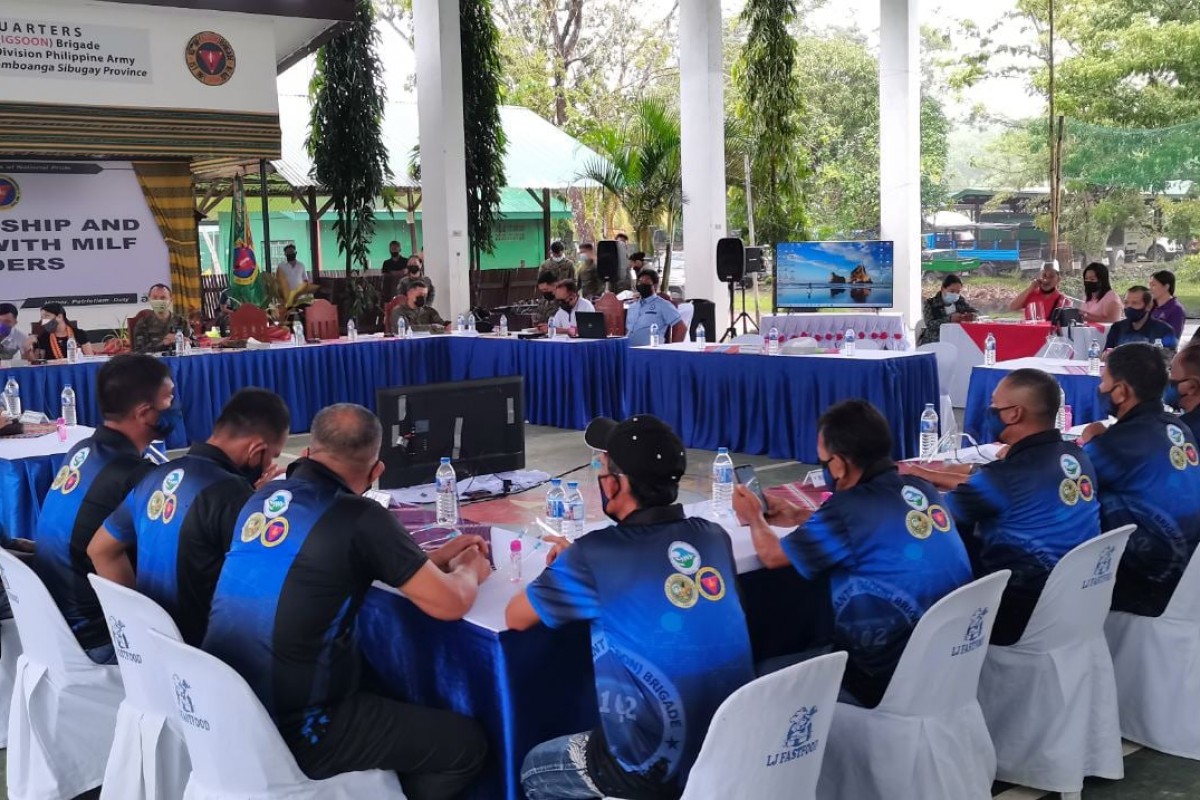 The event, held here on October 23, was the first time members of the Bangsamoro Islamic Armed Forces-MILF had set foot inside the brigade -- not as enemies but now as partners for peace.

“Ako ay nagpapasalamat na andito po kayo at pinaunlakan ninyo ‘yung aking imbitasyon dahil ito po ‘yung isang pagkakataon na maipakita natin hindi lang sa Sibugay na tayo ay nagkakaisa na sa ngalan ng kapayapaan (I am grateful that you are here and you have accepted my invitation because this is an opportunity for us to show not only in Sibugay that we are united in the name of peace),” Nicolas added.

Nicolas recalled that 23 years ago, his troops operated in the area. He feels that some of the attendees of the gathering may have been the very combatants they were exchanging gunfire with.

Barhama Ali, a member of the BIAF-MILF’s 113rd Base Command, shared that even during the height of the armed conflict between government and Moro forces, he made sure that his children attended school and were preparing for a brighter and more peaceful future.

(Our children, we send them to school because what we want to avoid, if there is peace talks and something like this comes, where will our children be if there is no [education]? Will our place be torn apart again just like before?)

Ali said that although their base camp is situated outside the Bangsamoro Autonomous Region in Muslim Mindanao’s (BARMM) core territory, he and his comrades strongly support the Bangsamoro and national governments.

According to the GPH’s Coordinating Committee on the Cessation of Hostilities (CCCH), this Affirmation of Support shall serve as a commitment of local leaders and residents to sustain the gains of peace and development in Zamboanga Peninsula.
During the fellowship, the GPH CCCH also provided a briefing on the functions, protocols and accomplishments of the ceasefire mechanism.

(May each side forget the violence that took place in the past. May we put importance to cooperation and recognition of the law of our country so that no Filipino will be against fellow Filipinos. And so, we can achieve a harmonious, prosperous, and peaceful community.)

(Those concerns, those problems can always be talked about. Let's not go back to the past. Our journey has been long. Many of our colleagues have sacrificed their lives so let's respect them.