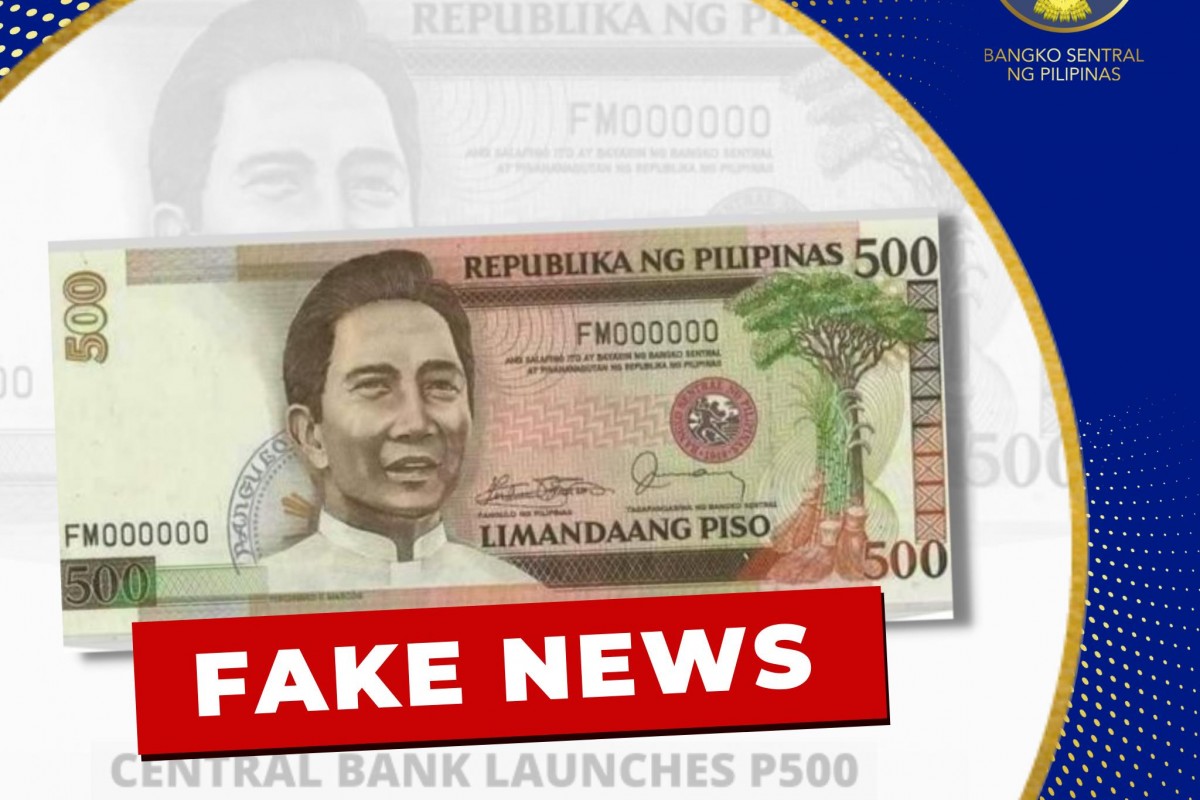 MANILA -- The Bangko Sentral ng Pilipinas (BSP) informs the public that it has not issued new banknote designs or a new design series.

The BSP issues this advisory in response to a 500-piso commemorative banknote first posted on a satirical news website being shared broadly on social media.

The BSP warns the public against accepting fraudulent banknotes and encourages anyone in the know to report use of fake banknotes to the police or to the BSP’s Payments and Currency Investigation Group (email address: currencyinvestigation@bsp.gov.ph).

Under Republic Act No. 10951, counterfeiters of Philippine currency are subject to the penalty of imprisonment of at least 12 years and 1 day and a fine not exceeding two million pesos.

The BSP enjoins the public to stay informed about legitimate banknotes issued by the BSP.

The BSP regularly conducts public information campaigns to educate the public on the design, security features, and proper handling of Philippine currency as well as relevant laws, policies, and programs.​ (BSP)