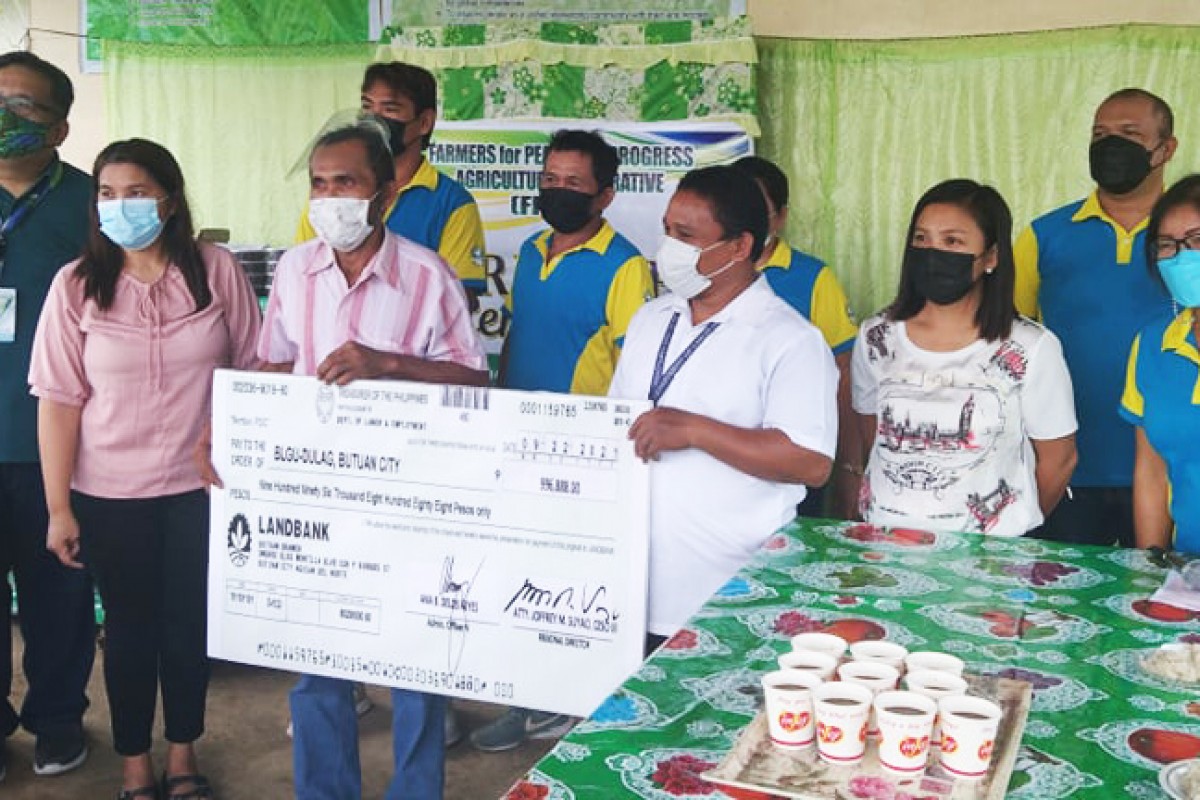 Provincial Agrarian Reform Program Officer Andre B. Atega said the cooperative took a remarkable milestone when DOLE approved its proposal for the procurement of equipment and materials needed for its venture in Cocoa production.

DOLE Provincial Office Head Keith C. Duran said the DOLE-ILP livelihood assistance is an inter-agency convergence initiative with the Barangay Local Government Unit (BLGU) in the package of intervention to be delivered to various parts of agrarian reform communities in the province.

Duran said that with the joint effort of DOLE and DAR of Agusan del Norte, the FPPAC will finally purchase the needed equipment and materials to help transform their economic activity that will serve as a stable source of income.

Ellen J. Torralba, Chief Agrarian Reform Program Officer (CARPO) of the Program Beneficiaries Development Division (PBDD) of DAR-Agusan del Norte said that the delivery of livelihood assistance by the DOLE seeks to contribute to poverty reduction through the promotion of community enterprise of the ARBOs.

She said that the project expected to bring desirable changes in the lives of the farmers, which open up new opportunities to forward the cooperative’s livelihood income.

“The DAR also strengthened the group by way of providing a link with an appropriate market for their produce,” Torralba said.

Data provided by Ma. Elena Negrido, DOLE Point Person, indicated that a total of 11 ARBOs have already benefited of the program from 2019 up to this year.

Negrido, further, said that about PhP9.3-million worth of livelihood funds were previously released from the DOLE-ILP interventions through the ARBOs that benefitted thousands of ARBs in the province.