By U.S. Embassy in the Philippines 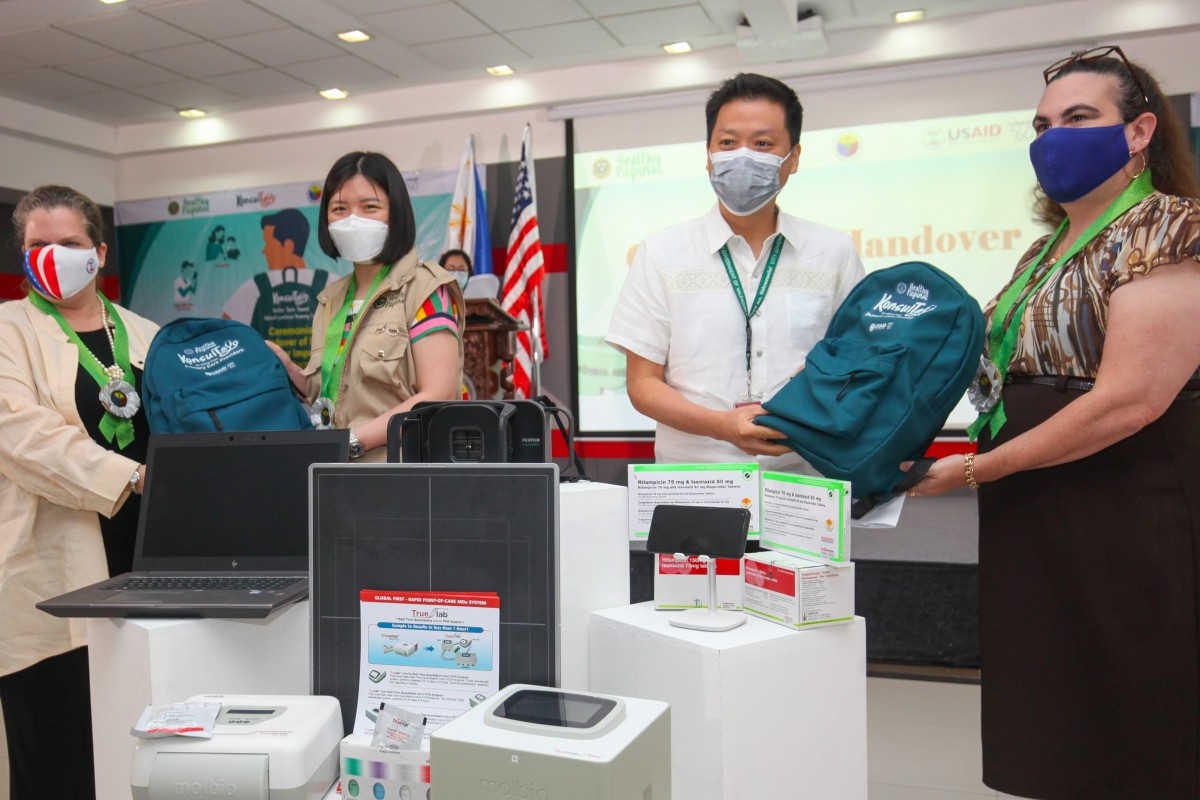 Manila (USAID) –-The United States government, through the United States Agency for International Development (USAID), and the Stop TB Partnership donated a package of new tools for better tuberculosis (TB) services in the Philippines.

In a recorded message, Health Secretary Francisco Duque III underscored how primary care providers have continued TB services amid the COVID-19 pandemic. “Despite the pandemic, we have started to increase the number of new and relapse TB cases notified to DOH, through the efforts of our frontline workers.” Beginning April 2021, new and relapse cases notified to DOH averaged 53,316 per quarter. In 2021, the average cases per quarter reached 74,448.

The donation package will support TB services in Valenzuela City and the provinces of Tarlac, Bataan, Laguna, Cebu, and South Cotabato.

Valenzuela City Mayor Gatchalian received the donation on behalf of other local chief executives.  “With these new tools, our doctors, nurses, and medical technologists will have the chance to find more people with TB quickly, treat them effectively, and prevent infection in the timeliest manner,” he said.

The Philippines is one of seven countries selected to receive the iNTP package, along with Indonesia, Bangladesh, Vietnam, Nigeria, Kenya, and Democratic Republic of Congo. The World Health Organization’s 2021 Global TB Report lists the Philippines as one of 30 high TB-burden countries, with the highest TB incidence rate in Asia at 539 cases per 100,000 people.