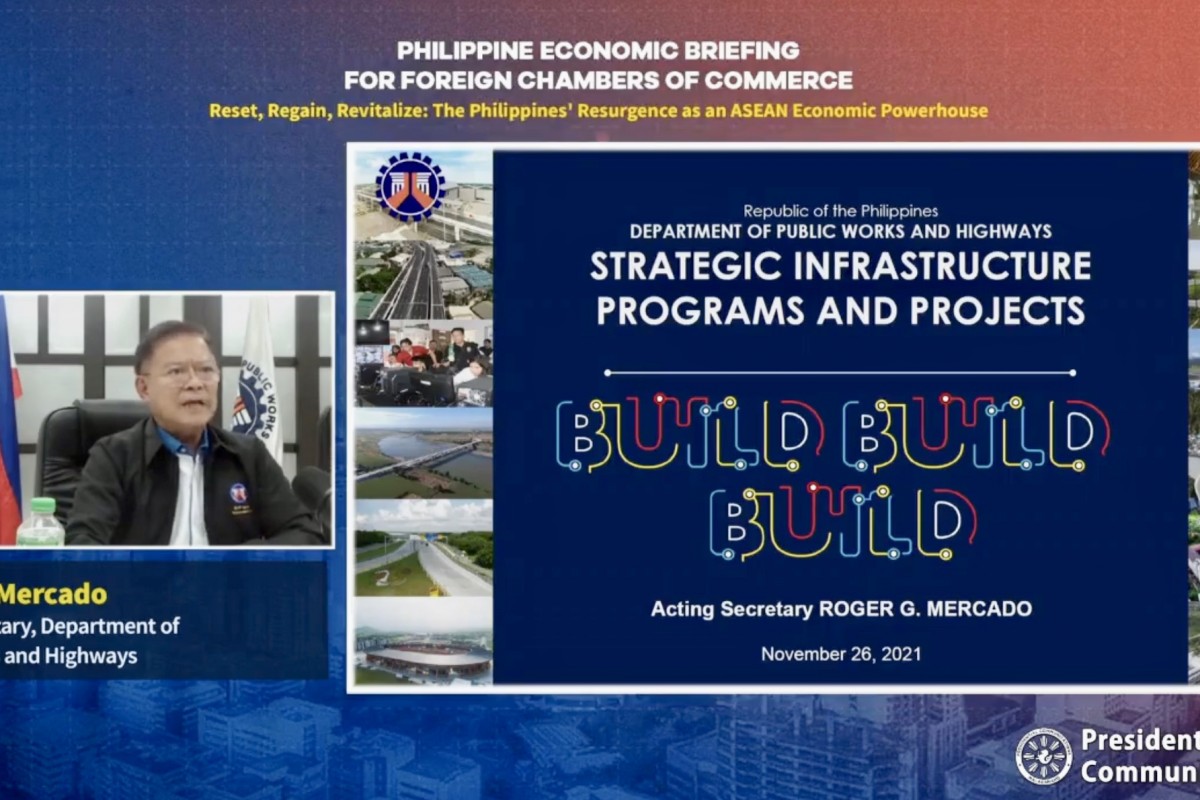 MANILA -- The infrastructure program anchored on the Build Build Build (BBB) initiative still remain among the top economic priorities of the government.

With the Department of Public Works and Highways (DPWH) as one of lead implementing agencies of the BBB Program, Acting Secretary Roger G. Mercado highlighted at the 2021 Philippine Economic Briefing with Foreign Chambers of Commerce held on November 26, 2021 that investments on infrastructure will be the key drivers in bolstering economic development to build a better post-pandemic economy.

Under the leadership of Secretary Mercado, DPWH is committed to further accelerate the implementation of more projects to immediately create jobs, encourage business opportunities for local suppliers and contractors, and increase economic activity.

“We will pursue equitable regional development by pouring investments for better connectivity roads and bridges in the rural areas”, said Secretary Mercado.

During the virtual briefing, Undersecretary and Chief Implementer of the Build Build Build Program Emil K. Sadain provided greater insight of the DPWH flagship projects that are currently moving on the ground or in the pipeline of implementation nationwide, stressing the importance of these game-changing projects to steer and drive economic recovery and key facilitators to balanced development nationwide.

Flagship infrastructure projects that are vital and have huge impact will see their continued implementation towards the next administration with advanced feasibility studies and other pre-investment activities, detailed engineering designs, government-to-government financing arrangement, and bidding process preparation, added Undersecretary Sadain. 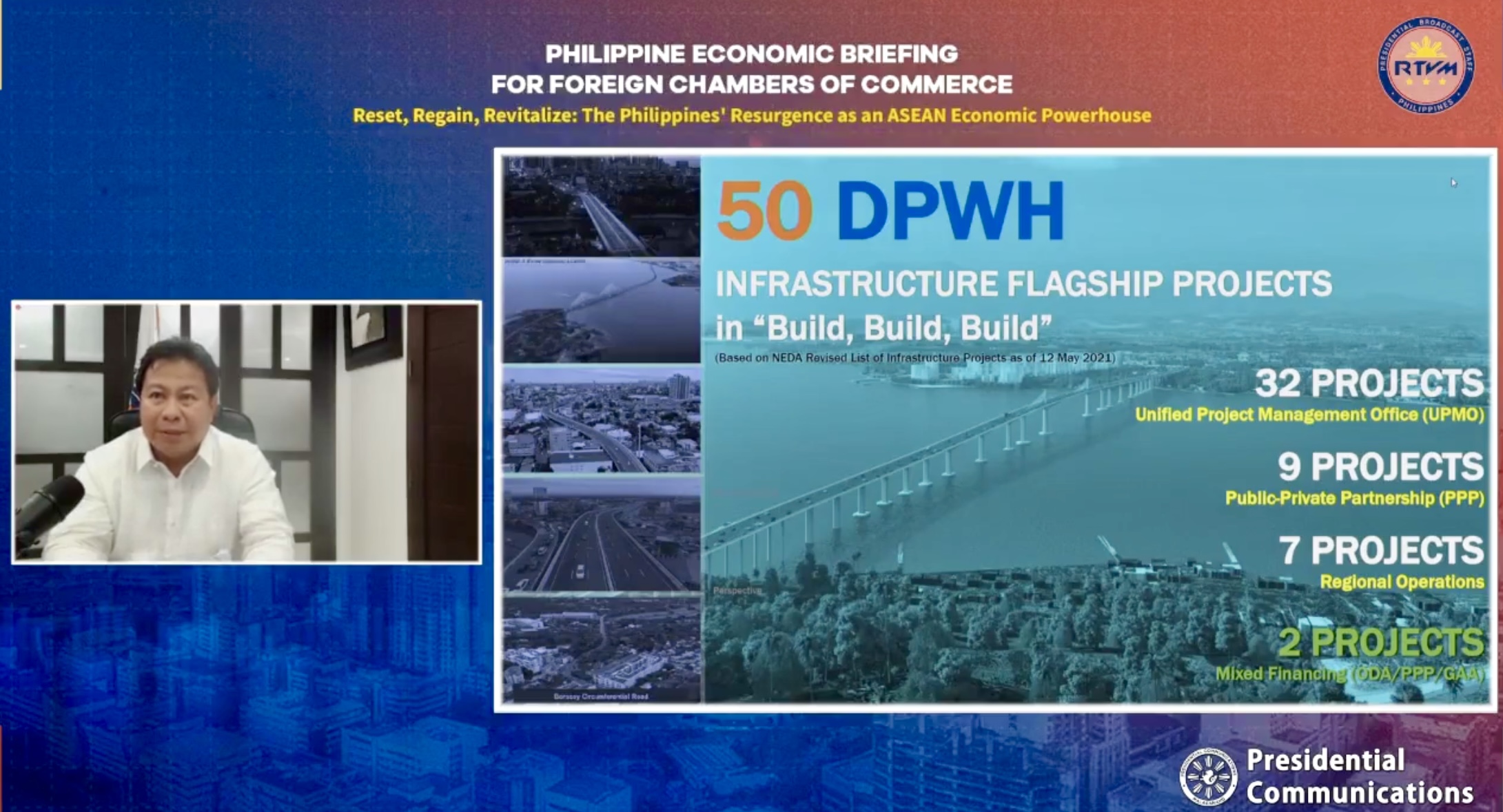 As the country’s engineering and construction arm and despite the challenging circumstance faced with the Covid-19 pandemic, DPWH kept its commitment in the development and implementation of projects with a July 2016 to September 2021 accomplishments all over the country of 31,977 km of roads constructed, maintained, widened, upgraded, and rehabilitated; 6,333 bridges widened, upgraded, rehabilitated, and strengthened; and 12,394 flood mitigation structures.

The Philippine Economic Briefing with the theme, "Reset, Regain, Revitalize: The Philippines' Resurgence as an ASEAN Economic Powerhouse,” aims to update members of foreign chambers on the government’s initiatives to navigate the recovery. 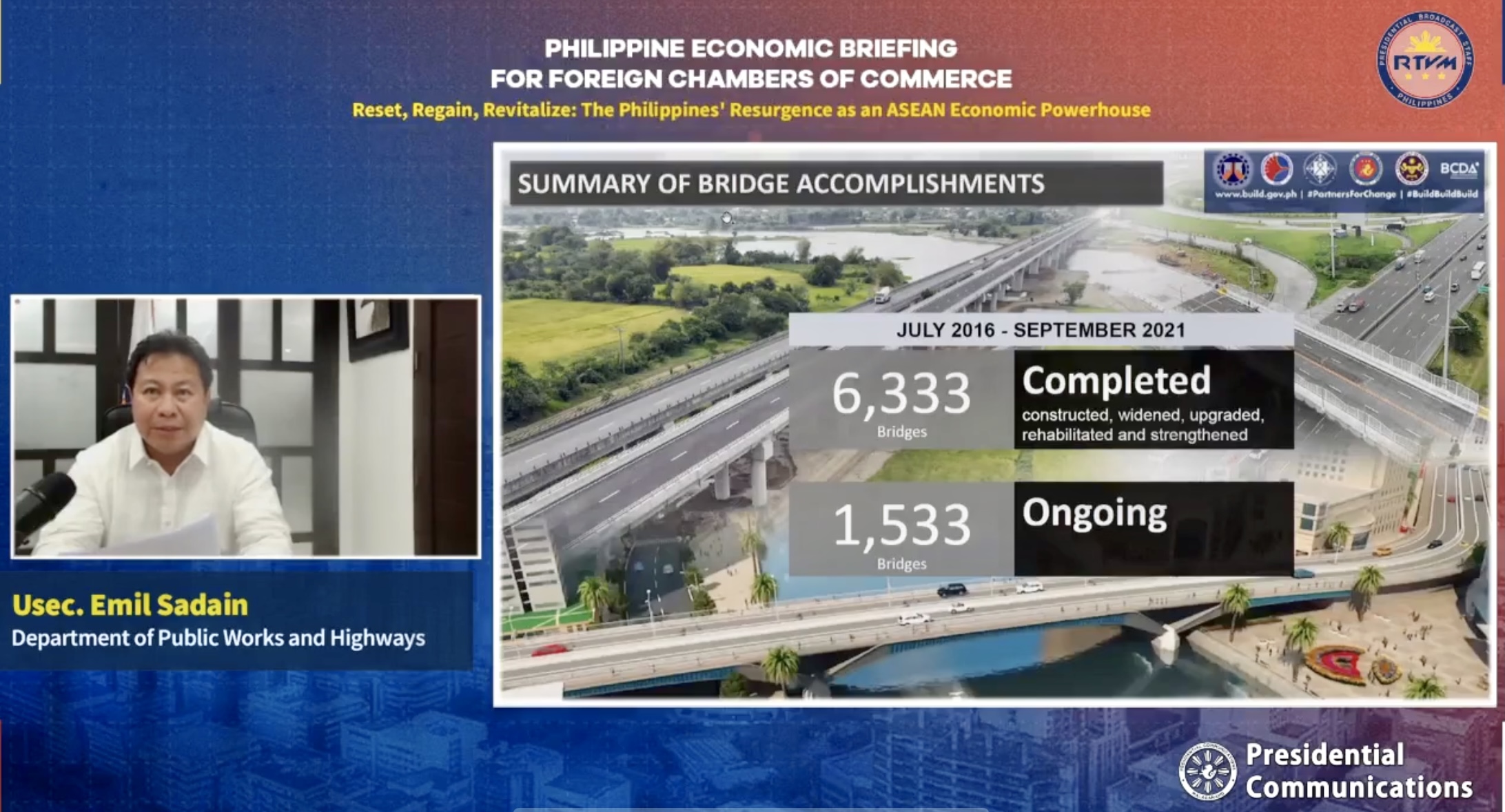