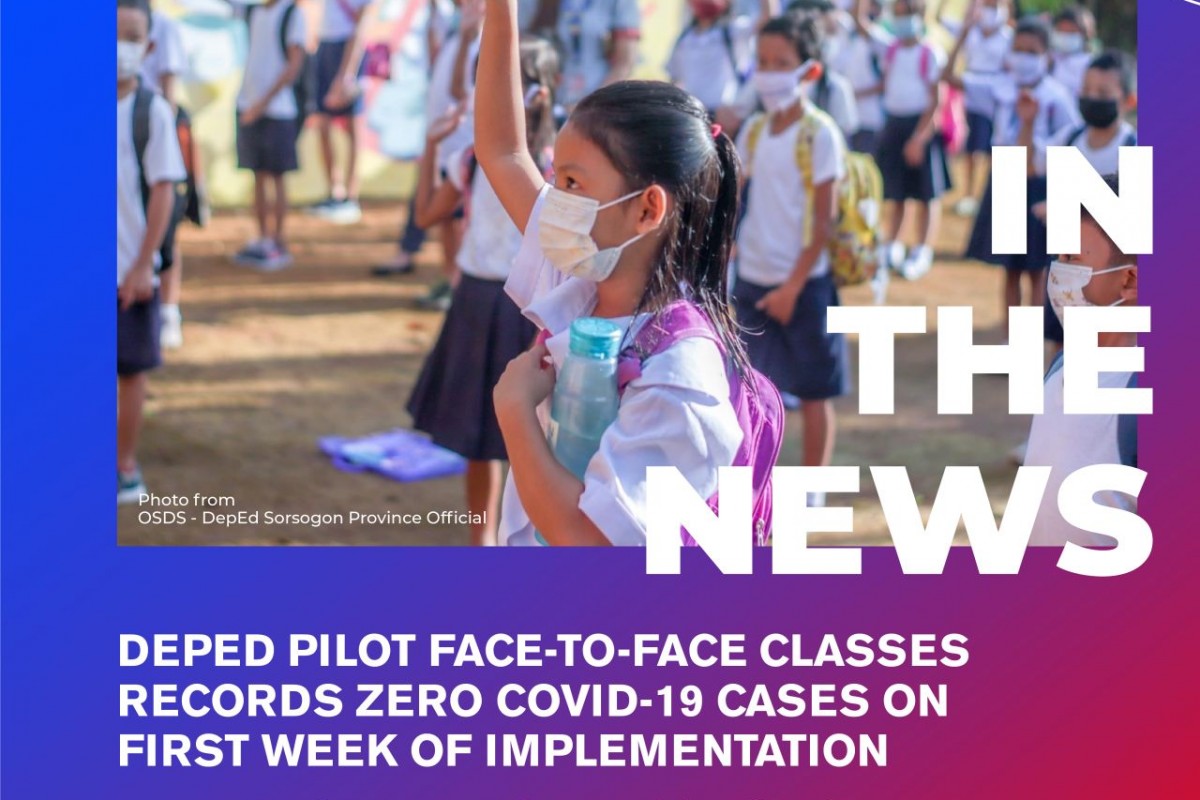 PASIG CITY -- Committed to developing models for the safe resumption of face-to-face learning, the Department of Education (DepEd) shared last Tuesday, November 23, that no cases of COVID-19 for participating learners and school personnel were recorded during the first week of the pilot implementation of face-to-face classes.

“We would like to commend the tremendous efforts that our valued stakeholders have provided for the successful and safe pilot run of limited face-to-face classes. The involvement of everybody is crucial to the expansion of the implementation,” Secretary Leonor Magtolis Briones shared.

In the EduAksyon press conference, Assistant Secretary for the National Academy of Sports and Field Operations Malcolm Garma highlighted that one of the important aspects of risk assessment is the strict adherence and enforcement of guidelines in ensuring the safety of learners and other personnel in the participating pilot schools’ operations.

Based on the partial result of the weekly school reporting on the limited F2F classes as of November 24, there were 4,537 learners in Kinder to Grade 3 and Grade 11 to 12 who attended the first week of the pilot run.

Meanwhile, Planning Service Director Roger Masapol pointed out the learners' challenges to be addressed, as well as the experiences of the teachers in the teaching and learning implementation.

According to the latest report dated November 24 from the Planning Service on the pilot run assessment, 62 out of 100 or more than 60% of the schools have already submitted their Week 1 assessment report covering November 15 to 19, 2021. This is understandable because many of the 100 pilot schools are in remote areas with either weak or no internet signal at all. (DepEd)