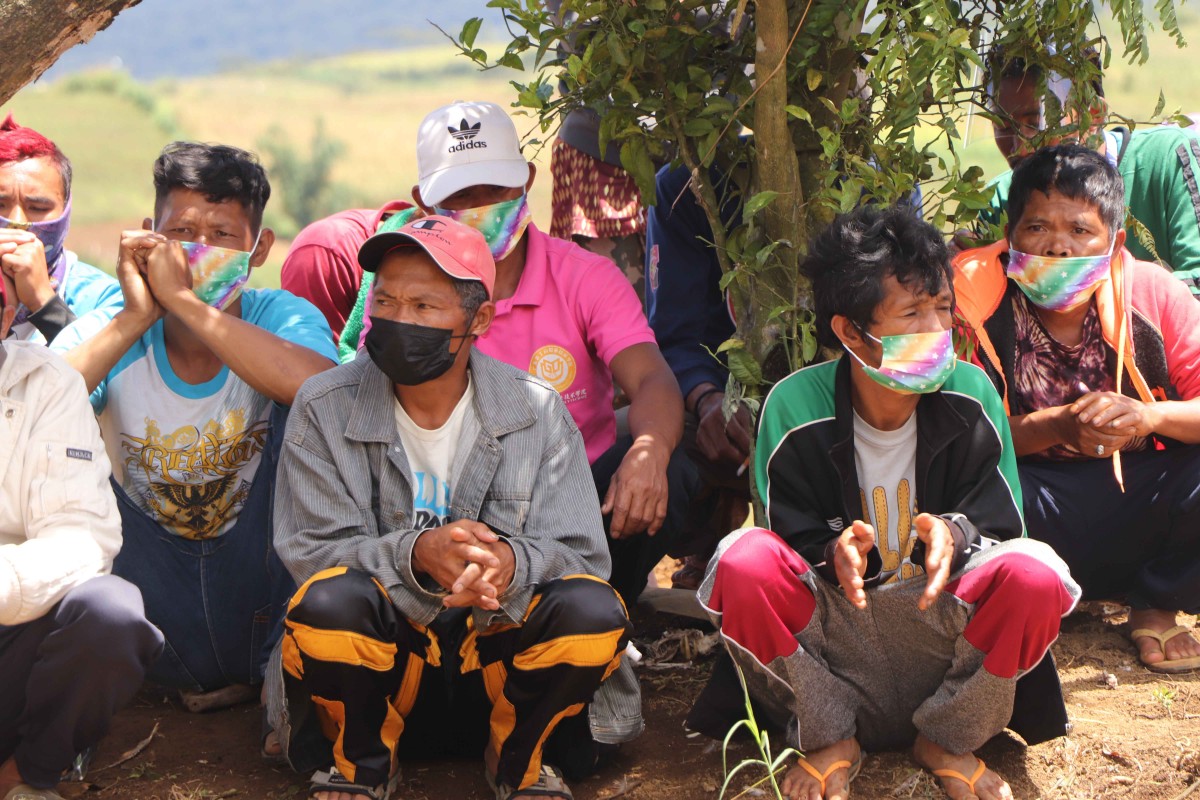 CAGAYAN DE ORO CITY (PIA)--“Abolishing the NTF-ELCAC is uncalled for and unjust to the vulnerable sector.”

This is the statement of Cabanglasan Mayor Renante V. Inocando, one of the recipient municipalities of the FY 2022 Local Government Support Fund Support to Barangay Development Program (LGSF-SBDP), in relation to the Senate’s decision to slash the 2022 funding of said program, affecting 147 Northern Mindanao barangays.

On November 9, the Senate of the Philippines, with their power to deliberate and approve funding of programs that aims to improve the lives of the people, unfortunately slashed the proposed P24-billion budget of the National Task Force to End Local Communist Armed Conflict (NTF-ELCAC) leaving it with just about P4 billion in 2022.

Some Senators said they want to shift the budget for the allowances and benefits of the health care workers - an equally important sector as those in the insurgent-prone Geographically Isolated and Disadvantaged Areas (GIDAs), who have longed for the government’s support even in this time of pandemic.

With the reduction of funds, the identified beneficiary barangays are once again deprived of government support, further widening the gap between the government and its conflict-vulnerable people.

The SBDP, whose end goal is to address the development gap, give P20-million to each barangay for the funding of their various priority projects such as farm-to-market roads, potable water systems, health stations, and other livelihood projects. These projects were identified by the residents themselves based on their needs through the Retooled Community Support Program (RCSP)

In northern Mindanao, 147 barangays will be denied the opportunity for progress if SBDP funds are slashed, leaving these people ‘false hopes, broken promises’ from the government.

Through the program, the barangays that are less fortunate become a priority. Since the signing of Executive Order (EO) 70 of President Rodrigo R. Duterte, the Task Force has achieved various accomplishments and undertakings in implementing grassroots­­ projects and eliminating the 53-year reign of insurgency in the country.

Further, Inocando called out the opposition and challenged them to immerse themselves on the ground to experience the realities that have been happening from these less privileged villages.

“I hope that the people will see the efforts of the national government, especially our leaders in the senate and congress on how important these projects are. I hope they will realize that this program has always been for the people, the poorest, the lowest,” the mayor shared strongly.

While some people do not know the stories of hope and trust unfolding on the ground, some of the 2021 SBDP beneficiaries are loud enough to amplify their voices in support of the program.

Punong Barangay Alejandro O. Sarajeno of Owayan, Tangub City, Misamis Occidental shared that in his 20 years of experience serving his community, it is the first time he felt the government’s presence due to the program.

(In my 20 years of public service, it is only now that we have felt that the national government took notice of us. Through this program that we have longed for, we are very thankful because we will now have the road and water we used to hope to receive)

(I salute and thank the President because of his Executive Order 70, most especially his SBDP. He really sensed our problems - insurgency, health, and all other priority needs of our barangay)

“We have to endure the muddy and rocky road to transport our crops since this is our only means of survival. Sometimes, during rainy days, we need to pass through a floodwater. We don’t have a choice but to continue the life we are used to for the sake of our family. But now that this [SBDP] program has come to our barangay, I am confident that we will no longer experience these difficulties,” said Christian Dave Talian, a resident of Barangay Lirongan, Talakag, Bukidnon.

As of press time, the chamber targets to approve the budget on final reading by the end of the month. It aims to hold then the bicameral conference committee on December 2-4, 2021, after which the proposed national budget will be ratified.

“Our local government units have done much in the development of their constituents, and we can still do more through this program. The SBDP funds will support the LGUs in their pursuit for sustainable peace and development,” said Department of the Interior and Local Government (DILG)-10 Regional Director Arnel M. Agabe. (DILG-10/PIA-10) 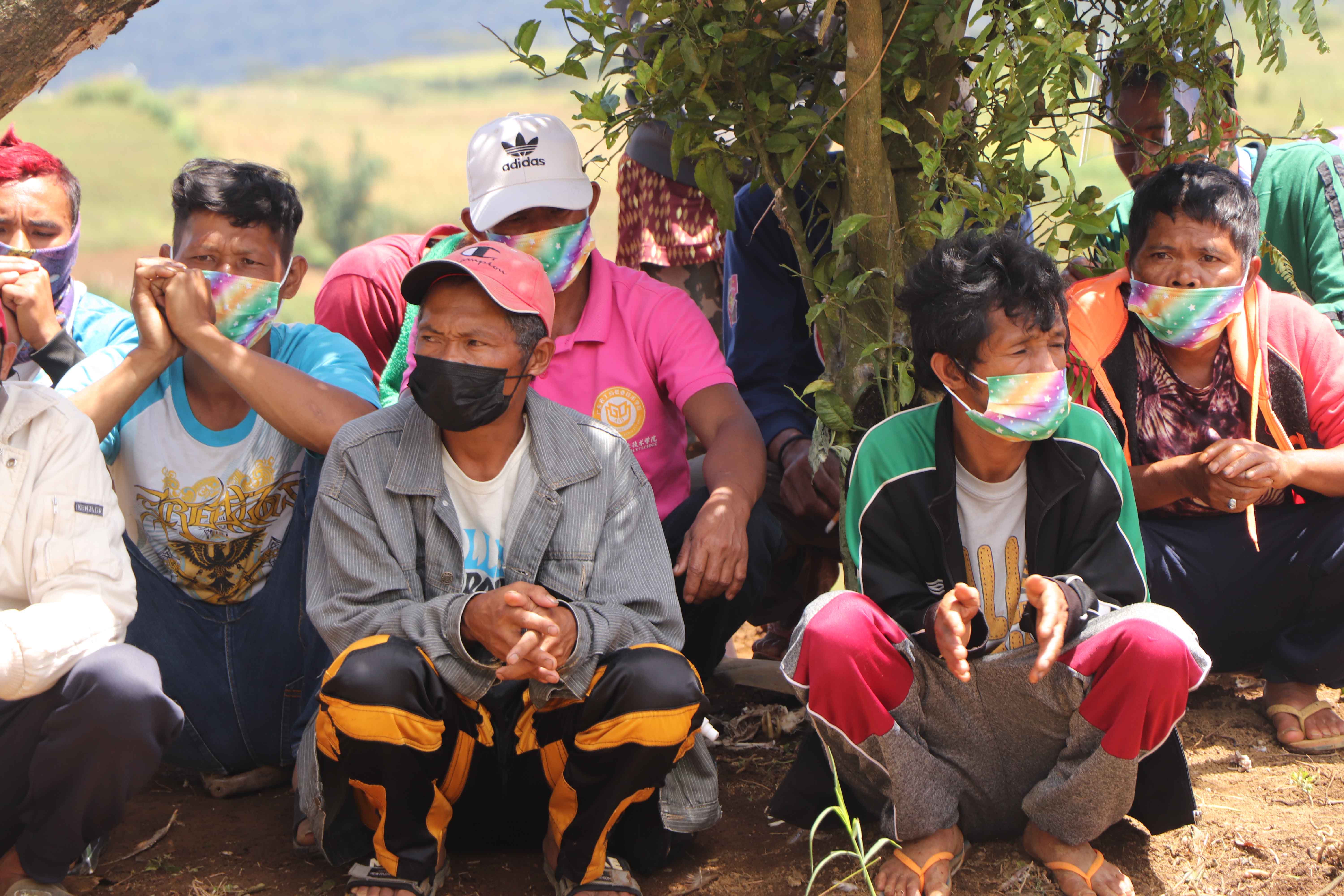 For the people. Recipients of a P20-M farm-to-market road in Barangay Lirongan, Talakag, Bukidnon, attend the project's groundbreaking ceremony, September 2. The project is funded by President Rodrigo Duterte's Support to Barangay Development Program (SBDP) in a bid to end local insurgency in conflict-affected communities.