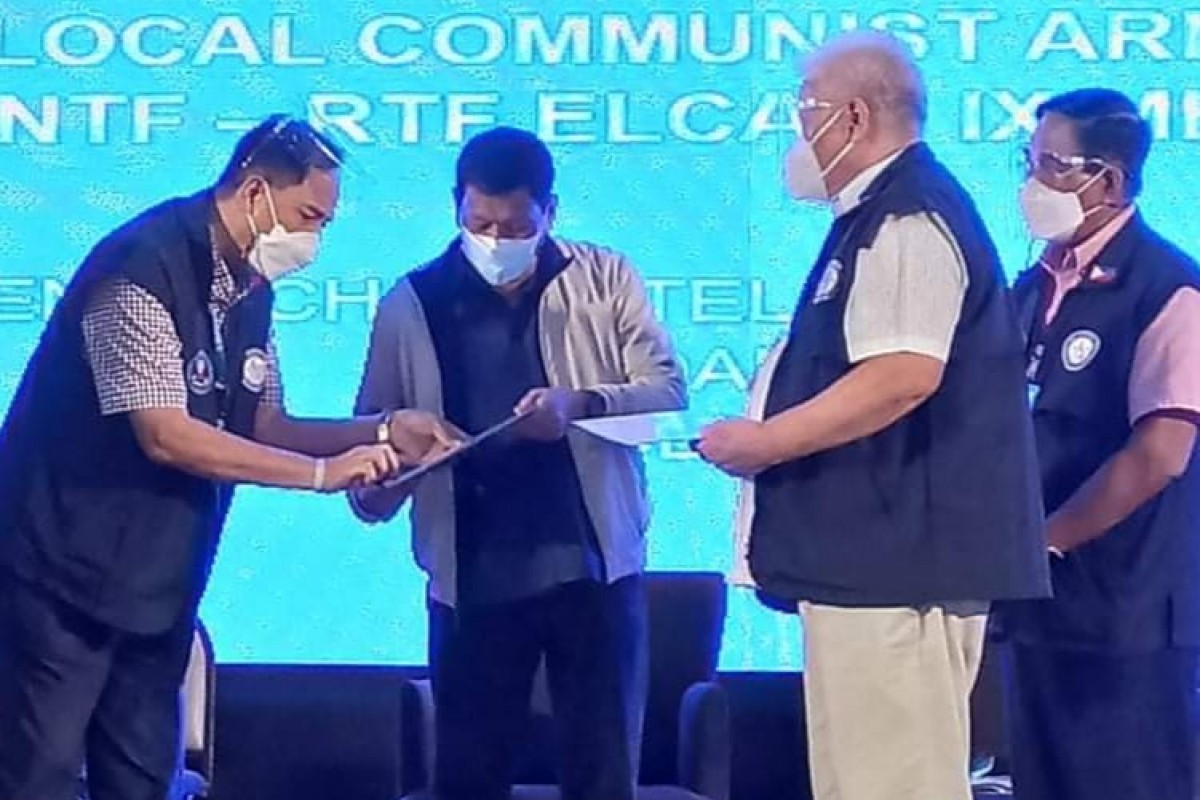 The ceremony was part of the program during the joint meeting of the National and Regional Task Forces to End Local Communist Armed Conflict (N/RTF-ELCAC), led by the President, in Zamboanga City on December 2, 2021.

The FMRs and agricultural projects in ZamPen form part of the Duterte government’s flagship program in addressing communist rebellion and attain sustainable and inclusive peace in the country.

The FMR projects, worth P630 million (M), include:

·         One in Zamboanga del Sur – PRJ Gumahan-Diwan-Parasan-Mabuhay- Sudlon FMR; and

The five FMRs were constructed under DA’s Philippine Rural Development Project (PRDP), funded by the World Bank, and implemented in coordination with the RTF-ELCAC.

Over P1M was already released to Zamboanga City farmers last month during the visit of Secretary Dar.

During the turnover ceremony on December 2, the DA chief committed to continue working with the NTF-ELCAC in pursuit of national and regional projects related to agriculture and fishery development.

These include projects implemented under the DA-PRDP, which is extended up to July 2025, as the World Bank recently approved an additional $280-M (P14B financing and the European Union providing a €18.3-M grant (P2B) for PRDP.

“We thank the World Bank and the EU for this huge assistance. The PRDP is really a shining platform for enhancing agricultural development of the Philippines,” secretary Dar said.

The fresh round of funding is expected to benefit more than 300,000 farmers and ruralfolk in the Philippine countryside, as it will support 267 climate-resilient rural infrastructure, 287 enterprise development sub-projects, warehouse facilities, solar dryers, greenhouses, and irrigation and potable water projects, among others.

To date, Secretary Dar said 454 rural infrastructure sub-projects, benefiting 608,887 households were approved, and 261 are completed. Around 1,229 km of FMRs were completed, and 859 km are under construction.

More than 637 enterprise projects were approved, 70 percent of 2hichnis completed, all benefiting 136,267 farmers.

The RFFA, on the other hand, is an offshoot of the RTL, as Congress has recently legislated that the excess rice tariff collections, net of the P10-B annual budget for the Rice Competitiveness Enhancement Fund (RCEF) be given to rice farmers as unconditional cash assistance at P5,000 each.

Beneficiaries include those tilling two hectares and below, and listed in the Registry System for Basic Sectors in Agriculture (RSBSA). Also qualified are RSBSA-listed rice farmhands and farmworkers.