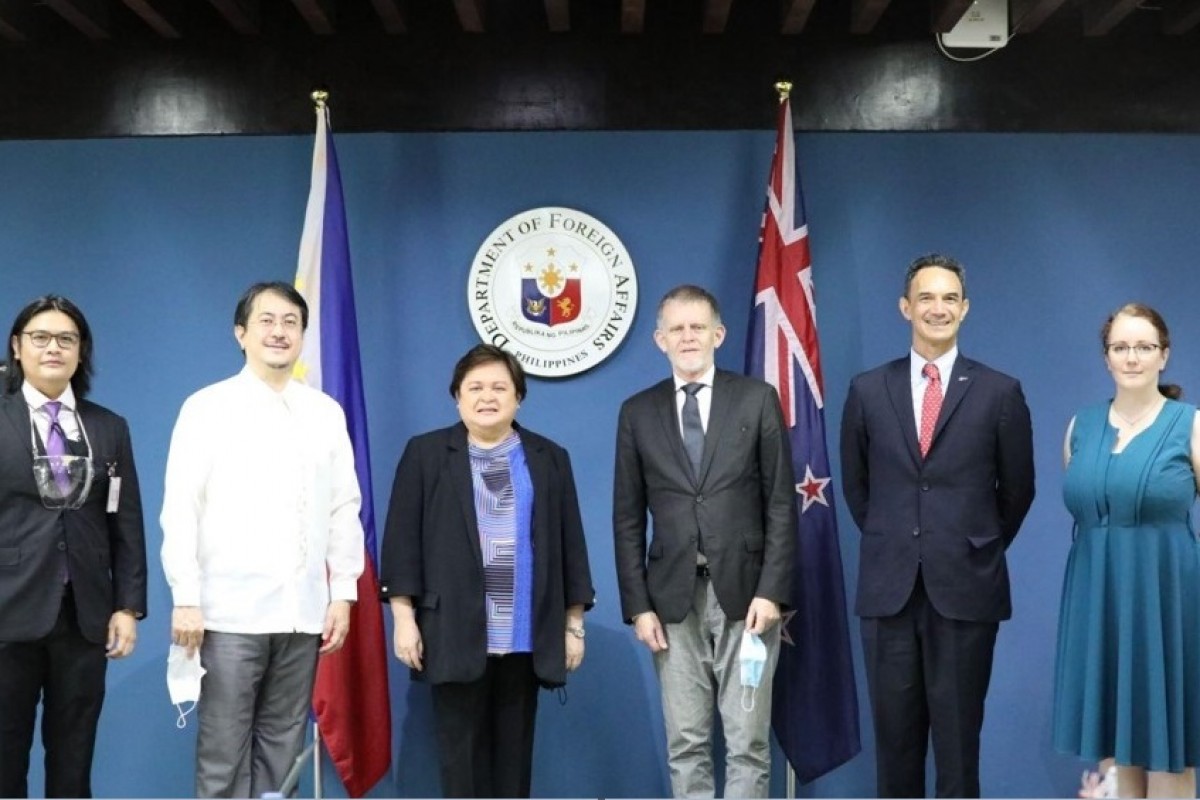 PASAY CITY --  Acting Undersecretary for Bilateral Relations and ASEAN Affairs Ma. Theresa P. Lazaro received New Zealand Ministry of Foreign Affairs and Trade Deputy Secretary for Americas and Asia Group Mark Sinclair for a meeting at the Department of Foreign Affairs on 26 November 2021. Both sides expressed satisfaction on the sustained high-level engagements between the Philippines and New Zealand despite the COVID-19 pandemic.

Acting Undersecretary Lazaro thanked New Zealand for its assistance to the Philippines and to ASEAN in the past year, particularly its ongoing capacity-building and development projects in Mindanao. The Acting Undersecretary also noted the expanding cooperation in a number of fields and the excellent treatment of overseas Filipinos by the New Zealand government.

The two officials exchanged views on regional security issues, climate change, and the situation in the South China Sea. The Acting Undersecretary welcomed the New Zealand Ambassador’s latest statement in support of the 2016 Arbitral Award.

Both sides agreed to further improve two-way trade and investment, as the Philippines and New Zealand work towards post-pandemic recovery. (DFA)