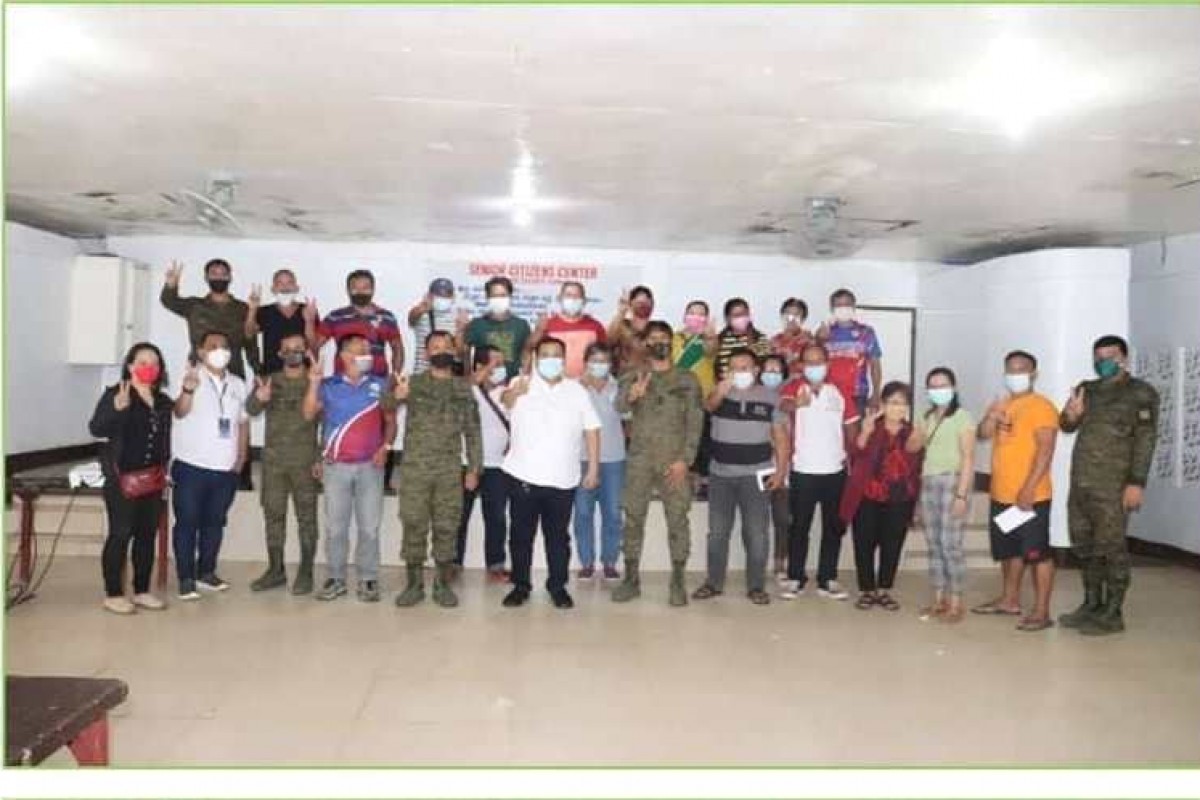 The word UTOD is a Waray term that means cut-off or stop.

The task group is a special unit that is under the umbrella of Eastern Samar Provincial Task Forces ELCAC.

This endeavor was conceptualized in response to the continuous illegal taxation or collection of fees by the CTGs from the local government units, politicians, and businessmen.

The ultimate goal is to destroy the remaining CNTs in Eastern Samar by cutting off their resource generation scheme.
TG U2D believes that the CNTs continue to exist despite heavy tactical and territorial losses because they somehow continue to get large amount of money and other resources from their victims and higher echelon.

Present during the engagement of TG U2D with the barangay captains were representatives from the DILG E. Samar and MLGOO of Can-avid, from 801Bde and 52IB, PA, and from NICA 8.

Mayor Gil Norman P. Germino welcomed and thanked the members of TG U2D for picking Can-avid as the first in the series of engagements that are programmed by the group in Eastern Samar.

He gave his guidance and warning to the barangay officials to stop and refrain from supporting the CTGs in order to put an end to the more than five decades of insurgency in the country.

Ms. Edna Lumbre of DILG - E. Samar discussed the duties and responsibilities of barangay officials in maintaining peace and order as mandated in the Local Government Code.

For the part of the PLEDS, Col. Lenart Lelina of the 801st Brigade discussed the extortion scheme of the CTGs, enumerated the factors that make the barangays vulnerable to extortion. He also gave some tips on how to counter extortion.

On the part of SAKM, Deputy Regional Director of NICA-8, Mr. Joseph Garcio enlightened the participants about the different sources of funds of the CTGs and its distribution scheme on the national scope.

There were two former rebels who gave their own stories about their experiences in the conduct of extortion while they were still in the CTG movement.

They also offered some tips on how to counter the extortion scheme of the CTG.

A former rebel revealed that the best way to insulate one's barangay from extortion is through good governance, by planning and implementing development and infrastructure projects and programs.

Likewise, they were very thankful for coming up with the activity and suggested for TG U2D to also engage the mayors and municipal councilors, including those candidates in the upcoming national and local elections.

Other activities of TG U2D that are programmed for implementation in Eastern Samar include posting of tarpaulins in GIDAs, broadcasting over radios, and posting on social media with messages to stop supporting the CTGs.

These activities were planned during the first meeting of the group on November 16, 2021, at the office of NICA 8 attended by Regional Director Eustacio Bacabac; BGen. Camilo Ligayo, commander of the 801st Brigade; Provincial Director Visitacion Giva of DILG - E. Samar; Ninfa Quirante, OIC of PIA 8; PCol Matthe Aseo, provincial director of ESPPO; and Atty. Geraldine Arica of the Regional Prosecutor Office 8. (801Bde)