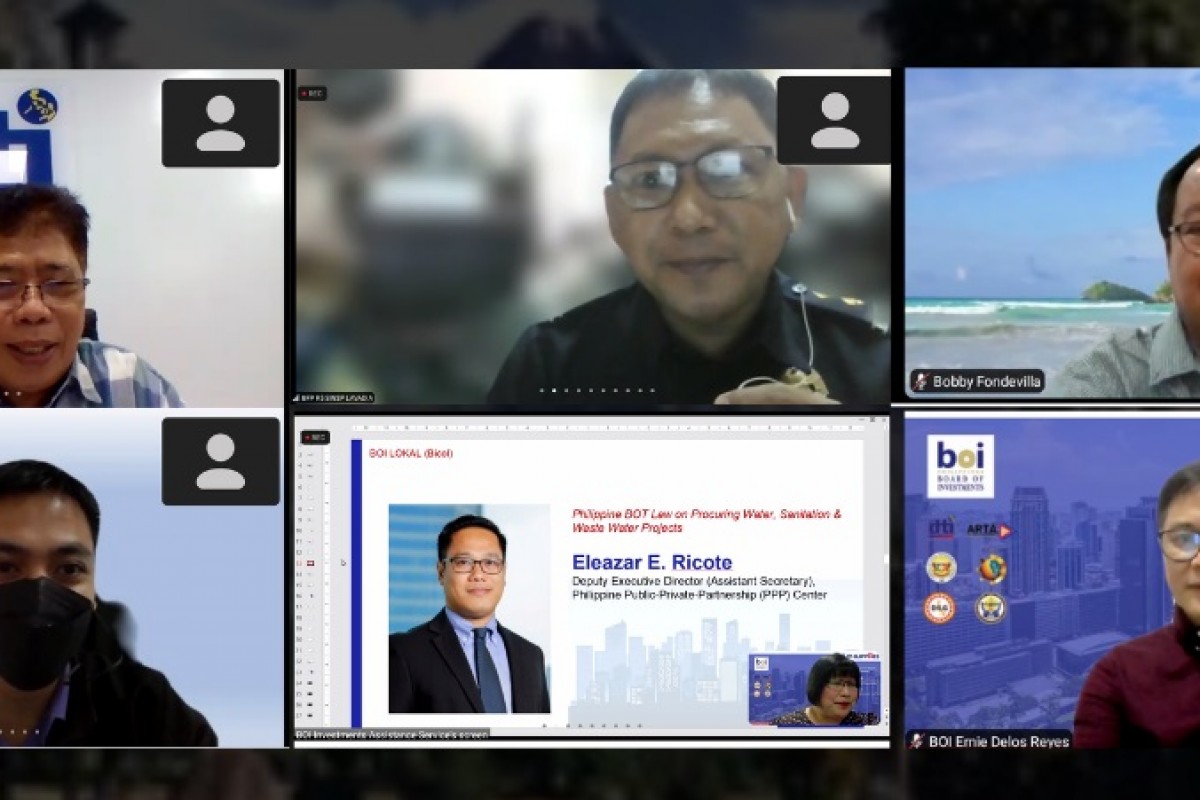 Aiming to bolster the investment promotion and facilitation capability at the local level, the Board of Investments (BOI) conducted the “Linangin ang Obligasyon at Kakayahan tungo sa Aktibong Lokal na Pamumuhunan” (BOI-LOKAL) webinar for the Bicol Region to bring more investment opportunities into its localities.

The Department of Trade and Industry (DTI) Bicol Regional Director Rodrigo Aguilar pointed out that BOI-LOKAL’s initiative would help the local government units (LGUs) to bring investment opportunities to the region, as the pandemic affected the attractiveness of the region to spur investments. To rise from the LGUs’ lack of capacity in their needs, government functionaries such as the  BOI were “imperative” to provide the necessary assistance, he added.

“Malaking bagay po ito sa atin [This is of great help]. We hope you take advantage of this opportunity,” he told the participating LGU officers for according to him, the solution to the region’s unemployment is the sprout of big businesses.

Regional Director Aguilar expressed his optimism that more feats could be clinched for many years with the continued synergy between the national and local governments while the country is still healing from the inflicted economic whiplash by the pandemic.

For his part, BOI Executive Director Bobby Fondevilla recognized the importance of the Bicol region’s “very cooperative” coordination with the BOI, as the LGUs serve as the “front liners” in the investment generation of the country.

“BOI, together with our partner agencies, has been continuously promoting ease of doing business sa PIlipinas,” he added emphasizing that the ease of doing business is “crucial” towards the attainment of economic recovery.  “None of the desired results will come to fruition without collaborative efforts,” the Executive Director said.

Other matters about the investment promotion of the region were also discussed throughout the first day of the event.

LEDIPO’s primary job is to facilitate local economic investment such as the esbalishment of a local economic database, a platform to which investors can rely on whenever they need information on a certain area. “Sila po ang focal person at mag-assist kay local chief executive para sa investment facilitation [They are the focal person and they will assist local chief executives for the investment facilitation],” she explained.

Mr. Paul Erwen Parreño, Chief of the Doing Business Division of Anti-Red Tape Authority (ARTA), touched on the topic of Simplification of Registration Procedures and One-Stop-Shop in LGUs. According to the official, local governments should automate their business permitting and licensing through Electronic Business One-Stop Shops (E-BOSS).

A total of 525 LGUs had fully or partially put up their E-BOSS system, the ARTA official reported. He then encouraged LGUs to form their Committee on Anti-Red Tape (CART).

On the other hand, SINSP Gerald Elino Lavadia, Acting Chief, Fire Safety Enforcement Division of the Bureau of Fire Protection (BFP) Bicol, talked about the Revised IRR of the Republic Act (RA) No. 9514 or the Fire Code. The LGUs play an important role in the enforcement of the fire code to ensure the safety of the business establishments in the region, he emphasized.

Mr. Eleazar Ricote, Deputy Executive Director of the Philippine Public-Private-Partnership (PPP) Center discussed the Build-Operate-Transfer (BOT) Law on Procuring Water, Sanitation & Waste Water Projects. He noted that many localities across the country still had no efficient water supply, and offered PPP as a “cost-efficient” way for the construction of facilities, particularly water sanitation, which is a massively expensive project.

As Bicol has been “very active” in the PPP projects, the region could be supported by measures that put investment ideas into reality. The Mandanas ruling that allots bigger revenue share to the LGUs, could serve as a leverage for more PPP projects to attract business partners, Deputy Executive Director  Ricote said.

“Do market sounding and put ideas into a real project and you can also tap expertise from universities for your PPP Projects,” he advised the LGU officers.

For the last part of the seminar, Brenda Miranda, Acting Director II, Local and Concurrent Chief, Policy and Planning and Standards Division of the Department of Finance (DOF), discussed the reminders on the Assessment of Local Business Taxes, Registration, Renewal of Business Permits & Licenses and the Imposition of Local Taxes, Fees, and Charges.

The Finance official shared with the participants the assistance that the DOF could offer to the local government in the effective and sustainable management of fiscal and financial resources.

The second day of the event served as catalyst for an investment dialogue between Bicol LGUs and companies who wanted to invest in the region.

SM Prime Holdings mentioned modalities they can offer to the Bicol LGUs such as the redevelopment of the market with its business model the Kadiwa Market in Dasmarinas, Cavite. Meanwhile, Balibago Waterworks System expressed its intention to partner with various LGUs in developing water utility infrastructure projects such as groundwater supply extraction.

The country is gradually opening up again its economy as reported COVID cases are dwindling. However, collaboration is pertinent to make “future-proof” efforts in preparation of another health crisis, if the same emerges once again, according to Ernesto Delos Reyes, Jr., Officer in Charge Director of the BOI’s Investments Assistance Service (IAS).

“We will no longer take a step back,” he said assuring continued assistance of the BOI to the Bicol region with complementing efforts and stronger collaboration. “Let us make our country an investment destination of choice. Let’s make it happen,” he concluded.

Bridging the gap between the investors and the LGUs, BOI-LOKAL is one of the programs of the Investments Promotion Units Network (IPU Net) to increase competitiveness and the efforts of the LGUs to attract more businesses as well as to catalyze the stepping up of the less developed areas (LDA).

BOI-LOKAL eyes to disseminate the BOI’s services and its concurrent initiatives to promote partnership with the LGUs and to stimulate the engagement with them in “upgrading the business climate in the country furthering the retention, expansion, and diversification of the businesses in the region.”

Furthermore, another aim of the program is to share awareness on existing policies of other government agencies aligned with the Ease of Doing Business Law, tax incentives, and assistance provided to investors under Executive Order No. 226, and the Local Government Code. (BOI)