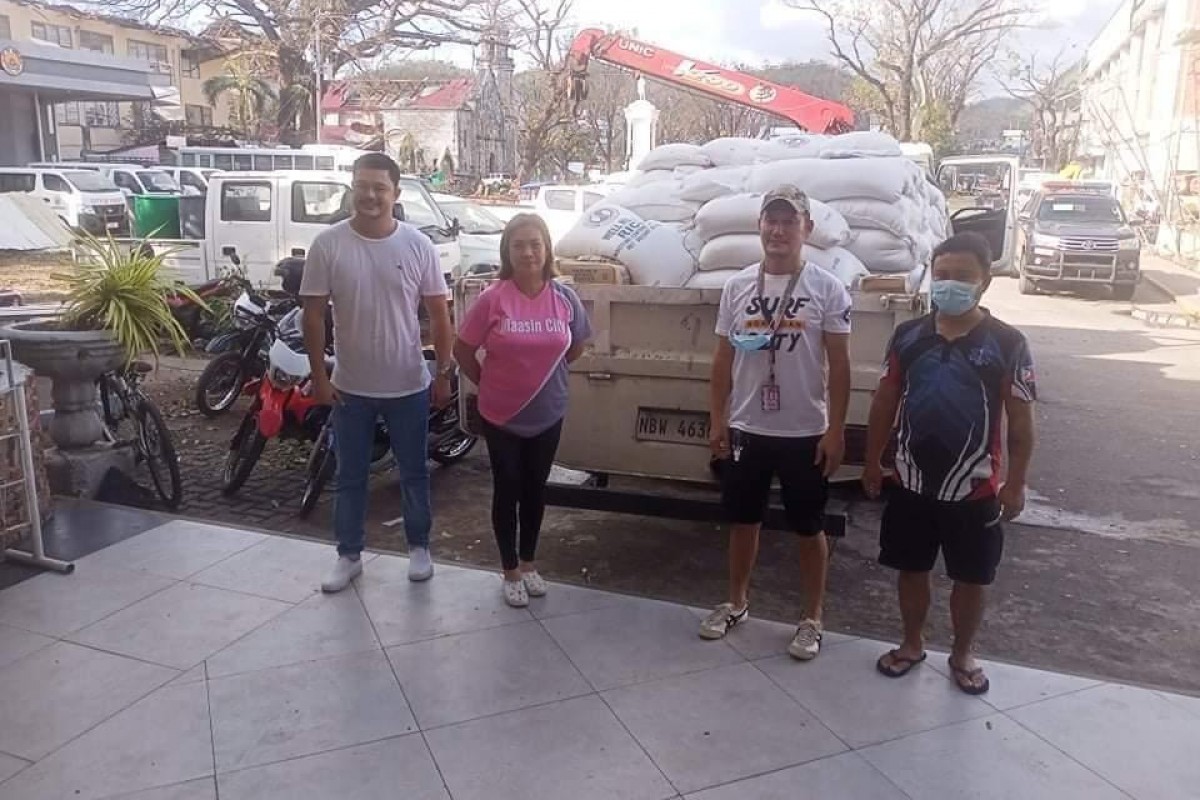 BORONGAN CITY -- After #OdettePH devastated parts of the Visayas and Mindanao, the City Government of Borongan quickly answered the various calls for help from areas severely affected by the super typhoon in Siargao Island, Surigao and Maasin City, Leyte.

On Tuesday, December 21, 2021, Borongan City LGU headed by Mayor Jose Ivan Dayan Agda sent two fishing vessels en route to Surigao del Norte carrying relief aid that would help the province recover from the impact of Super Typhoon Odette. The relief effort will benefit families who lost property due to the strongest typhoon to ever hit the country this year.

"This is our way to reach out to the victims of the Super Typhoon Odette. Like Siargao and most of the severely affected places in the Visayas and Mindanao, we've been hit by strong typhoons before. We, Boronganons, know how hard it is to recover so we are doing our part," Mayor Agda said.

The said relief assistance will be turned over to the General Luna Municipality in Surigao del Norte province. Included are 2,000 corrugated sheets, 25 tarp rolls, 100 slim jugs of purified water, 20 boxes of umbrella nails, 2,000 loaves of bread, and 200 sacks of rice.

The cargo will be transported via two KFJ fishing vessels lent by Erwin Enson who allowed the City government to use them with zero fees for the sake of the relief mission. The carrier will sail from Borongan City port to the General Luna Municipality in Surigao together with the Mayor's representative Reginald Lorico, the Borongan City Risk Reduction Management Office (CDRRMO) team, the Philippine National Police, and Borongan City Information Office.

Meanwhile, hours after the typhoon hit on Friday, December 17, the city was one of the first responders who sent relief aid to Maasin City, Southern Leyte and Inopacan, Leyte. The relief operations were organized by the City Government of Borongan and the Sangguniang Panglungsod of Borongan providing 145 sacks of rice to Maasin, and five sacks to a particular barangay in Inopacan, Leyte.

According to Mayor Agda, Borongan City's resources should not only benefit Boronganon citizens but the call to serve people needs to transcend to the victims in Maasin and Inopacan, Leyte.

"Let us help each other in this time of crisis. The most important thing right now is that, as we help our Borongan community move forward in the aftermath of the typhoon, while we also extend our help to those who are in dire need of our assistance," Mayor Agda remarked.

All for one for Siargao surfing community

What makes the mission significant for the relationship of Borongan and the Siargao community is the common ground they share when it comes to surfing. This is because the Siargao surfing community has actively participated for the last two national surfing competitions hosted by the City of Borongan.

However, Agda remarked that the mission is an action of sympathy which is greater than the shared interest in surfing, saying that our communities who have established a genuine bond for the past years are here to help one another.

"They (Siargao community) have been our guests for the past years for the Surf in the City competition, and this is to show sympathy that we are not only united in surfing alone, but also in other things especially in this crisis," said Agda.

During the Surf in the City 2021, Siargao surfing community dominated the competition composed of multiple teams. Notable surfers such as Philippine Surf Athletes Ikit Agudo, Nilbie Blancada, including Philmar Alipayo among others also joined the said competition.

In the afternoon of December 16, 2021, Typhoon Odette made landfall in Siargao Island where it wiped out thousands of houses and livelihood. The provinces of Cebu and Leyte, and northern Mindanao are among the worst hit areas during the onslaught of Odette. (BCIO)