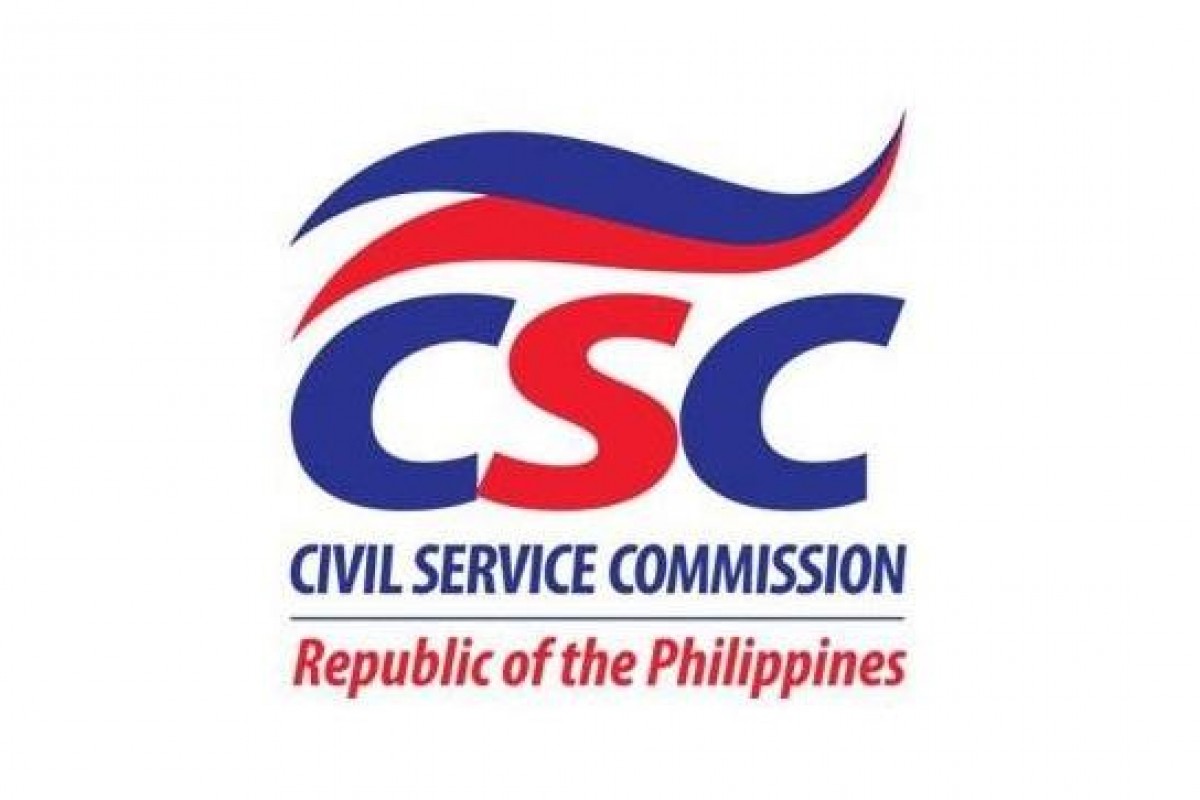 The CCB is a feedback mechanism where the public can request for information and assistance on government frontline service procedures, as well as report commendations, suggestions, and complaints. It can be reached via the following access modes:
-SMS: 09088816565
-Hotline 1-6565 (via PLDT landline)
-Email address: email@contactcenterngbayan. gov.ph
-CSC’s Facebook Messenger: m.me/civilservicegovph

Out of the total transactions handled by CCB, 91,768 were from emails; 86,818 from Messenger; and 32,737 from SMS—comprising the bulk at 80%—while the rest were from calls, printed mail, walk-in clients, and those forwarded by the Office of the President’s Complaint Center 8888 Portal.

The CCB categorizes transactions that are acted upon as either simple or complex. Simple transactions are those that are normally resolved at the level of the CCB agents and supervisors, such as providing information on queries on government services and procedures. Complex transactions refer to matters that require involvement of other government agencies.

Bulk of the transactions received were simple concerns at 146,830 (69.13%), which were quickly addressed by the facility, while 8,147 (3.84%) comprise the number of complex concerns. The remaining 57,405 (27.03%) consisted of messages that do not need further action, such as replies of clients and agencies, follow-ups on existing concerns, duplicate messages, and additional queries.

Per nature of transaction, majority was comprised of queries at 203,623 (95.88%), while the rest were requests for assistance, complaints, commendations, and suggestions.

The agency with the most concerns received was the Overseas Workers Welfare Administration with 2,277 transactions, composed mostly of OFW repatriation requests. The SSS came in second at 1,767 transactions mostly related to processing of benefit claims. The Bureau of Internal Revenue came in third with 279 transactions.

Meanwhile, among the government agencies with more than 50 referrals received from the CCB in 2021, the top 10 agencies that posted the highest resolution rate are: 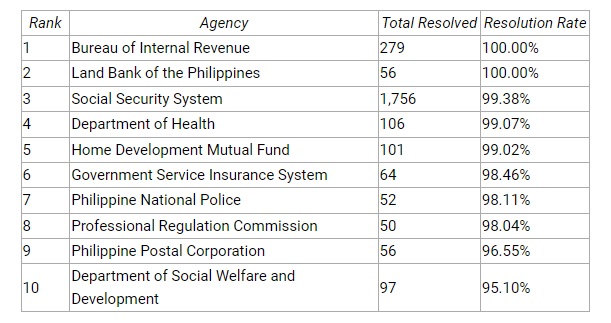 The CCB was established in 2012 through the joint initiatives of the CSC and the Department of Information and Communications Technology (formerly National Computer Center), pursuant to Republic Act (RA) No. 9485 or the Anti-Red Tape Act of 2007.

Said law was amended by RA No. 11032 or the Ease of Doing Business and Efficient Government Service Delivery Act of 2018. The latter’s Implementing Rules and Regulations state that the CCB and the feedback facility of the CSC shall be part of the complaints mechanism under the Citizen’s Charter of government agencies.

The 15-seat onsite facility is located at the CSC-Central Office and managed by the Public Assistance and Information Office. It operates from Mondays to Fridays, 8 a.m. to 5 p.m., except holidays.