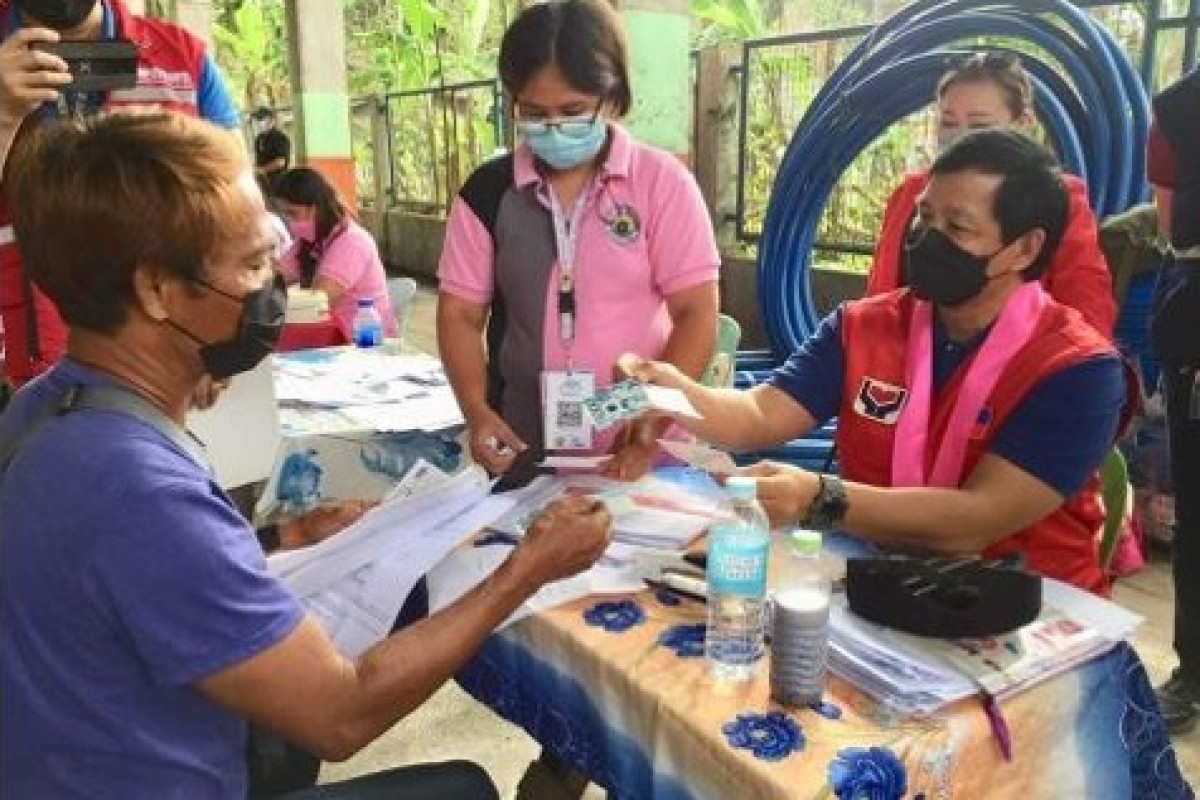 QUEZON CITY -- In continuation of the disaster response operations, Department of Social Welfare and Development (DSWD) Secretary Rolando Joselito D. Bautista, along with partner national government agencies, conducted a series of visits in the provinces of Bohol and Southern Leyte to ensure the continued provision of assistance to the families and individuals hit by Typhoon Odette.

Secretary Bautista led the pilot distribution of financial assistance to families severely affected by the Typhoon in Maasin City, Southern Leyte on January 18. The Secretary was joined by Department of the Interior and Local Government (DILG) Undersecretary Martin Diño, as both members of the Joint Monitoring Inspection Committee (JMIC).

Based on the Joint Memorandum Circular No. 5 series of 2021 of the DILG, DSWD and the Department of National Defense (DND), the JMIC shall be created in every city or municipality under the State of Calamity to monitor the compliance of their respective local government units (LGUs) to the guidelines on the distribution of cash assistance to localities hardest hit by Typhoon Odette.

The members of JMIC, including Secretary Bautista, also conducted a consultative meeting with the Provincial Government of Southern Leyte headed by Governor Damian Mercado and his Local Chief Executives to ensure the smooth payout of the financial assistance to the affected.

In a related development, the DSWD Secretary also supervised the releasing of financial assistance to the severely affected and low income families in the municipalities of Alburquerque and Dauis in Bohol on January 19.

The DSWD Secretary assured the provincial government of the Department’s continuous support and resource augmentation to ensure that the affected population in the province is assisted. Furthermore, Secretary Bautista emphasized that on top of the augmentation support, various DSWD programs such as cash for work/food for work, Assistance to Individuals in Crisis Situation, Sustainable Livelihood Program, and the provision of food and non-food items can be availed of by the affected families.

Meanwhile, the funds being used for the distribution of financial assistance to the victims of Odette were directly released by the Department of Budget and Management to the affected LGUs through the issuance of Local Budget Circular No. 141. Following the provision of the LBC, the affected residents shall receive the amount of Php 1,000.00 per affected individual with a maximum amount of P5,000.00 per family.

The DSWD, on the other hand, ensures to continue to augment the necessary resources, particularly the provision of food and non-food items and other services, to the affected local governments, which are the first responders in disasters and calamities, as stipulated in Republic Act (RA) 10121 or the Philippines Disaster Risk Reduction and Management Act of 2010. (DSWD)