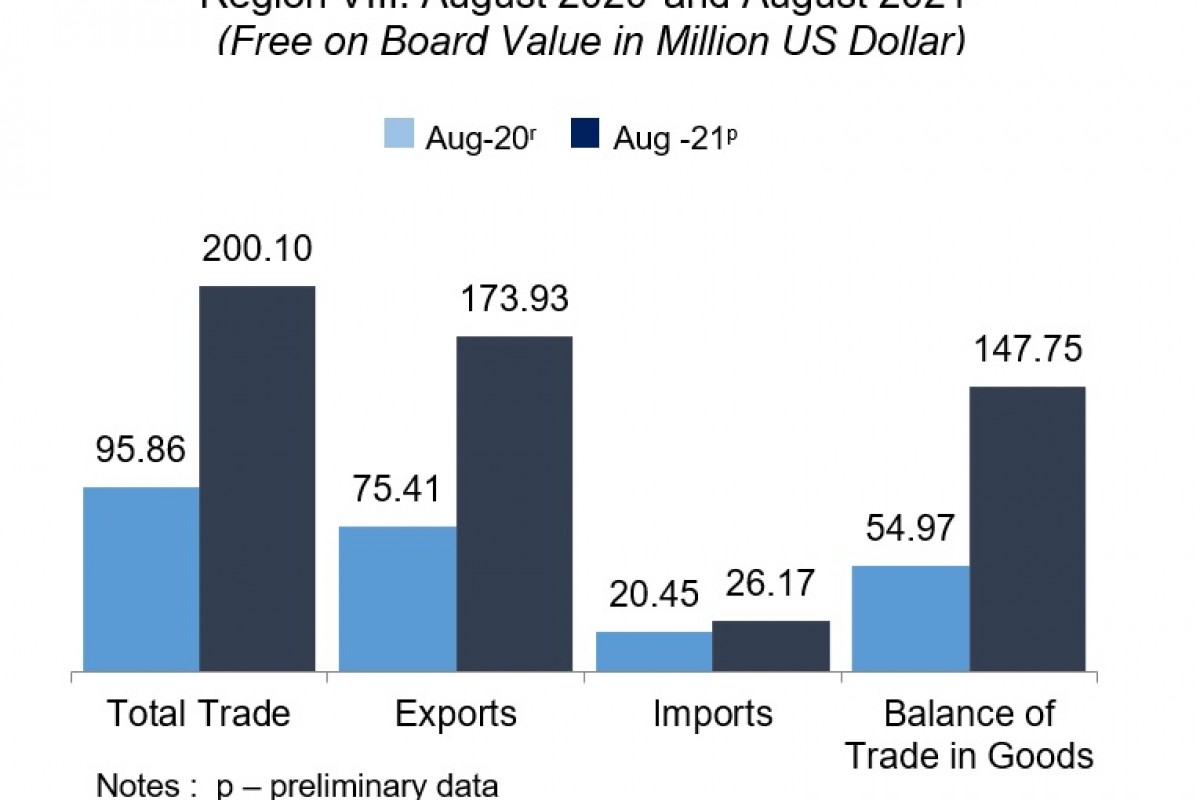 The total volume of the region’s export in August 2021 was 151.98 million kilograms. The region’s exports were composed mainly of copper and articles thereof commodity group. This was valued at USD164.46 million and shared 94.56 percent of the total value of exports in August 2021. Export sales from People’s Republic of China registered at USD115.50 million was two-thirds (66.41%) of the total export value of the region, making it the top export destination in August 2021.

Meanwhile, the total volume of the region’s import in August 2021 was 75.38 million kilograms. The bulk of the region’s imports was the commodity group of mineral fuels, mineral oils and products of their distillation; bituminous substances; mineral waxes. This commodity group contributed USD16.99 million or 64.90 percent of the total import value in August 2021. About 44.64 percent of the goods imported by the region came from Singapore, which billed USD11.68 million in August 2021. (LDL/GTT with PSA RSSO 8)