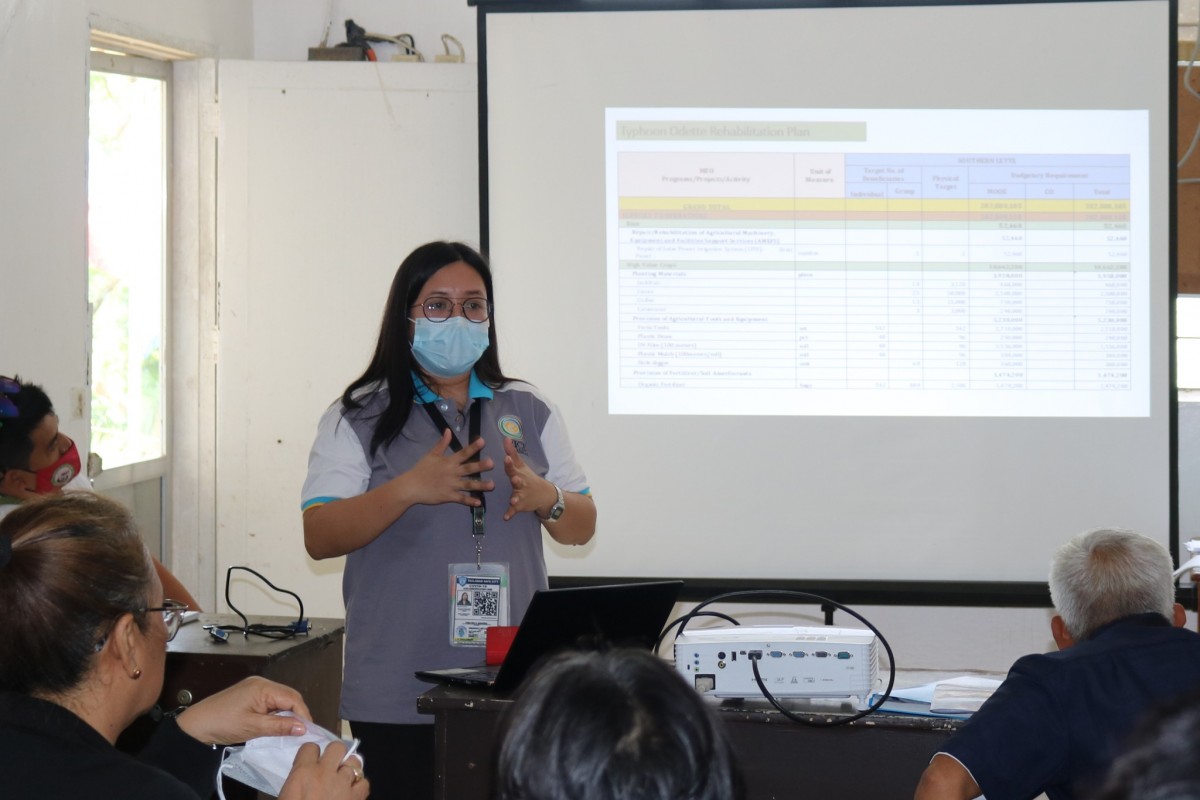 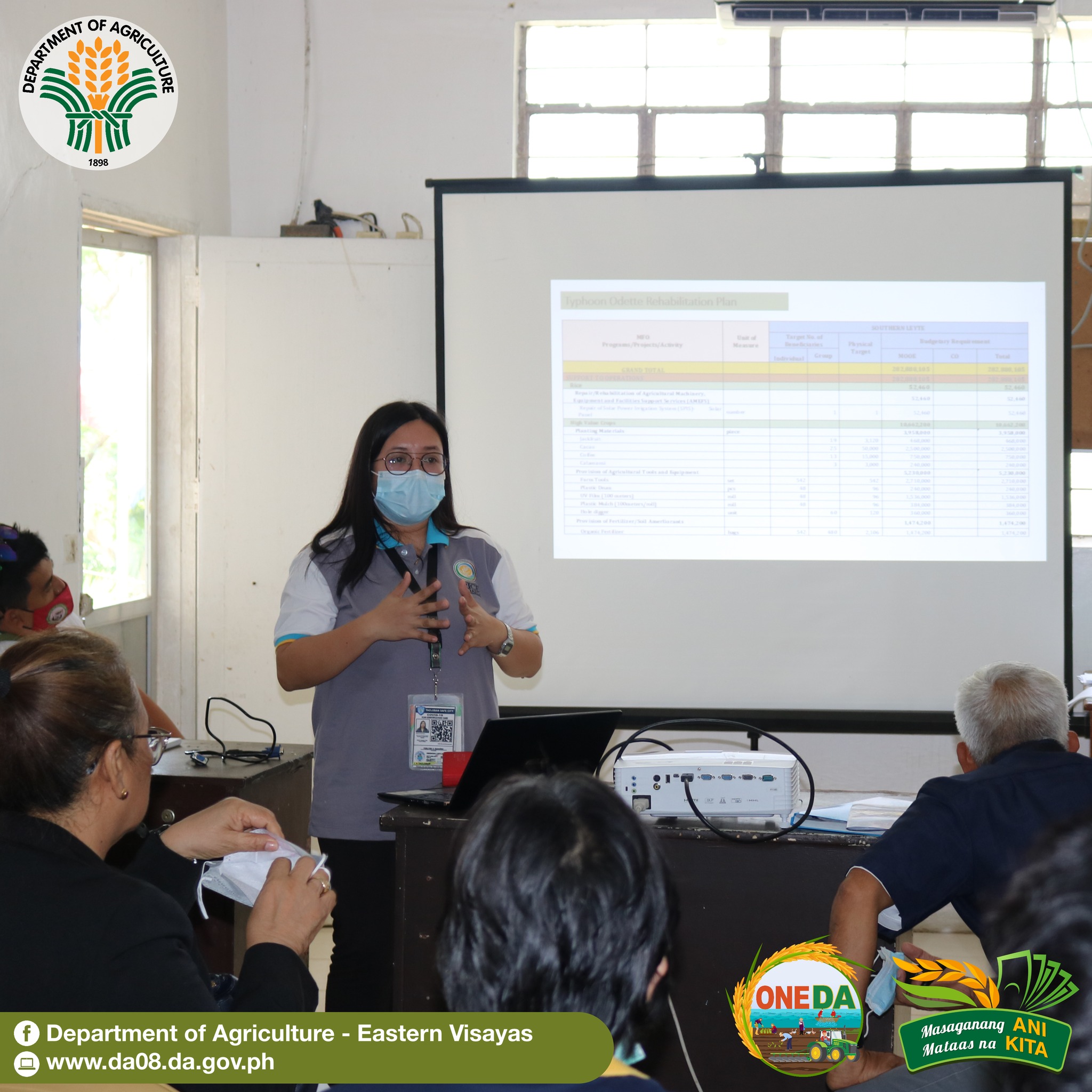 The recent calamity affected around 90,000 farmers and fisherfolk in Southern Leyte with production loss valued at P1.8 billion. The quick response fund of DA shall include the repair/rehabilitation of agricultural machineries, equipment and facilities; provision of planting materials, tools and equipment, fertilizer and soil ameliorants; distribution of large and small ruminants, swine and poultry animals, including feeds, drugs, biologics, supplements and polynets, among others.

Also, Dr. Orais shared on the need to revisit the Collaborative Provincial Agri-Fishery Extension Program (CPAFEP) of Southern Leyte being the pilot province in the implementation of Province-led Agriculture and Fisheries Extension Systems (PAFES) in the region. It was noted that the identified priority commodities, particularly coconut, abaca, fisheries, vegetables and swine were heavily affected when Typhoon Odette battered the province in December 2021.

Provincial Administrator Jason Calva presided over the meeting and emphasized the sentiment of Governor Mercado on the need of programs and projects that will address the immediate concerns of their people affected by the typhoon. (DA-RFO VIII, RAFIS)