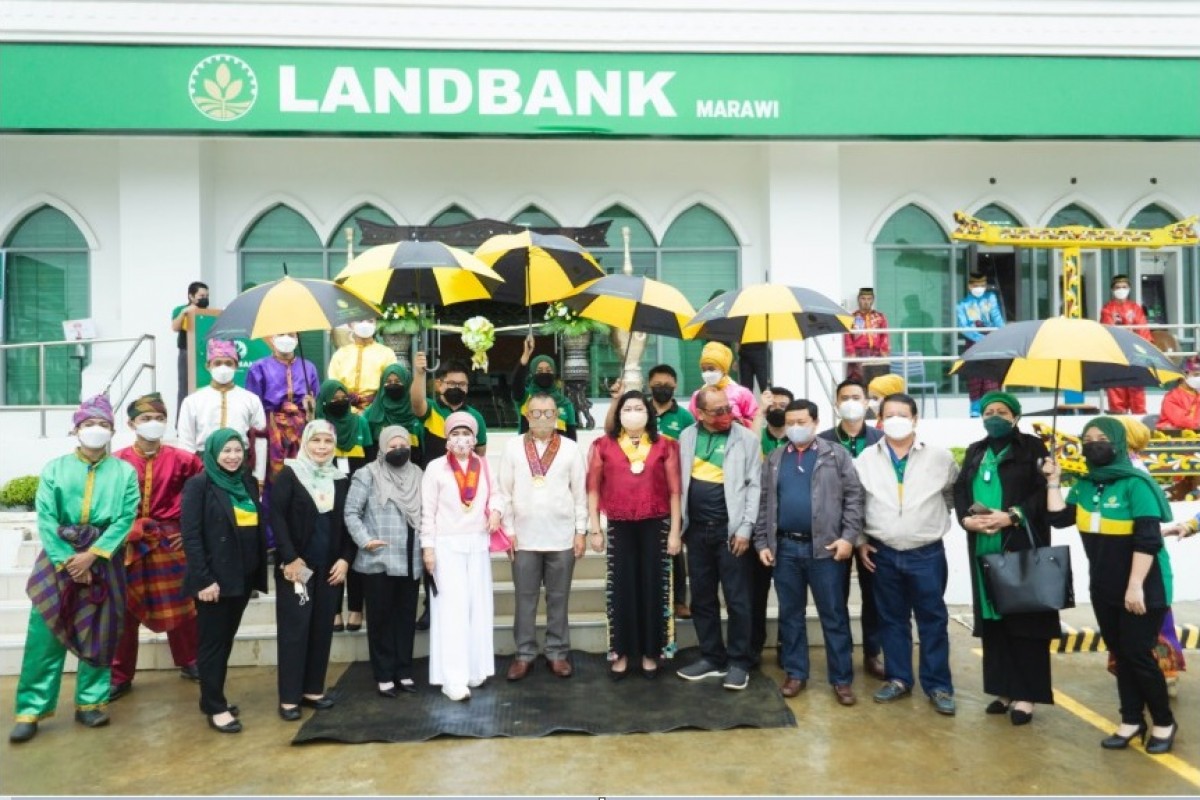 The LANDBANK Marawi Branch will serve the banking needs of the city’s public and private customers, as well as the 37 neighboring municipalities in the area.

“LANDBANK is one with the people of Marawi City. Through our reopened Branch, we are ready to finance the development and rehabilitation requirements of the city and nearby municipalities to advance recovery and build more resilient communities,” said LANDBANK President and CEO Cecilia C. Borromeo.

Previously located at C&D Centerpoint, Quezon Avenue in Marawi City, the LANDBANK Marawi Branch was left devastated during the armed conflict between militants and Philippine Government security forces in 2017.

To continuously serve its customers while government troops conducted clearing operations in the area, the LANDBANK Marawi Branch temporarily relocated to a shared office space with the LANDBANK Iligan City Branch on 29 May 2017.

After the military ascertained the safety of the branch personnel, the Marawi Branch resumed its ATM operations and activated two offsite ATMs in Marawi City in August 2017. The Branch later moved to its temporary site at the Sultanate Building, New Capitol Complex, Marawi City, which was under a lease agreement with the Provincial Government of Lanao del Sur.

In 2018, the Bank was offered a 20-year usufruct agreement by the Mindanao State University (MSU) for the Branch's permanent site, which officially reopened three years later on 18 January 2022.

LANDBANK has extended P2.7 billion in loans to the Provincial Government of Lanao del Sur since 2004 for various infrastructure and developmental projects. The loans were allocated for the upgrading and concreting of major roads, acquisition of heavy equipment, and the construction of a sports complex, a new capitol complex, provincial hospital building, water system and river wall.

The Bank continues to extend necessary banking and credit assistance to LGUs to spur inclusive economic development. As of end-December 2021, all 81 provinces, 146 cities, and 81 provinces in the country maintain deposit accounts with LANDBANK. (LANDBANK)