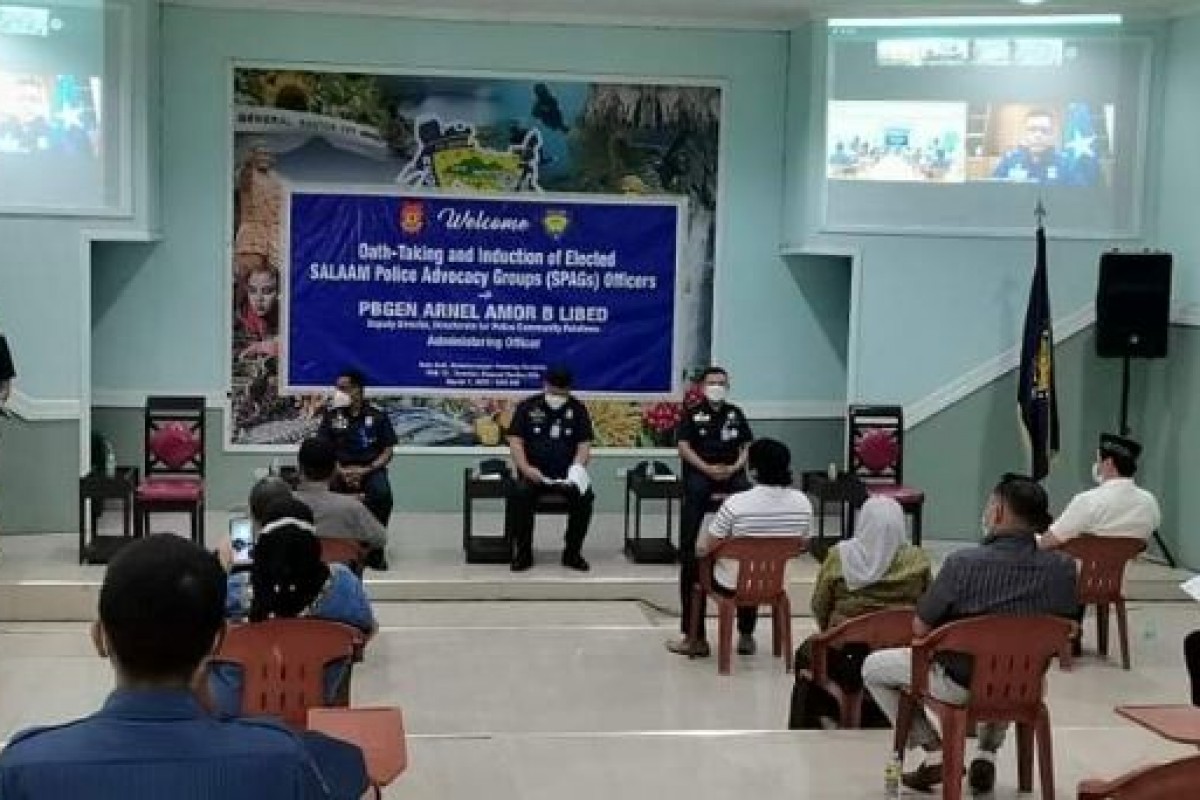 Through virtual mode, Police Brigadier General Arnel Amor Libed, Deputy Director of the Directorate for Police Community Relations of the Philippine National Police, administered the oath-taking and induction of the officers of SPAGs of Region 12 who were gathered in their respective towns.

In his message, Libed underscored the important role of civilians in supporting the police in maintaining the peace and security of the communities.

SPAGs are organized groups of Muslim leaders, peace advocates, and force multipliers that undertake peace advocacy initiatives and promotion of human rights to sustain peace and order in the communities.

“We hope for your support by conducting peace and security programs that address the challenges faced by our society like the Covid-19 pandemic, the proliferation of illegal drugs, terrorism, violent extremism as well as criminalities,” he said in Filipino.

Libed further hoped that SPAGs will also help in the conduct of safe and orderly local and national elections.

He said the SPAGs officers took their oath as a manifestation of their resolve to have peaceful communities and lauded their willingness in helping the PNP in its efforts to protect the citizens.

Sheikh Ibrahim Andang Jr., SPAGs Region 12 president, cited the importance of consolidating the efforts of the community leaders and peace advocates with the security sector in undertaking activities that help sustain and strengthen community peace.

He shared how the Muslim religious sector of SocSarGen area has been engaged in grassroots-based peace advocacy activities as one way of promoting tolerance and understanding and in support of the program of the security sector in preventing violent extremism.