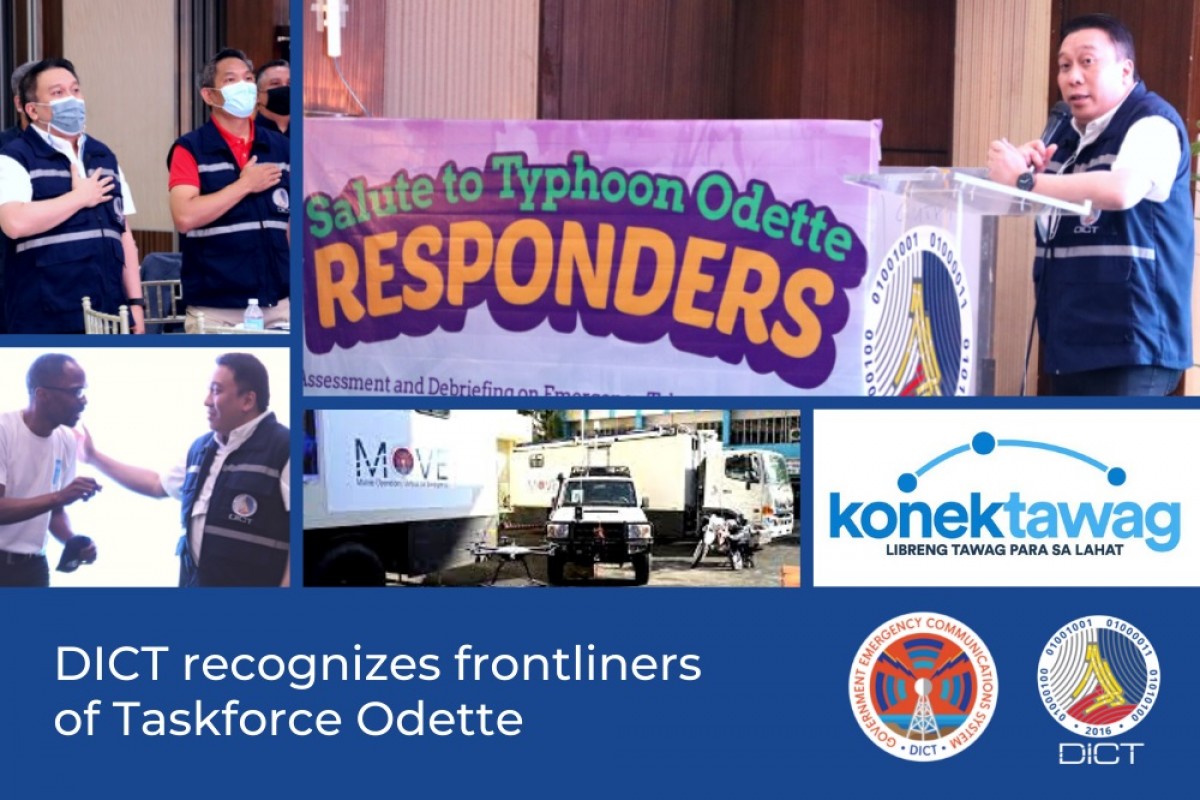 QUEZON CITY -- The Department of Information and Communications Technology (DICT) recognized the intensified efforts of its colleagues who led the emergency telecommunications response for Typhoon Odette, especially the Emergency Telecommunications Cluster (ETC) along with our partner agencies, organizations and stakeholders from both the public and private sectors.

“Last year, when Typhoon Odette hit, your DICT played an instrumental role in assisting affected communities with the provision of emergency communications services. This is in line with our mandate stipulated in RA 10844 to provide assistance in the dissemination of vital information essential to disaster risk reduction through the use of ICT,” DICT Acting Secretary Emmanuel Rey “Manny” R. Caintic said.

“For our affected kababayans, your DICT fast-tracked the distribution of satellite phones to local government units. We also ensured the establishment of Free Wi-Fi for All sites and KonekTawag Centers, which allowed people to connect to the Internet and make free phone calls despite the signal disruptions at the time. We made sure that we reconnected our citizens to their loved ones from outside the affected communities,” the DICT Chief added.

The DICT conducted a debriefing session to evaluate the efforts in of the Typhoon Odette responders last March 11, 2022 (Friday). Partners, responders, as well as management identified gaps in knowledge and performance as well as the strong points of the initiative.

Secretary Caintic and Undersecretary Alan A. Silor also led the ceremonial act to acknowledge the members of the DICT Taskforce Odette for their invaluable contributions to the affected communities.

“Let us commend the brave and hardworking people who dedicated themselves in helping the communities affected by Typhoon Odette. Your efforts and diligence serve as a testament to your commitment to public service,” Undersecretary Silor asserted. (DICT)