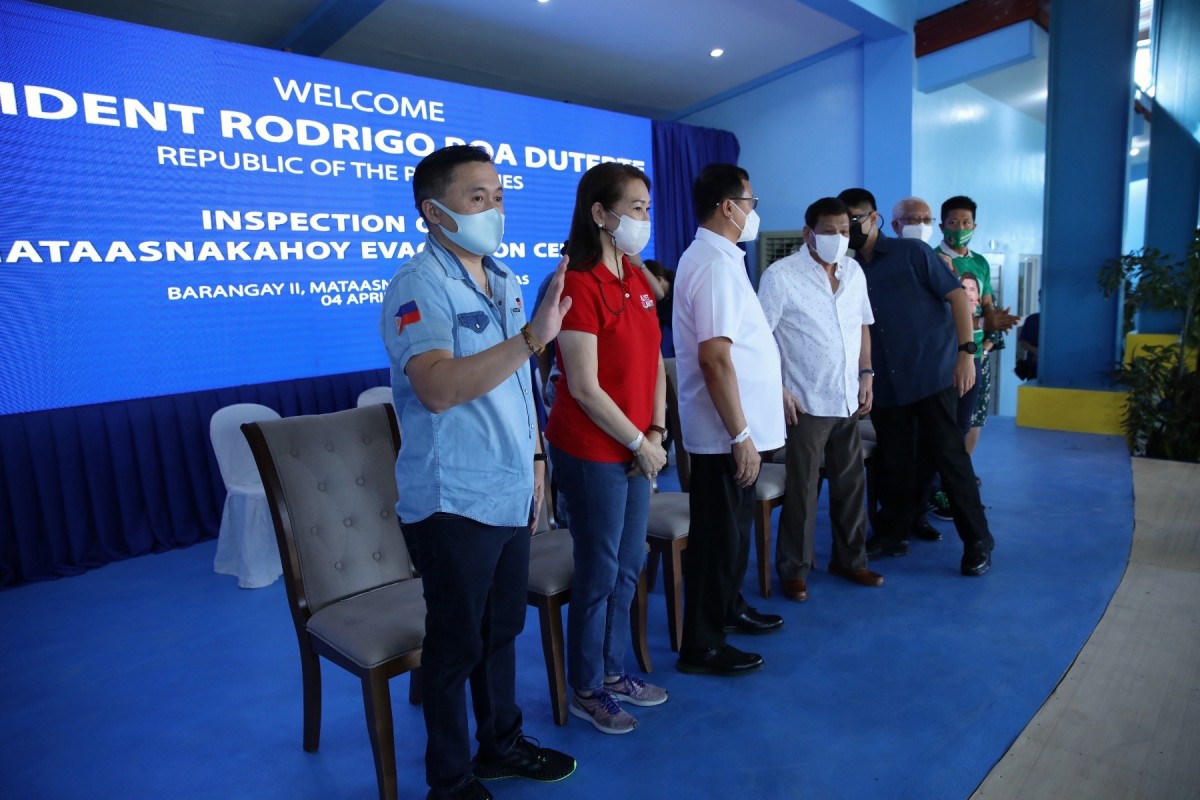 PASAY CITY -- Senator Christopher “Bong” Go has stressed the need for the government to institute a more proactive approach when dealing with natural disasters. He accompanied President Rodrigo Duterte during the inspection of the evacuation center in Mataasnakahoy, Batangas on Monday, April 4.

The evacuation center in Mataasnakahoy is one of the three evacuation centers strategically located in three municipalities within Batangas province outside the danger zone of a Taal Volcano eruption. The other two are located in the towns of Sta. Teresita and Alitagtag. All the centers were turned over to the respective municipal governments by the Department of Human Settlements and Urban Development on March 30.

Also present during the inspection were Mataasnakahoy Mayor Janet Ilagan and DHSUD Secretary Eduardo del Rosario, as well as other officials and staff of DHSUD and the municipal government of Mataasnakahoy.

The evacuation centers were built according to the specifications and requirements approved by the President. The facilities include an administrative office, clinic, kitchen and mess hall, separate female and male comfort rooms, prayer room, conjugal rooms, children's section, and storage room, among others.

They were established as part of the government's continuing efforts to improve the country's readiness for natural disasters and other calamities.

Go, who frequently goes around the country to assist victims of natural and man-made disasters, has early on bemoaned that victims are usually temporarily housed in barangay centers, schools, plazas, gymnasiums, or basketball courts, which are not suitable as temporary shelters. 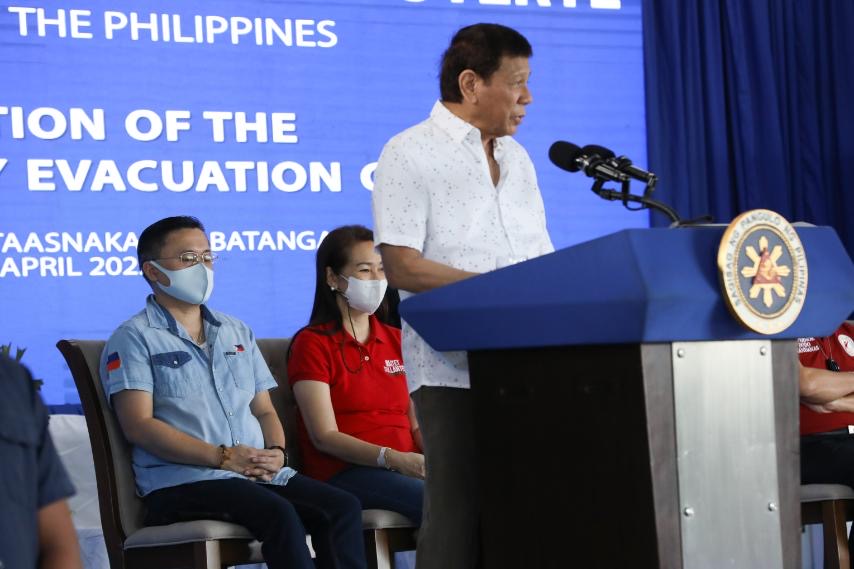 In line with these initiatives, Go renewed his call for the passage of a law for the mandatory creation of safe and properly equipped evacuation centers in every municipality, city and province across the Philippines.

He stressed the urgent need to act on disaster resilience measures such as his Senate Bill No. 1228 or the “Mandatory Evacuation Center Act”, which he filed in 2019 to ensure that victims of disasters will have temporary shelters that will guarantee their safety, promote their social well-being, and guard their welfare while they recover and rebuild their lives.

SBN 1228 is currently pending in the Senate Committee on National Defense and Security, Peace, Unification and Reconciliation, along with SBN 205, which Go also filed in 2019 for the creation of the Department of Disaster Resilience.

If created, the DDR shall serve as the lead agency for all disaster preparedness, mitigation and management activities. The lawmaker explained that consolidating all the disaster-related functions into the DDR would allow for a more concerted approach toward disaster risk reduction and quicker and more efficient delivery of services during times of crises.

Because of the country's vulnerability to natural disasters, Go said that passing the bills as quickly as possible is even more critical, as the government must be more proactive in responding to such calamities.

On March 26, magmatic unrest was reported in Taal Volcano that prompted its alert status to be raised to Level 3 and forced thousands to evacuate their homes. (OSBG)