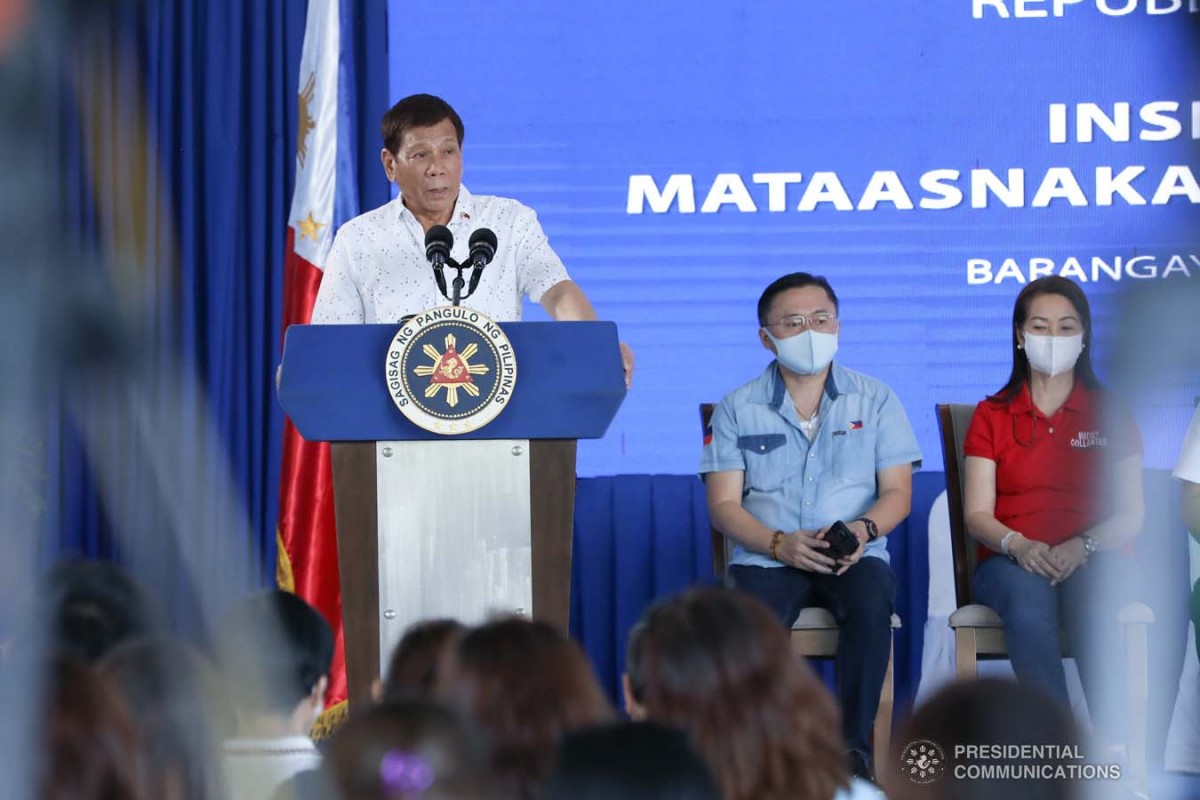 MANILA -- President Rodrigo Roa Duterte led the inspection Monday of one of evacuation centers constructed by the government in Batangas aimed at boosting the country’s disaster preparedness.

“After two years, we are finally here, marking the completion of this facility that can house 150 families or 600 individuals during calamities,” the President said during the event held in Mataasnakahoy, Batangas.

“Now that we are experiencing challenges brought by the recent eruptions of Taal Volcano, I am confident that the Evacuation Center in Mataasnakahoy will be of great service to our affected kababayans.”

He commended the people who have worked hard to complete the center with a strong sense of urgency, noting its establishment would not have been possible without their passion and dedication.

In the past months, President Duterte said his administration opened many establishments and inaugurated structures that will endure the test of time, and at the same time institutionalized long-term solutions for the Filipinos that are free from politics.

“It is during these times that the bayanihan spirit burns even brighter in the hearts of Filipinos. It is when we become heroes for one another, demonstrating the highest form of compassion for our people,” he noted.

“Let us always keep our momentum towards building a better and more resilient nation for everyone.”

The Mataasnakahoy Evacuation Center is one of three evacuation centers strategically located in three municipalities within Batangas outside the danger zone of Taal Volcano.

Constructed through the BALAI (Building Adequate, Livable, Affordable and Inclusive Filipino Communities) Assistance Program of the Department of Human Settlements and Urban Development (DHSUD), the evacuation center can accommodate more than 100 families and can fit approximately 106 modular tents inside.

It has key amenities and facilities such as an administrative office, storage room, kitchen and mess hall, children’s area, clinic, prayer room, separate female and male comfort rooms, and conjugal rooms, among others.

The construction of the temporary shelters in Batangas is part of government efforts to boost the country’s disaster preparedness.