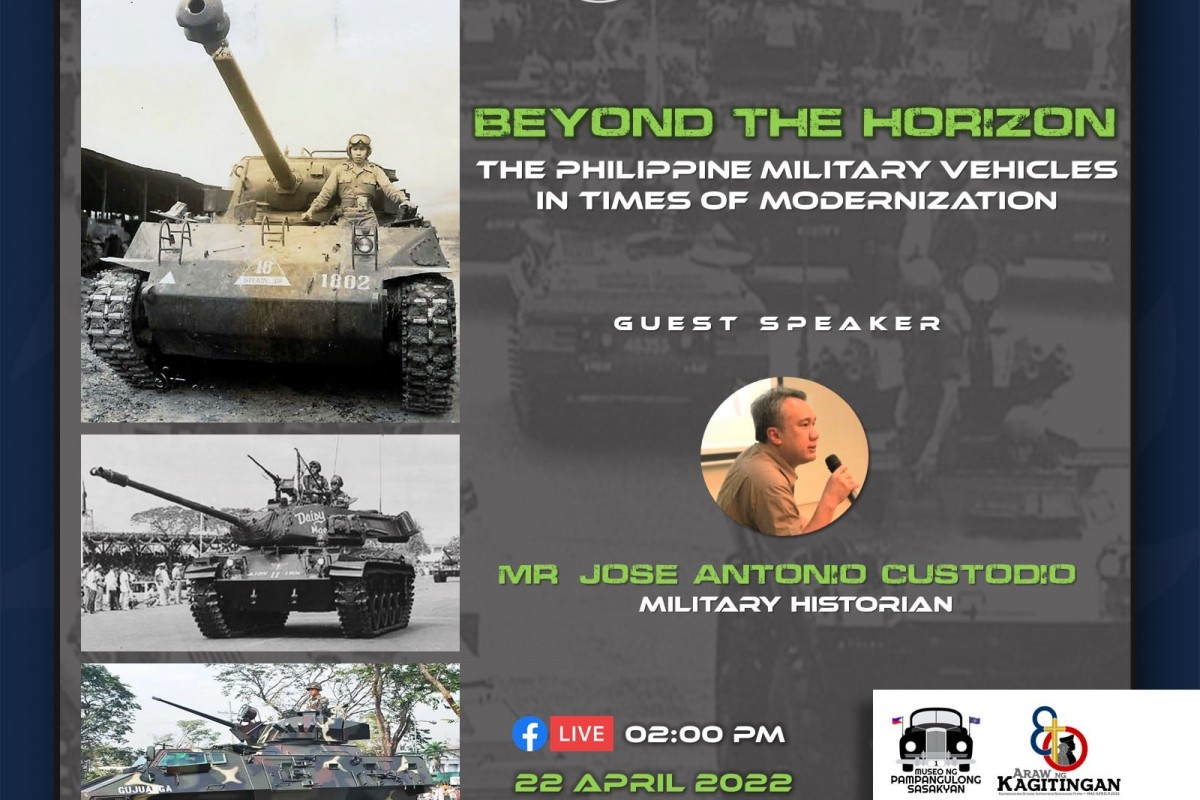 QUEZON CITY -- The National Historical Commission of the Philippines (NHCP) – Presidential Car Museum will conduct a webinar titled Beyond the Horizon: Philippine Military Vehicles in Times of Modernization on 22 April 2022 at 2:00 p.m. via FB Page live in line with the observance of the 80th Anniversary of Araw ng Kagitingan with the theme: Kagitingan ng mga Beterano, Inspirasyon ng Nagkakaisang Pilipino.  Resource speaker for this online lecture is Mr. Jose Antonio Custodio, Military Historian and Defense Analyst.

Republic Act 7898, also known as the Armed Forces of the Philippines (AFP) Modernization Act, was enacted on 23 February 1995 by President Fidel V. Ramos.  It aimed to update and modernize the defense capabilities and assets of the branches of the AFP to last for 15 years.  However, the funding was stopped due to the 1997 Asian financial crisis.

Under the term of President Benigno Aquino III, on 11 December 2012, the law was amended by Republic Act 10349, which extended the modernization program for another 15 years.  The revised law’s purpose is to build a strong defense system against possible threats to the country’s sovereignty and to acquire and upgrade appropriate technology and equipment for the AFP.    The revised law is divided into three phases or “Horizons” (Horizon I: 2013-2017; Horizon II: 2018-2022, and Horizon III: 2023-2027).

At the end of the lecture the participants are expected to be knowledgeable on the history and development of government programs in modernizing the country’s armed forces focusing on military vehicles.

The NHCP is the national government agency mandated to promote and preserve Philippine history and heritage through its administration of national shrines, museums, research and publication, conservation, and marking of historic sites and structures. (NHCP)