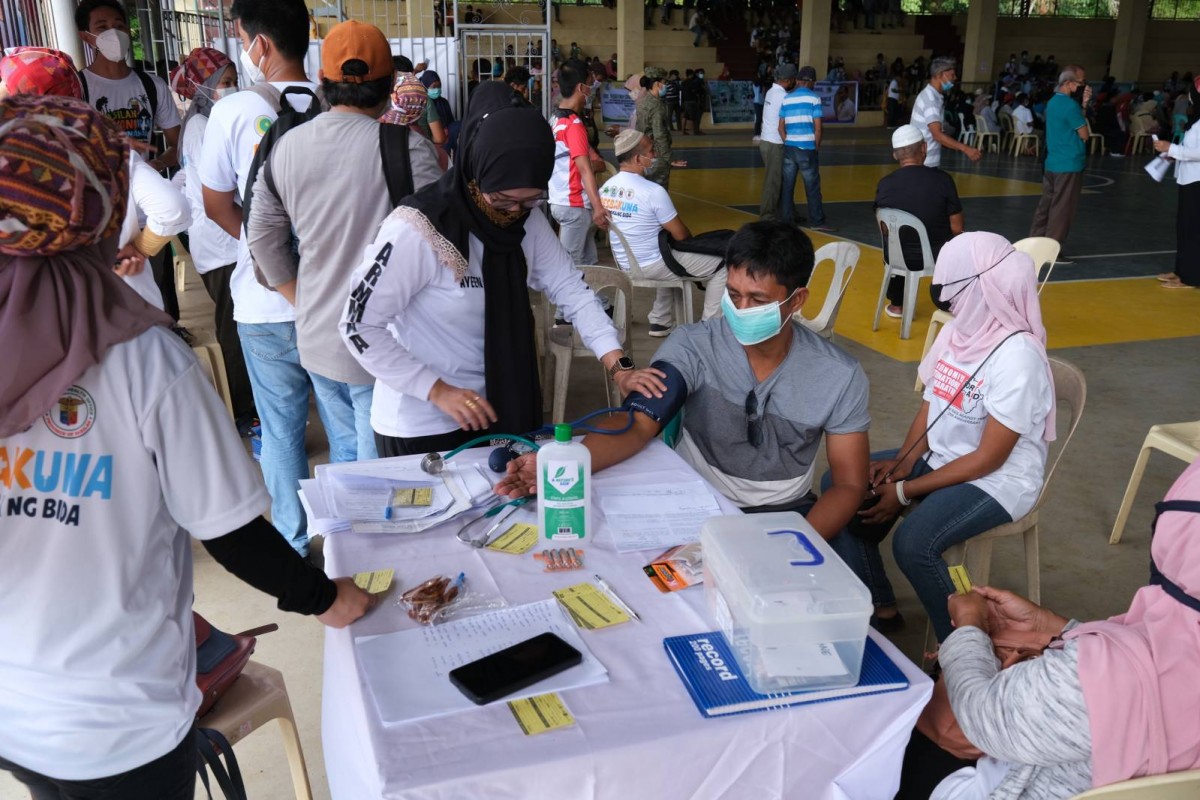 MALACANANG, Manila -- President Rodrigo Roa Duterte urged Bangsamoro Autonomous Region in Muslim Mindanao (BARMM) officials to ramp up their vaccination efforts as the region continues to lag behind other areas in the country in terms of vaccination output.

In his Talk to the People public address on Monday, President Duterte emphasized anew that all the COVID-19 vaccines that the national government has procured have been proven safe and effective.

“Mga kapatid ko na Muslim pati ‘yung the guys running the BARMM, I’d like also to appeal to Chairman, si Murad, na kindly give a little push for the people there to get vaccinated,” Presidente Duterte said.

“You know, it’s science. It has been studied, experiments were conducted hindi lang dito sa atin pati sa labas. As a matter of fact, it was a concerted effort during the pandemic,” he added.

The Chief Executive pointed out that BARMM officials should be more proactive in promoting the vaccination program to make residents understand that vaccination is a public health concern and not one that touches on their culture.

“We honor the culture but when it comes to a head sa ginagawa natin, what we are doing to protect the entire nation, your reluctance or your maybe lack of interest to be vaccinated, it does not, in my book, a valid reason na ayaw ninyo,” the President said.

“So I’m asking — I’m ordering you, as a matter of fact, to really push the people to take the vaccine because it protects everybody,” he added.

In his report, National Task Force Against COVID-19 chief implementer and vaccine czar Secretary Carlito G. Galvez, Jr. said that only less than 28% of BARMM’s total targeted population are fully vaccinated as of April 10.

The vaccine czar said that the NTF, Department of Health and other agencies have already conducted intensive workshops and writeshops to craft effective strategies in addressing the low vaccination output in the region.

Galvez said the national government is also deploying more doctors, nurses and vaccinators in the region to help them scale up their vaccination campaign.

The Bangsamoro Darul-Ifta (BDI), the region’s advisory council, took quick steps to heed the President’s call by issuing its official guidance on Tuesday regarding vaccination efforts in BARMM.

In the official advisory, the BDI said COVID-19 vaccination is considered as “life-saving” and therefore “lawful.”

The BDI also clarified that “vaccination does not invalidate the fasting” observed by the Muslim community during the holy month of Ramadan.

The advisory council also said the vaccination teams can conduct inoculation in designated areas beside or at the back part of mosques, to vaccinate more people after performing their prayers.

Health Undersecretary Maria Rosario Vergeire said the public must avoid religious rituals of penitence that may lead to the spread of the virus.

“I’ll just state my case na hindi — there is no way that masks will not be required. It will be a part of the protocol for a long time until the last day of my office. Iyan ang order ko at ‘yan ang sundin ninyo,” the President said. (National Task Force Against COVID-19)