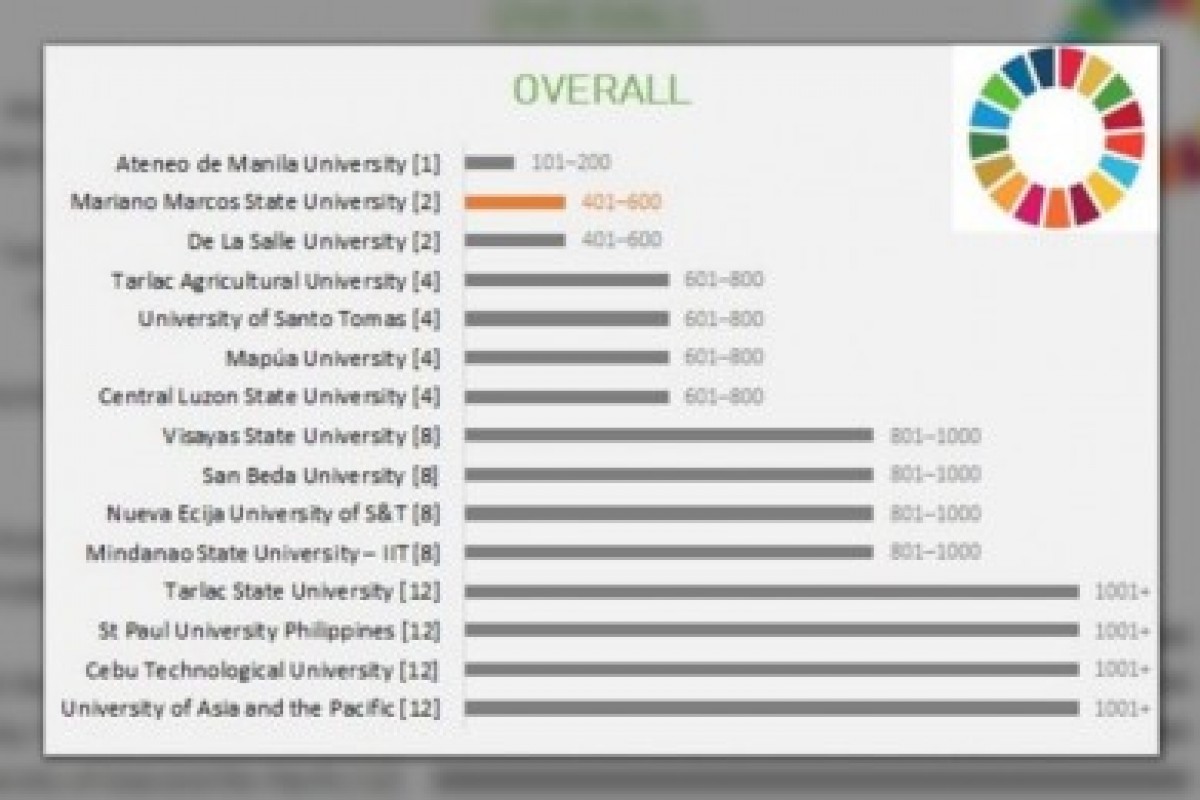 QUEZON CITY -- Fifteen (15) Philippine universities are now among the best higher education institutions (HEIs) in the world according to the 2022 Times Higher Education (THE) Impact Rankings.

This year’s ranking shows a 300% increase in the number of ranked Philippine universities, from only five last year to 15 universities this year.

Ateneo de Manila University is the top ranked Philippine HEI with its inclusion  in the top 200. This is the highest ranking received by any Philippine university since the ranking’s inception in 2019.

The Philippine HEIs that made it on the list are:

University of Asia and the Pacific

The University Impact Rankings, one of the most influential rankings, is the only global performance table that assesses universities’ contributions and initiatives to realize the United Nations’ Sustainable Development Goals 17 (SDG 17).

More than 1,000 universities from 106 different countries and regions have participated in this year’s rankings.

The number of Philippine universities in this ranking has consistently increased since its launching in 2019. This is an indication of the growing internationalization campaign of Philippine HEIs and their desire to benchmark and compete with the best universities all over the world.

CHED has assisted in this effort by holding masterclasses, workshops, and orientations on international assessments so HEIs will understand the process of and metrics used by various ranking organizations.

“I am happy that the efforts and initiatives of Philippine Universities to contribute to the attainment of the SDGs are now being recognized internationally.  Their inclusion among the world's best universities is an incentive to the HEIs efforts of improving their faculty profile, research, student and faculty exchanges, and degree offerings.  More importantly, by integrating the SDGs into their curriculum and strategic internationalization plans, HEIs are in tune with the global commitments to achieve the SDGs,” De Vera said.

The CHED continues to assist HEIs that are interested in joining the global rankings. De Vera recently led a delegation of public and private universities that visited Canada and signed agreements with the Colleges and Institutes in Canada, Universities in Canada, and several colleges in Ottawa, Toronto, and Vancouver. The participating universities in the last Canada education mission, such as West Visayas State University, Southern Leyte State University, Iloilo Science and Technology University, and World City Colleges are expected to soon join the other globally ranked HEIs. (CHED)