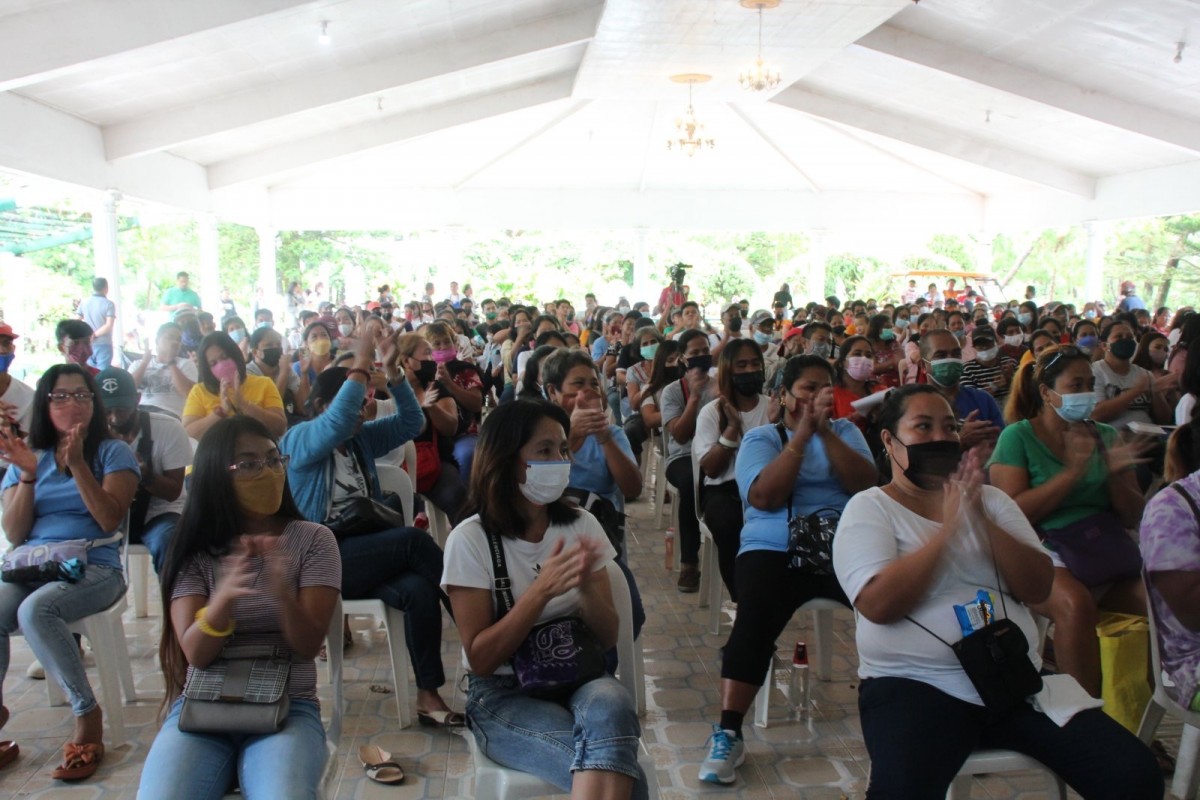 PASAY CITY -- The team of Senator Christopher “Bong” Go conducted a relief operation on Monday, April 25, for a thousand vulnerable residents in Tanay, Rizal as part of the senator’s commitment to uplift the lives of underprivileged communities amid the global health crisis.

During the activity, Go reminded the public to prioritize their health and well-being as he offered to help those with medical concerns. He urged them to seek the services of any of the four Malasakit Centers in the province.

The center is a one-stop shop where poor and indigent patients can conveniently avail of medical assistance from the Department of Social Welfare and Development, Department of Health, Philippine Health Insurance Corporation, and Philippine Charity Sweepstakes Office.

There are now 151 Malasakit Centers nationwide, serving more than three million patients since the center was opened in 2018.

The relief activity was held at the Sierra Madre Mountain Resort where the senator’s outreach team distributed meals and masks.

Select residents were given new shoes or bicycles. Others also received phablets to help their children with their blended learning activities.

Furthermore, qualified beneficiaries received financial assistance from the DSWD through its Assistance to Individuals in Crisis Situation program.

Through his video message, Go, who serves as the Chair of the Senate Committee on Health and Demography, encouraged those unvaccinated yet eligible individuals to overcome their hesitation and trust the vaccines against COVID-19.

He likewise reassured the public that the vaccines are safe and the government continues to acquire more doses to ensure that more Filipinos are protected from severe symptoms of the virus.

In line with his commitment to help create more economic opportunities in the province, Go supported the improvement of the road and drainage systems in Angono, construction or improvement of a multipurpose building and new roads in Baras, purchase and installation of streetlights in San Mateo, and construction of the Taytay Sports Complex.

In 2019, Go was declared an adopted son of the CALABARZON region in a manifesto issued by the governors of Cavite, Laguna, Batangas, Rizal and Quezon. They cited his many years of service under President Duterte and “heart for his country” through the various projects he initiated which have benefited millions of Filipinos.

On April 21 and 22, Go’s team conducted similar distributions for more than a thousand vulnerable residents in Rodriguez, Rizal. (OSBG)