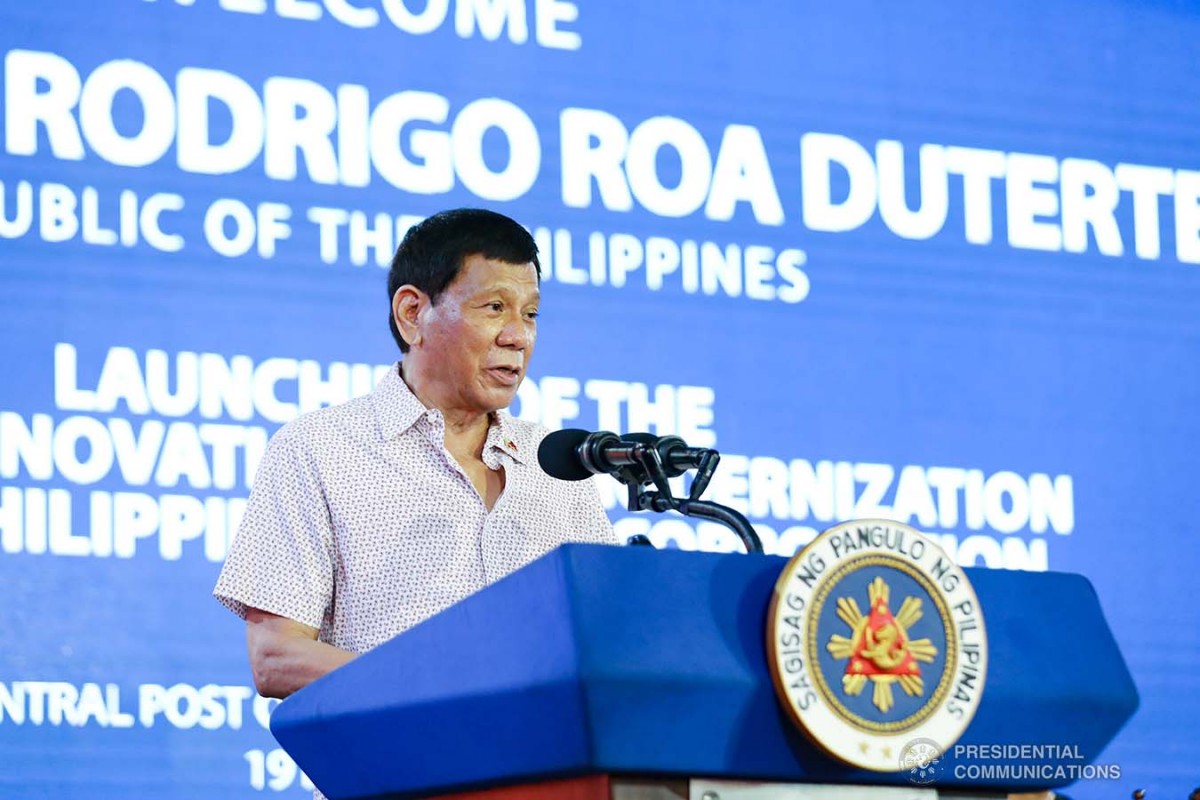 MANILA -- President Rodrigo Roa Duterte joined the launch Thursday of the Philippine Postal Corp.’s (PHLPost) Digital Innovation and Modernization, and commended the postal corporation for ensuring a people-centered governance in line with his administration’s reform agenda.

“This endeavor will surely boost our global competitiveness and stimulate economic activities during the period of recovery and digital transition,” President Duterte said during the event at the Manila Central Post Office at the Liwasang Bonifacio.

“With the success of this project, I thus commend the PHLPost for ensuring responsive and people-centered governance, placing Filipinos at the heart of their operations towards building a high-trust society.”

The President congratulated PHLPost on its 30th Anniversary and for ensuing transformational and future-proofing journey, as demonstrated by the launching of its digital innovation and modernization.

The COVID-19 pandemic has opened avenues for innovative products and systems that cater to the needs of consumers in the new normal, where data and technology now drive the market, according to the President.

PHLPost’s modernization efforts, he said, are indeed timely and relevant as it facilitates the efficient delivery of communications, payment of services, as well as goods and merchandise, especially as industries and businesses shift their operations to e-commerce and online transactions.

President Duterte also thanked PHLPost for supporting the administration’s advocacies and development plan anchored on Malasakit as one of its pillars.

“In fulfillment of this administration’s Ease of Doing Business agenda beyond my term, I hope that you will constantly explore innovations and strategies that will further streamline, develop, and improve government services to the people for greater efficiency,” he stressed.

The President expressed optimism that the nation’s pursuit for change and progress would gain more momentum in the coming years under the new leadership. He urged PHLPost personnel to remain united and steadfast in their commitment to the nation to attain progress and prosperity.

PHLPost is a government-owned and controlled corporation (GOCC) under the Office of the President (OP) tasked to provide postal services and deliveries in the Philippines as well as to other nations.