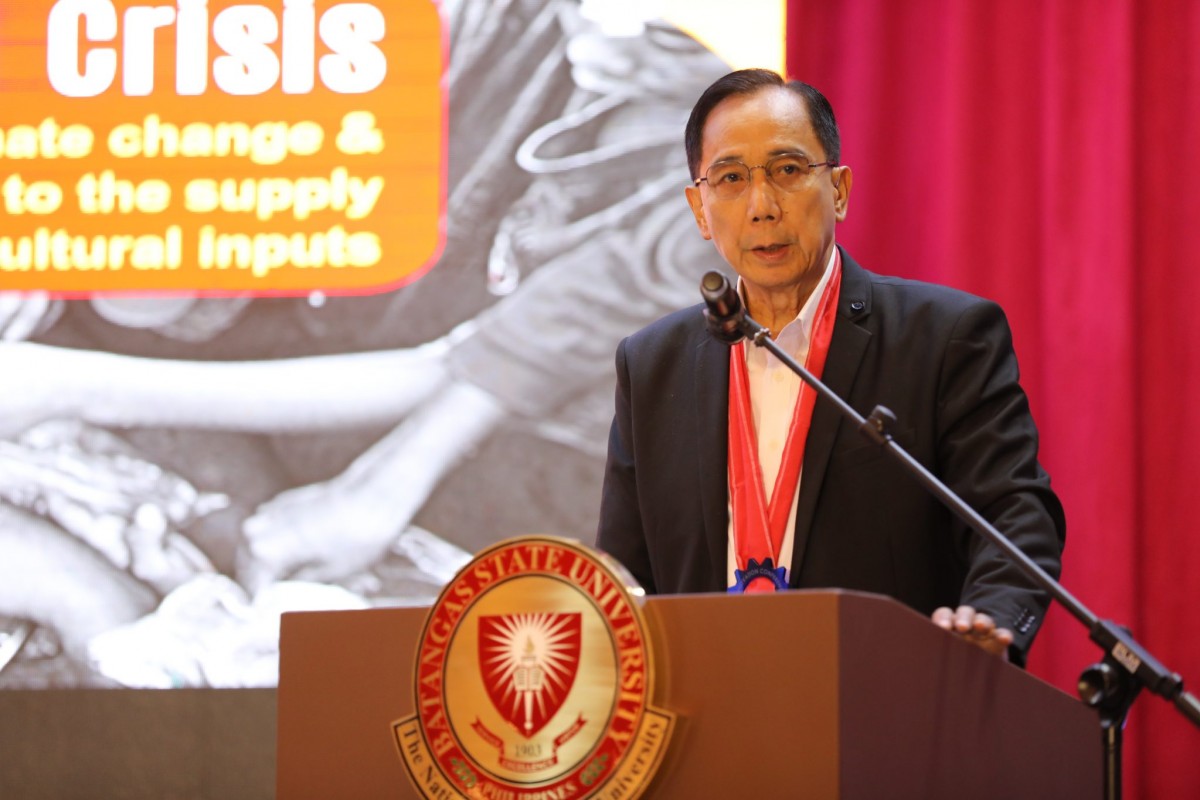 QUEZON CITY -- Following the warning of global experts related to the impending challenges to food security worldwide, Agriculture Secretary William D. Dar urged key players, particularly the academe, to be at the forefront of the fight.

According to the Secretary, state universities and colleges (SUCs) can step in and upscale their research on a massive level for six urgent areas of concern: 1) balanced fertilization; 2) urban and peri-urban agriculture; 3) local feeds formulation and production; 4) aquaculture and mariculture; 5) food mobilization; and 6) climate resiliency.

“We are really exhausting all means to stop in its tracks the insidious threat to our productivity brought on by scarce and expensive fertilizers,” the agri chief said.

With the high prices of fertilizers and to prevent drop in harvests, the Department of Agriculture (DA) is combining different interventions such as distributing fertilizer subsidies, talking with fertilizer-manufacturing countries, and embracing a balanced fertilization strategy, among others.

Secretary Dar also encouraged the SUCs to be creative and integrate aquaponics in vertical farming systems, stressing that dwindling agricultural lands should not limit food production.

“All available urban spaces must host food production technologies designed and developed by our SUCs,” he said adding that the planting systems could be adapted by every plantito and plantita.

The Secretary added that the SUCs could help explore and experiment with corn alternatives to develop as animal feed, while boosting  local corn productivity, which is currently at 60% sufficiency.

The SUCs, in partnership with DA and NIA, are also enjoined to explore big dams, irrigation areas, and other sites for aquaculture as aquaculture and mariculture are considered the new frontiers of protein production.

In terms of food mobilization, the agri chief suggested the development of policy and logistical innovations to reduce reliance on fuel and long-haul transport to bring more farmers’ produce to the consumers’ tables.

“We don’t want to be caught unaware by the severe damage of climate change, which can wreak our productivity. We have to keep designing systems, such as greenhouse and other typhoon-resilient technologies that will help us cope,” Secretary Dar said.

In his message, he also recognized the SUCs’ efforts in developing various technologies and reminded them that their outputs also need to have positive impacts in their host provinces.

“Filipino universities are excellent germination banks of scientific ideas, innovation, and inventions. But these have to yield impacts and outcomes that our fellow Filipinos can see and feel,” he said. (GCBejarin, DA-AFID)