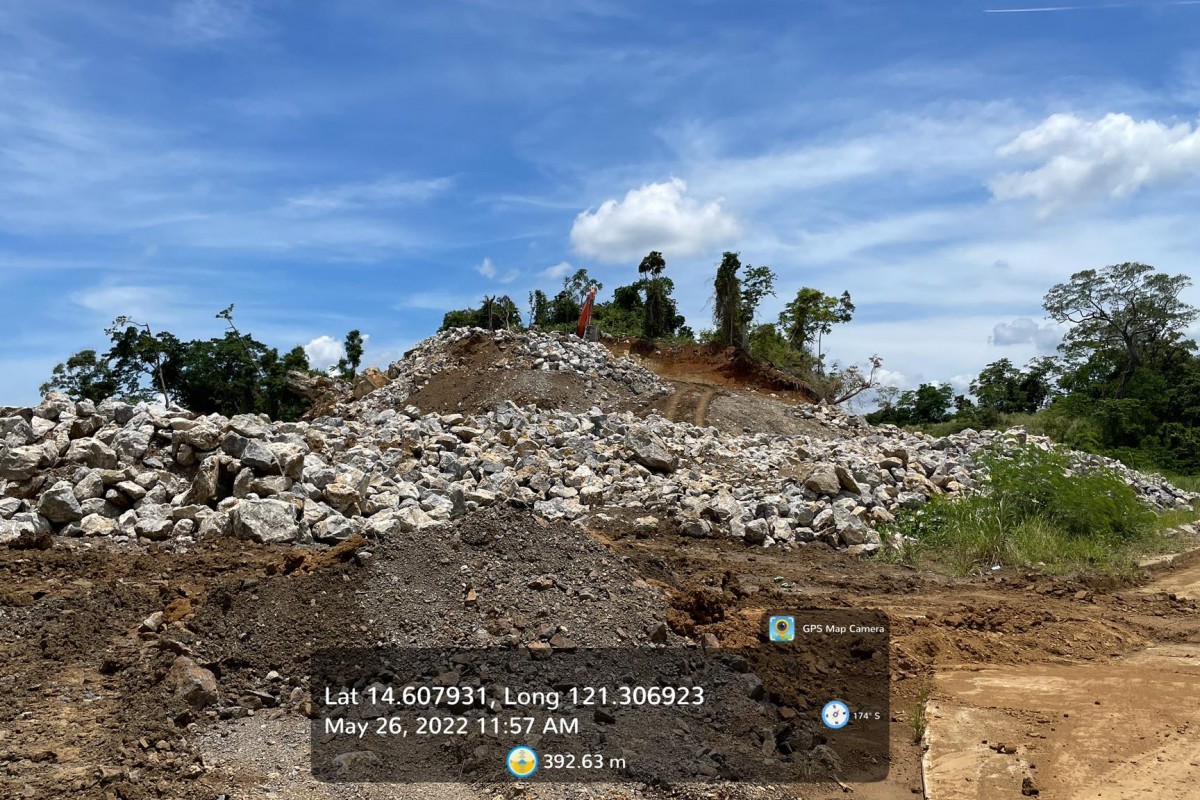 The Department of Environment and Natural Resources (DENR) - Mines and Geosciences Bureau (MGB) CALABARZON conducted an investigation on the alleged illegal quarrying operation within the Upper Marikina River Basin Protected Landscape (UMRBPL), particularly, within the Masungi Geopark Project on May 26, 2022.

“The team then conducted reconnaissance in the area. The only notable earthmoving activity within the area in question can be observed from the Marilaque Highway near Garden Cottages which is the subdivision development of Sta. Lucia Land, Inc. in Palo Alto Subdivision, Brgy. Pinugay, Baras, Rizal. It is covered by development permits and ECC. No other earthmoving activity was observed in the subject area,” the regional director added.

He said the team also visited the areas covered by the three recently suspended Mineral Production and Sharing Areas (MPSA) to monitor its status, and found that the same remained idle with no traces of any recent activities.

On May 25, 2022, Acting Environment Secretary Jim Sampulna ordered the suspension of the MPSAs of Rapid City Realty and Development Corp., Quimson Limestone, Inc., and Quarry Rock Group, Inc. within the Masungi Georeserve in Baras, Rizal “to remove the public’s speculation and ease their worries” amidst reports on illegal quarrying operations in the area.

Sampulna reiterated that the said MPSAs are no longer operational since 2004.

MGB Director, Atty. Wilfredo Moncano also previously mentioned that the Bureau would order its regional office counterpart to conduct an investigation if there were any ongoing illegal quarrying operations despite the suspensions.

In 2017, former Environment Secretary Gina Lopez and Masungi Georeserve Foundation Inc. signed a memorandum of agreement for the Masungi Geopark Project covering the 2,798 hectares of land within UMRBPL. (DENR4A)