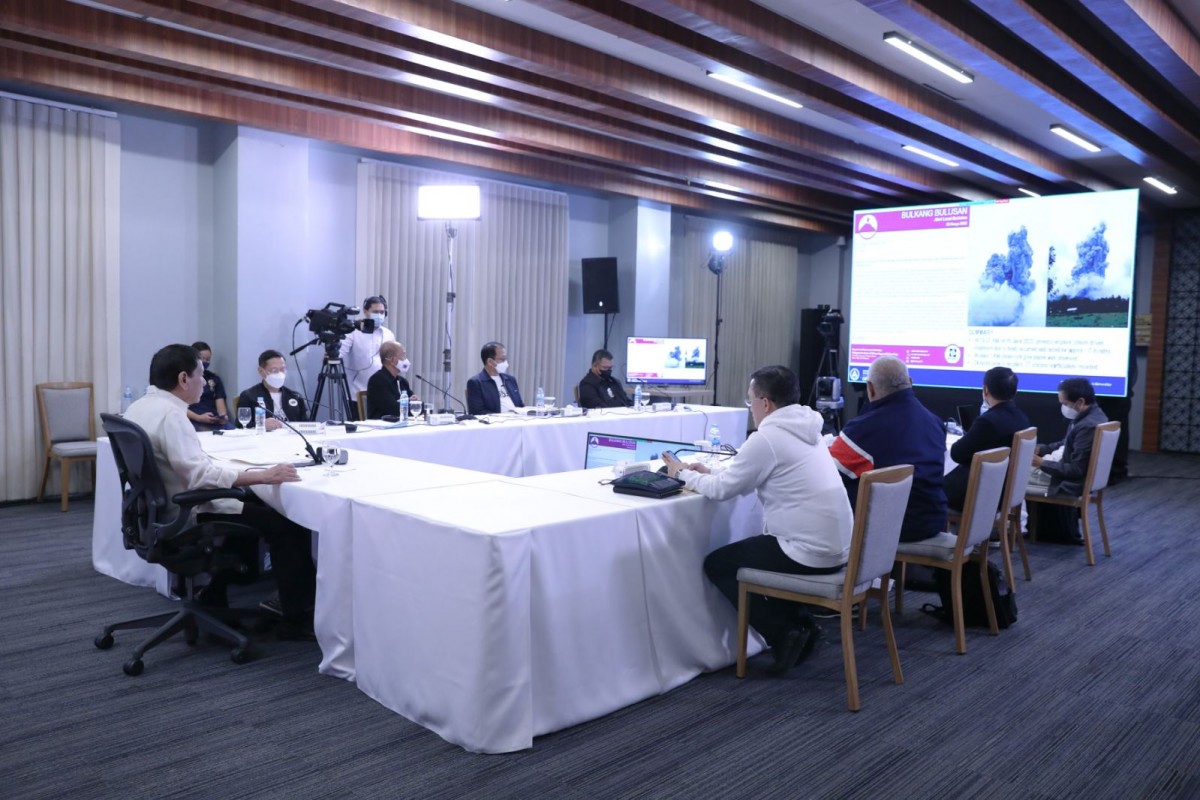 MANILA -- President Rodrigo Roa Duterte on Monday appealed to the people affected by the eruption of Mt. Bulusan in Sorsogon to heed the call of the authorities to ensure their safety, assuring them government agencies will be there to extend assistance.

“I will just reiterate that you --- people who are affected diyan sa Sorsogon, lalo na ‘yung mga barangay na which government has --- nagfo-forecast na sila ng worst scenario, there will be a lot of movement of people. But I’m sure that government can cope up and will be there to help everybody,” President Duterte said during his Talk to the People program.

In his report to the President, Office of Civil Defense administrator Undersecretary Ricardo Jalad said that in a worst-case scenario, there is a total of 446 evacuation centers available in Sorsogon to house evacuees.

Mandatory or forced evacuation for the municipality of Irosin in Sorsogon will be carried out once the alert level is raised to three or four, said Jalad, who is also the executive director of the National Disaster Risk Reduction and Management Council (NDRRMC).

Irosin sits on the caldera of Mt. Bulusan and a major eruption will force people to evacuate outside the 9-kilometer danger zone, he added.

Also part of the contingency plan of the Regional Disaster Risk Reduction Management Council in Bicol Region is asking the support of nearby provinces in case Mt. Bulusan erupts further.

Jalad said Albay and Camarines Sur could accommodate evacuees who can’t be sheltered in the available evacuation centers in Sorsogon.

The Philippine Institute of Volcanology and Seismology (PHIVOLCS) and the NDRRMC Operations Center continue to monitor the activity of Mt. Bulusan, Jalad said, appealing to the local population to follow the advice local government units, and other government agencies to ensure their safety.

Jalad reported that a total of 2,784 families or 13,920 individuals were affected by ashfall, mostly in the municipalities of Irosin and Juban.

The volcano’s restiveness also displaced 216 individuals from Barangay Puting Sapa in Juban, who are now under the care of the Juban local government.

Based on the monitoring of the Department of Agriculture (DA), 3,698 hectares of farmland were affected with a monetary value of more than P20 billion.

Regarding health services, Health Secretary Francisco Duque III said the DOH has prepositioned P17.1 million worth of health commodities such as COVID-19 related supplies and medicine at the Provincial Health Office of the Provincial Department of Health Officer in Sorsogon.

The Bicol Regional Office has also initially distributed hygiene kits, potable water, and water container such as jerry cans to the affected residents in the evacuation centers.

Around 200,000 pieces of N95 and N88 masks were also distributed to protect the residents from toxic effects of ashfall containing carbon dioxide and fluorine that could affect the lungs.