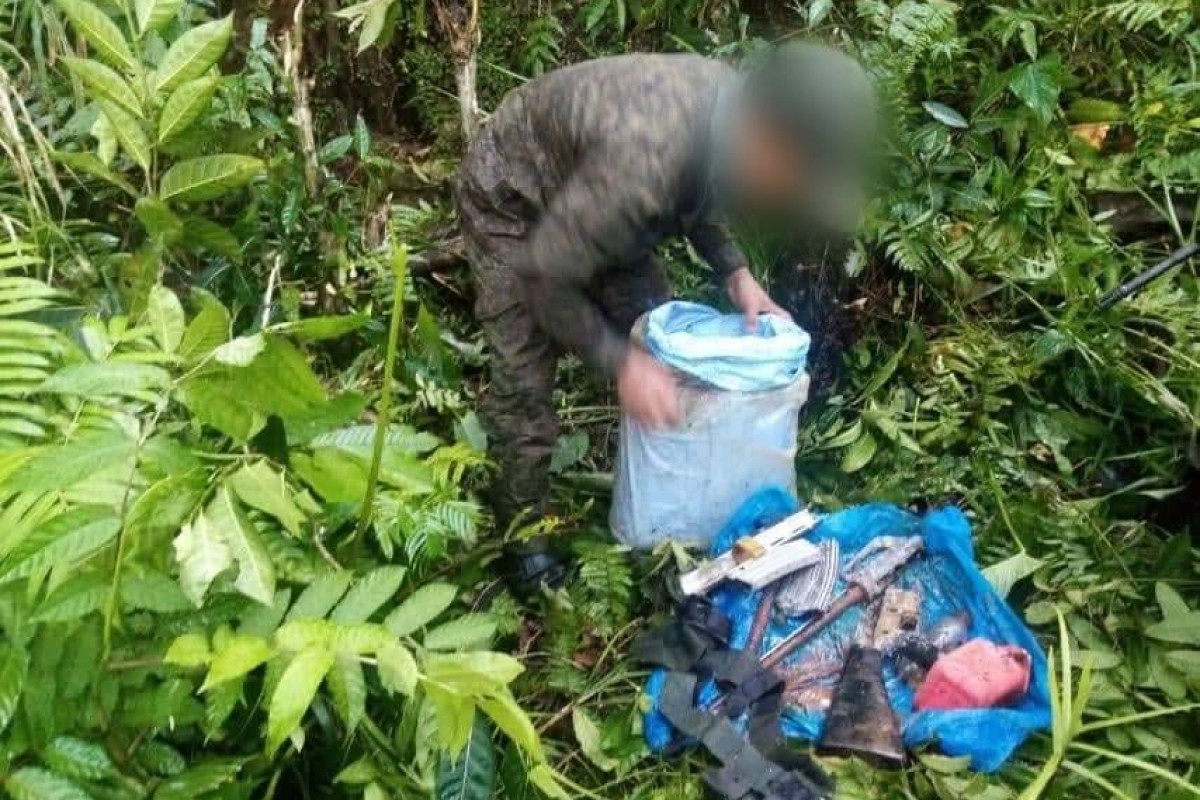 BORONGAN CITY -- The implementation of the Executive Order 70 or whole-of-nation approach has gained more success in Eastern Samar.

This developed after a former rebel surrendered a high-powered firearm and anti-personnel mines (APMs) to the headquarters of 78th Infantry Battalion (78IB) in Brgy. Lalawigan, Borongan City, on June 3.

Items surrendered included one (1) M16 rifle, three (3) magazines, 76 rounds of ammunitions, one (1) bandolier, and one (1)backpack, in addition to 46 anti-personnel mines.

The former rebel, who is now an active member of CAFGU Active Auxiliary (CAA), is a member of the speakers bureau and a maker of native baskets.

He decided to surrender the remaining firearms to the authorities due to the unending support of the local government unit of Borongan City and other government agencies.

As a result of his coming back to the folds of the law, he received benefits granted by the local and national programs under the National Task Force against Local Communist Armed Conflict (NTF-ELCAC).

In a press statement, Lt. Col. Allan T. Tria, commanding officer of the 78IB, 8th ID, Philippine Army, lauded the former rebel for his loyalty while he assured him of the continuing support of the government.

”The surrender of the firearm and anti-personnel mines is a manifestation of our proper handling of our former rebels. The effectiveness of the whole-of-nation approach through the collective efforts of the TF-ELCAC’s have provided the surrenderers immediate support and assistance,” Tria said. (MMP/CBA/PIA-8 with 78IB)