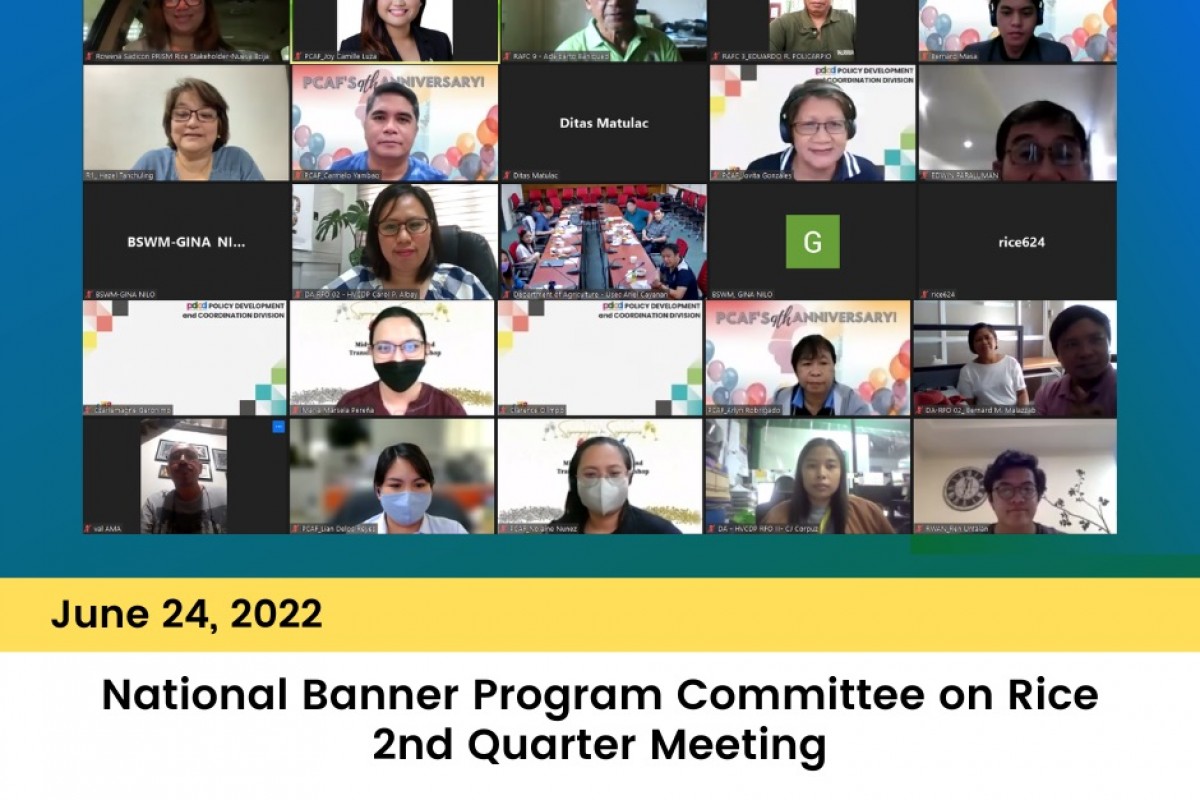 QUEZON CITY -- With its mandate of developing and prescribing uniform standards and classification in generating official statistics, the Philippine Statistics Authority (PSA) recommended the Department of Agriculture (DA) to conduct a study on rice classification in relation to the implementation of Republic Act No. 11203 or the Rice Tariffication Law (RTL).

This aims to better capture and reflect consumer preference and its impact on rice prices in PSA’s price and expenditure-related surveys.

The formulated rice classification system was presented by the DA Policy Research Service (PRS) during the second quarter meeting of the National Banner Program Committee on Rice on June 24, 2022.

Based on the actual samples of rice examined by the Philippine Rice Research Institute, National Food Authority, and PSA during their workshop, the working group concluded that it is easy to determine the ordinary rice from the special rice and the regularly milled from the well-milled. This is because these labels are already being used in some markets.

Meanwhile, no tags/labels are being used to classify the percentage of broken grains. As a result, the working group identified the following as the important variables to include in the rice classification: 1) type of rice; 2) milling degree; and 3) percent of broken grains.

A resolution was also passed to ensure the broad-based participation of farmers in consultations regarding the RTL.

On the other hand, the Bureau of Soils and Water Management (BSWM) updated the Committee on the status of the distribution of soil test kits (STKs) nationwide, as part of the implementation of the Philippine Council for Agriculture and Fisheries’ Resolution No. 19 s. 2020.

BSWM reported that a total of 810 soil test kits (STKs) were distributed in 154 municipalities in 2021 while 190 STKs were already disseminated in 38 municipalities this year.

The distribution of STKs also became part BSWM’s Balanced Fertilization Strategy (BFS). This science-based farming method focuses on the use of cost-efficient and proper combinations of organic and inorganic fertilizers to address the rising cost of fertilizer and sustain growth in rice productivity.