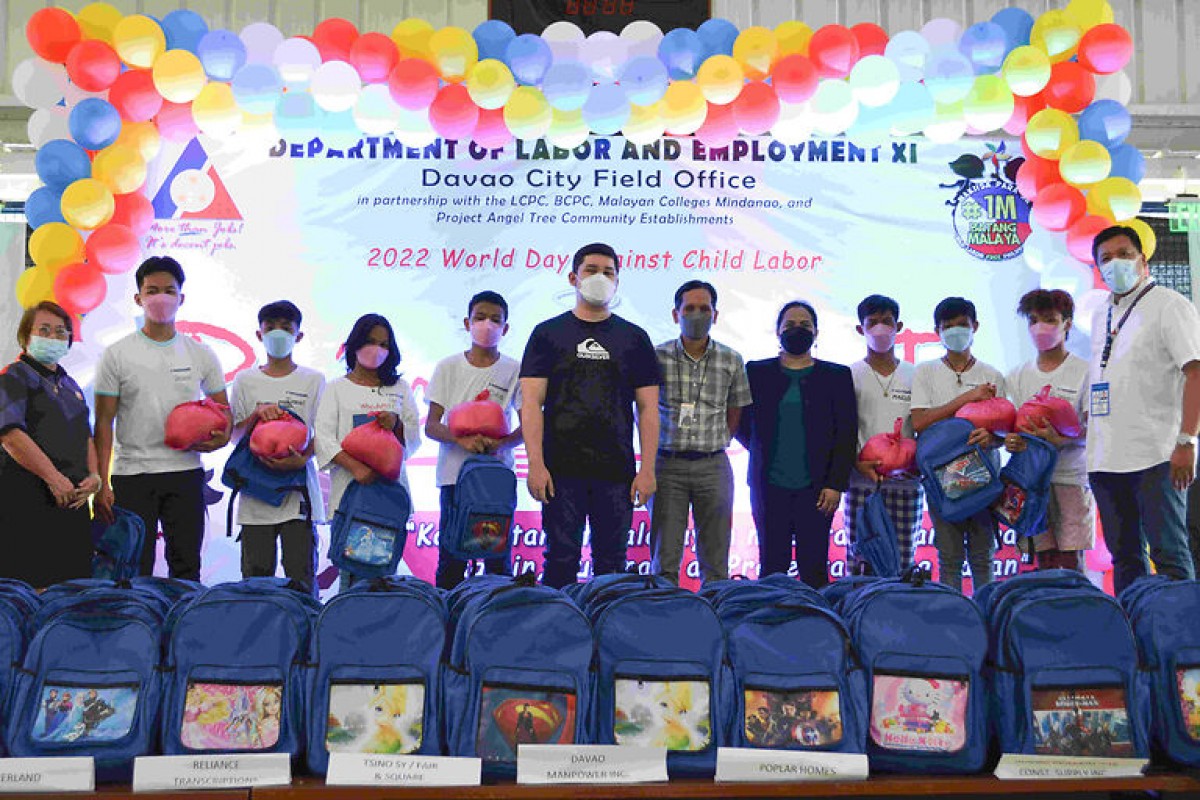 DAVAO CITY - Within the last four years, more than 20,000 child laborers were profiled in Davao Region, in which 2021 had the highest number with 10,797. As part of its strategy to broaden its campaign against child labor in the region, the Department of Labor and Employment XI initiates several undertakings and strengthens its partnership with stakeholders in achieving the common objective of safeguarding the Filipino children.

For instance, various awareness-raising efforts were conducted in line with the month-long celebration of World Day Against Child Labor (WDACL), an annual event that coincidentally falls on Philippine Independence Day, with the national theme “Karapatan at Kalayaan ng Batang Manggagawa: Sagipin, Tugunan, at Protektahan ng Bayan.”

One of the highlights of these efforts was the conduct of a charity event through DOLE XI’s Project Angel Tree, spearheaded by the DOLE-Davao City Field Office (DOLE-DCFO), on June 30, 2022 at Malayan Colleges Mindanao in Davao City. DOLE-DCFO reached out to partner agencies and private organizations to raise funds and collect goods including food and school supplies for some 100 profiled child laborers. Among the major partners for the Project Angel Tree were the Office of the First Congressional District of Davao City, Davao Light Power and Company, NCCC Cares, and BPO companies in Davao City.

In his message, Assistant Regional Director Atty. Jason P. Balais acknowledged the outstanding collaborative efforts of partners and stakeholders towards achieving a meaningful advocacy campaign. “This endeavor is directed towards relieving the plight of children living in poverty and engaging into worst forms of child labor. Subsequently, we have to continue to work together and show that we are one with the nation’s goal in addressing this major problem and in strengthening children’s rights,” he said.

Another major activity in line with WDACL was the DOLEkula Film Festival wherein six (6) DOLE XI Field Offices produced short films sans dialogues that depicted prevalent child labor issues and concerns in the society such as children’s right to education and the hazardous work performed in unhealthy conditions that could lead to unfortunate events. The entries were posted on the social media account of DOLE XI on June 6, 2022, which collectively garnered close to 45,000 views. This activity was an indication of DOLE XI’s support to all forms of campaign to prevent and eliminate child labor in the region.

Through the Child Labor Prevention and Elimination Program (CLPEP) of the Department, DOLE aims to remove children from child labor by provision of financial assistance for their education and livelihood grants and skills training to their parents.

In addition to its role in preventing and eliminating child labor, DOLE XI chairs the Regional Council Against Child Labor (RCACL) XI composed of various NGAs, non-government agencies (NGOs), and Tripartite Industry Peace Councils (TIPCs) in Davao Region. The RCACL is the regional counterpart of the National Council Against Child Labor (NCACL) tasked to augment the government efforts for the protection of children’s rights.

Regional Director Atty. Randolf C. Pensoy said in one of his speeches that the men and women of DOLE XI, notwithstanding the challenges brought by the COVID-19 pandemic, were diligent in delivering the programs and services of the Department to prevent and eliminate child labor in the region. “As we recover from the impact of the pandemic, we stand ready to provide more assistance and reinforce our fight against child labor,” he emphasized. (DOLE-XI) 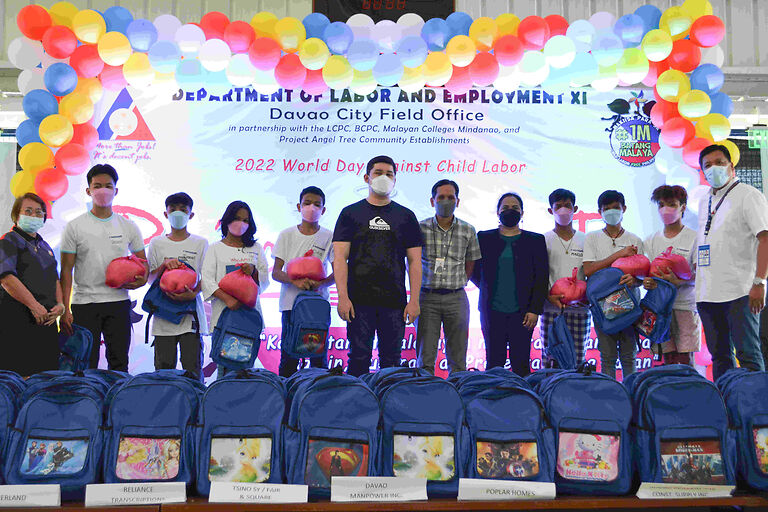 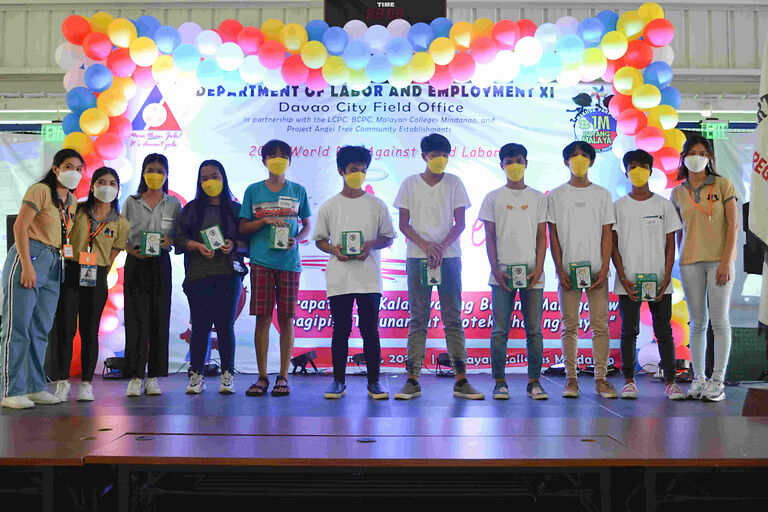