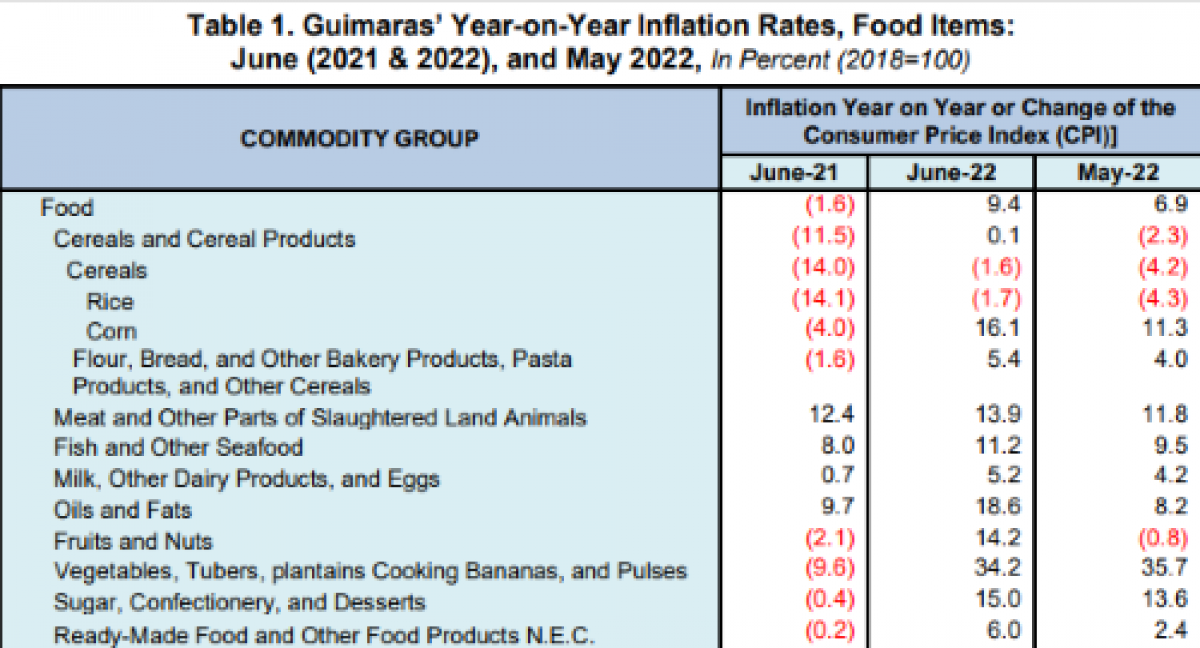 ILOILO CITY (PIA) - - The annual rate of change in food commodity prices in the province of Guimaras went up to 9.4 percent in June, 2.5 percentage points quicker than the 6.9 percent inflation in May 2022, based on the Retail Price Survey of Commodities for the Generation of Consumer Price Index of the Philippine Statistics Authority (PSA).

“Other food items that contributed to the food inflation shoot up in June 2022 were: Meat and other parts of slaughtered land animals (13.9%); Ready-made food and other food products n.e.c (6.0%); Oils

Losare also expounded that only the vegetables, tubers, plantains, cooking bananas, and pulses commodity group managed to slow down to 34.2 percent in June 2022 from 35.7 percent in May 2022.

The January and June 2022 food inflation got the highest year-on-year price changes at 9.4 percent since June 2021. (See Figure 1)

For the past 13 months, food inflation

rates showed increasing trends, beginning with -1.6 percent food inflation in June 2021 and constantly rising until it reached 5.4 percent inflation in December, the highest inflation level in seven months of 2021.

The average food price changes for the first six months of the current year stood at 6.5 percent, which was the highest average food inflation since 2019. 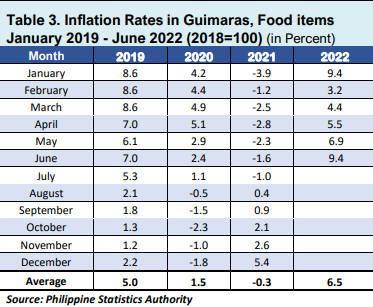