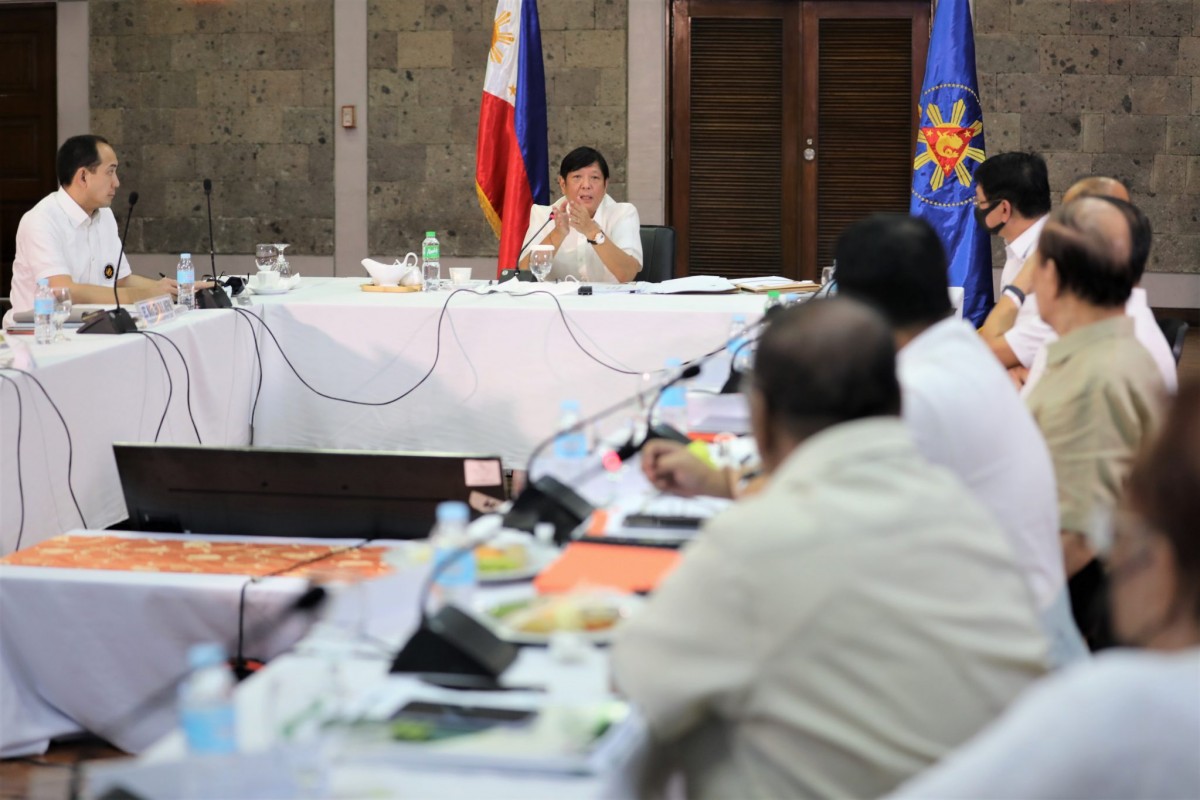 QUEZON CITY -- In an effort to ensure sufficient food supply while the country faces the looming food crisis, and boost production of the country’s essential food items for the long-term, President Ferdinand R. Marcos met with key officials of the Department of Agriculture on June 18, at the Bureau of Soils and Water Management Convention Hall in Quezon City.

“We need an immediate plan to ensure that our food supply and the food prices are within reach of ordinary Filipinos from now until the end of the year,” the President and current DA Secretary said.

Undersecretary for Operations and Chief-of-Staff Leocadio Sebastian led the presentation of the agency’s catch-up operational plan, which will prioritize the production of rice, corn, livestock, poultry, vegetables, and fisheries will be prioritized.

Strategies for other programs such as fertilizer subsidy, urban and peri-urban agriculture, and Kadiwa that will boost food production and improve the mobilization of affordable agri-fishery commodities were also presented.

To address the high price of fertilizers, President Marcos expressed that government-to-government procurement needs to be pursued to avail of cheaper fertilizers that can be provided to local farmers.

On the issue of vegetable smuggling and illegal importation of other agriculture products, the President also directed that the country’s system of importation should be fixed in coordination with the Bureau of Customs, the House of Representatives, and the Senate.

The country’s Farm-to-Market Road (FMR) Network Plan and the need to prioritize and harmonize FMR projects were also tackled during the meeting.

“FMR is the first step to solve some of the supply chain problem,” the President said.

He stressed that the construction of FMRs and infrastructure support projects should be prioritized in major food production areas and that all FMRs should be aligned with the overall plan.

“We are in the process of maximizing those areas that are already producing para dumami ang production,” the President said.

He also instructed the concerned officials to identify priority areas, create the necessary maps, and provide copies of the master plan to economic managers and local government units.