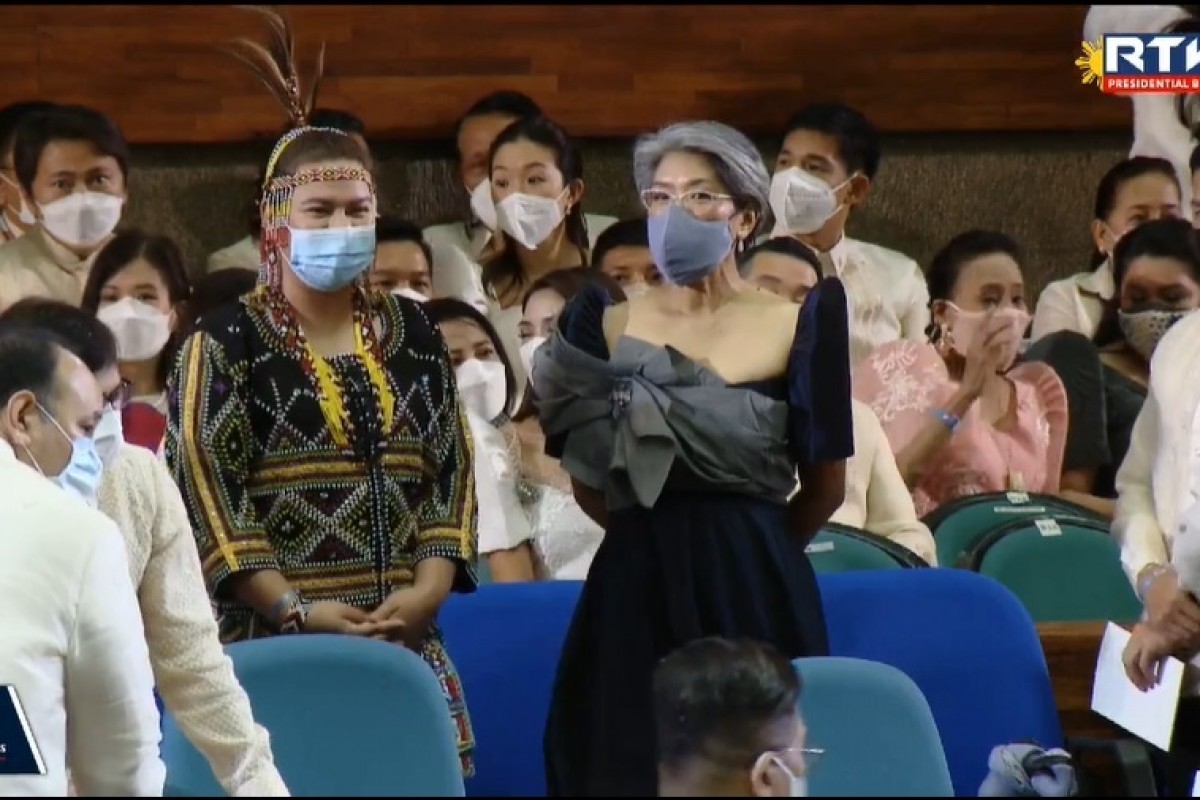 Duterte-Carpio met with pro-Marcos groups that gathered along IBP Road in Quezon City on Monday shortly after the Chief Executive delivered his first SONA at the nearby Batasang Pambansa.

The Vice President also conveyed her gratitude to those who backed the BBM-Sara ticket in the 2022 national polls.

Marcos and Duterte-Carpio won by landslide after getting more than 30 million votes each, the biggest mandate so far in recent Philippine elections.

"Thank you for supporting PBBM in his State of the Nation Address. And thank you for helping the BBM-Sara UniTeam in the last elections," Duterte-Carpio said in her brief speech.

"We are all praying that we won't fail in our recovery efforts for our country," she added.

Among the priority programs cited by President Marcos in his SONA are economic recovery efforts and health systems capacity-building amid the persisting threat of COVID-19.

He also vowed to prioritize projects in agriculture, infrastructure, education, internet connectivity, arts and culture, among others. (OPS Special Concerns)