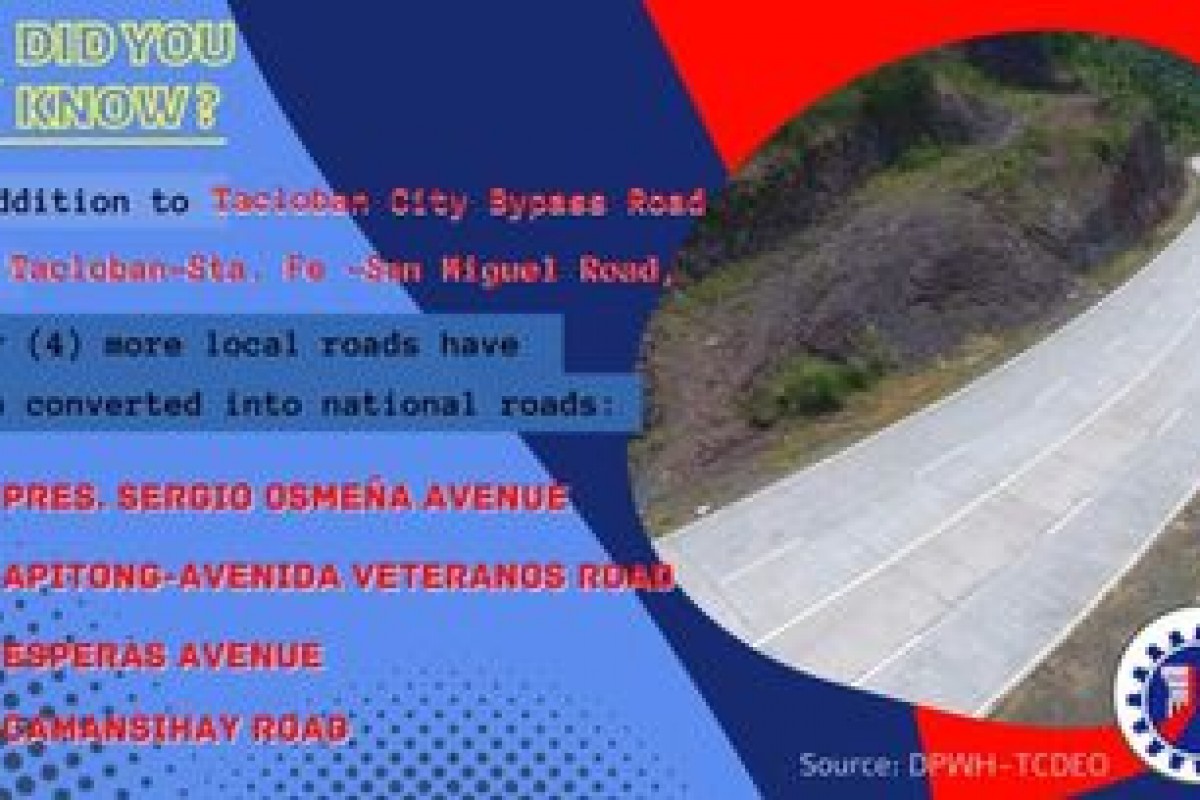 TACLOBAN CITY -- Four more local roads in Tacloban City were now classified as national roads, according to the Department of Public Works and Highways (DPWH).

The conversion of these roads was effected through Department Order No. 125 signed by then Acting Secretary Roger Mercado on June 22, 2022.

As a result of this conversion, the responsibility for the repair and maintenance thereof has been handed over to the national government through DPWH.

With the existing  Tacloban City Bypass Road and Tacloban - Sta. Fe-San Miguel Road, there are now six national roads under the jurisdiction of the Tacloban City District Engineering Office (TCDEO).

Being delighted with the promulgation, District Engineer Johnny Acosta looks forward to a more enhanced economic productivity not just in the city, but in the entire region. (TCIO)