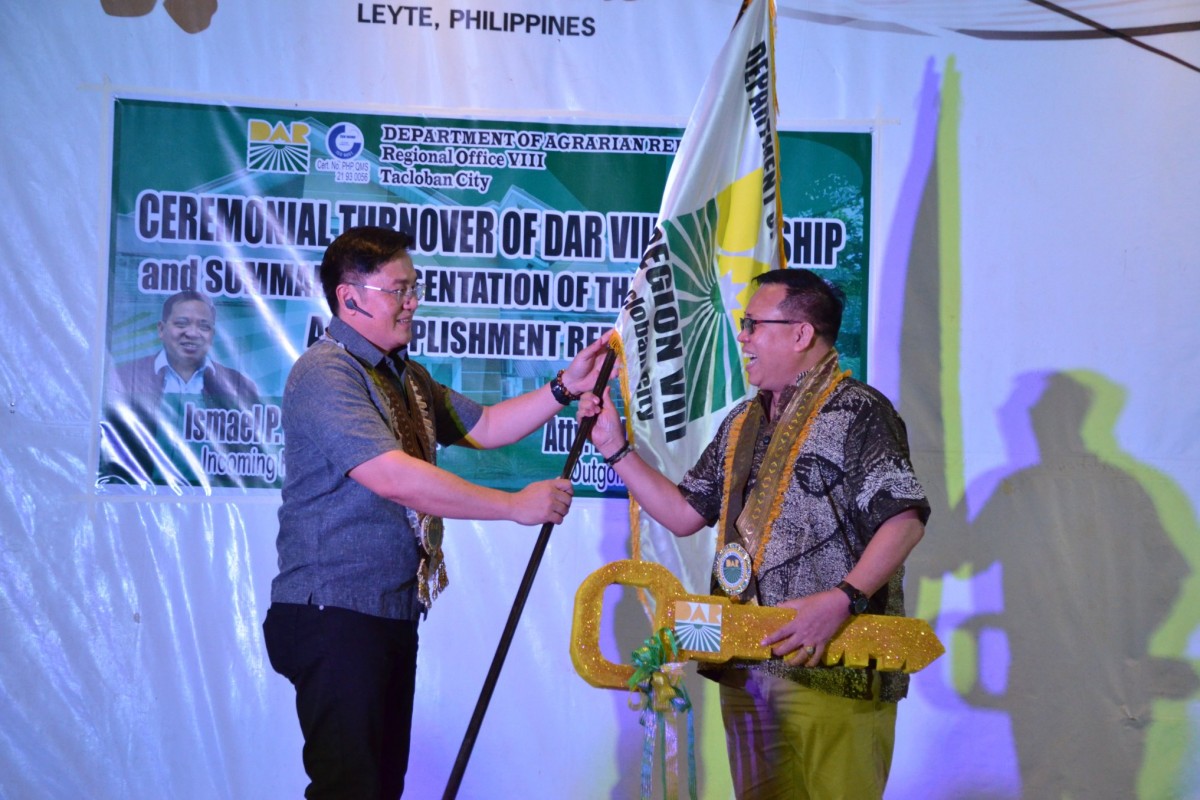 TACLOBAN CITY -- After having been replaced last year by lawyer Robert Anthony Yu, Ismael Aya-ay gets back his old post as the Regional Director of the Department of Agrarian Reform (DAR) in Eastern Visayas.

Agrarian Reform Secretary Conrado Estrella III, through Special Order No. 399, series of 2022, which he issued on the first day of July this year, designated again Aya-ay as OIC-Regional Director for this region in a concurrent capacity as the Assistant Regional Director for Administration.

Yu relinquished his responsibility back to Aya-ay on July 14 in a ceremony attended by all DAR officials throughout the region, and all the employees at the regional office.

Yu, in his bequeathal message, encouraged all DAR employees all over the region to extend to Aya-ay the same support accorded to him during his tenure.

Aya-ay, in his acceptance speech said, “To the entire workforce of DAR Region-8, I encourage and exhort in the name of public service to sustain the positive strides that we have started.”

Prior to Yu, Aya-ay served as OIC-Regional Director in the  region for 15 months, succeeding the late Stephen Leonidas.

Meanwhile, on the same special order, Yu is transferred to DAR Central Office as Director of the Bureau of Agrarian Legal Assistance (BALA). (DAR-8)