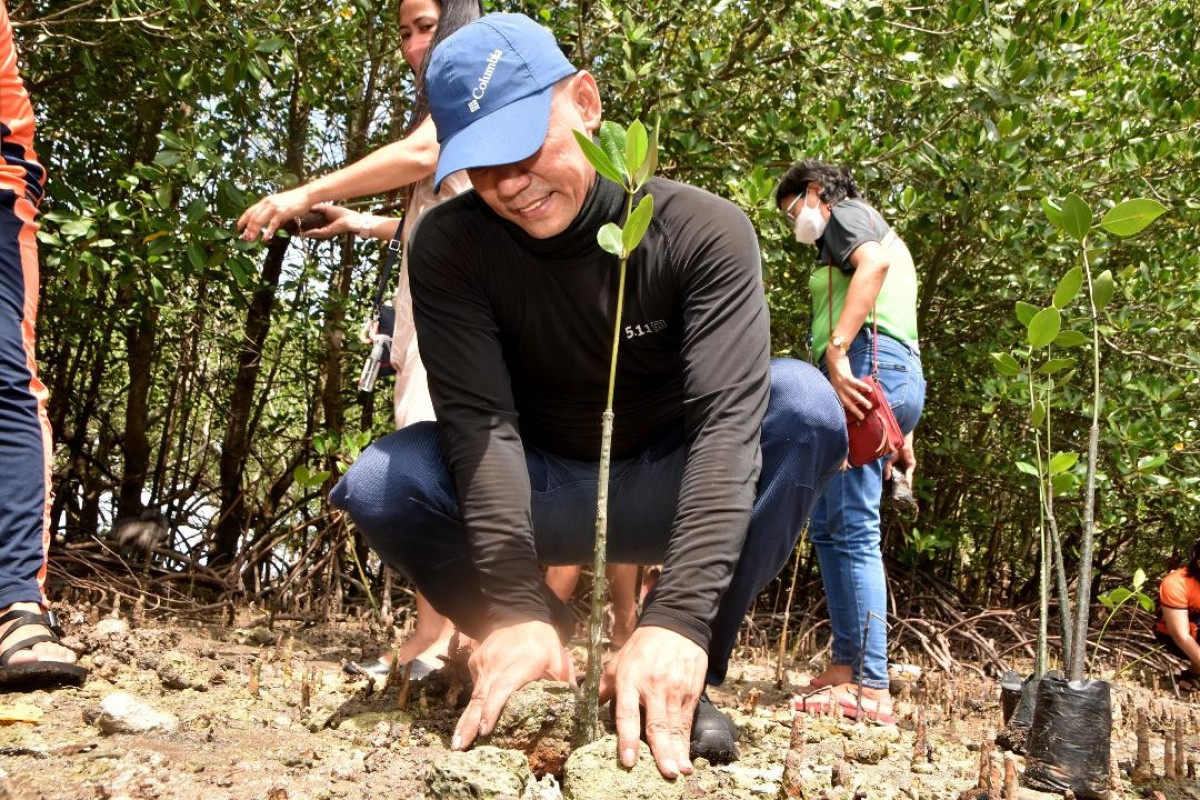 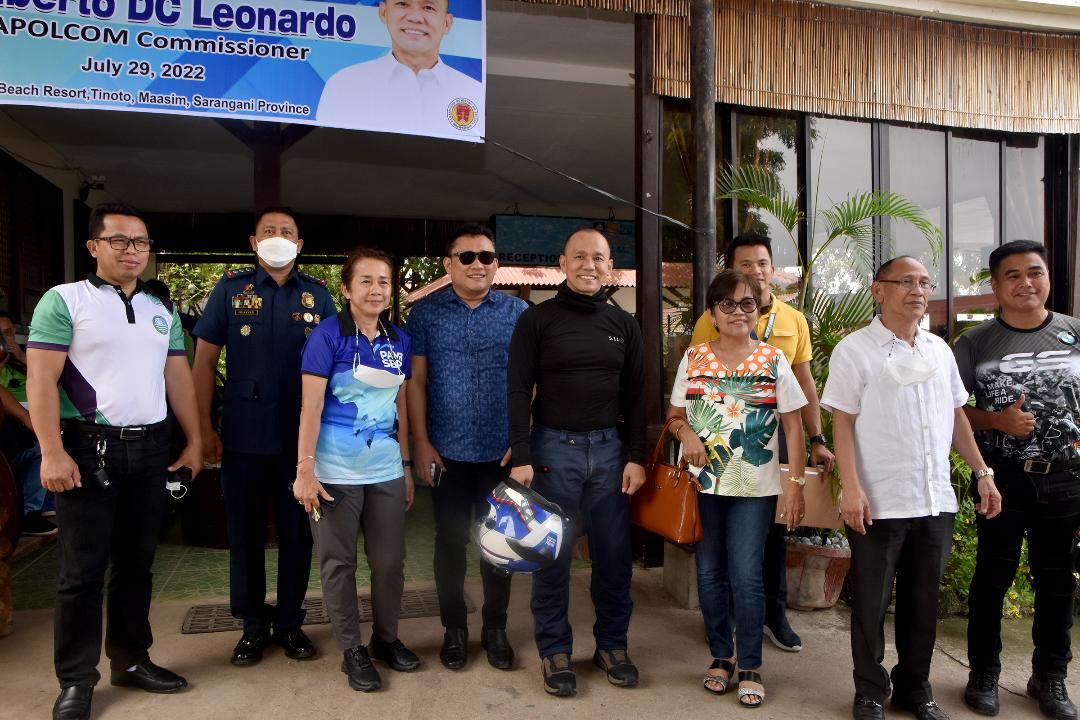 MAASIM, Sarangani -- NAPOLCOM Commissioner Edilberto Leonardo joined in the mangrove planting activity during his executive visit in Maasim on July 29.

The activity was organized through the partnership of the offices of the Department of Environment and Natural Resources, Police Regional Office, and National Police Commission (NAPOLCOM) Region 12.

In the event, Leonardo underscored “Makakalikasan” as among the core values of the Philippine National Police (PNP) and said “PNP should really conduct environmental activities like this.”

As the former environment undersecretary, the commissioner said helping the environment regenerate became his passion and advocacy.

In an earlier luncheon meeting with Provincial Administrator Atty. Ryan Jay R. Ramos, Leonardo said Ramos had assured “full support” to the environmental undertakings of the PNP under the administration of Governor Rogelio “Ruel” D. Pacquiao.

Sarangani was chosen to showcase the best practices on Community Service-Oriented Policing (CSOP) during the executive visit of the commissioner. 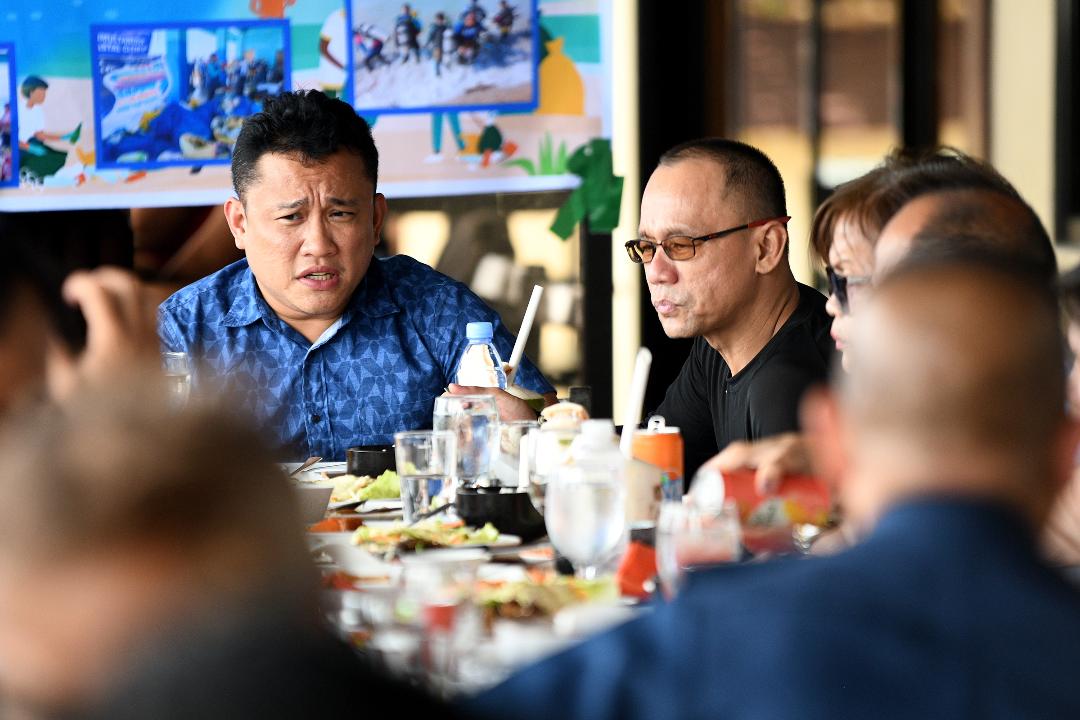 CSOP is a breakthrough organizational goal of the NAPOLCOM.

One of the systems that the NAPOLCOM wants for the PNP, according to PMAJ Robert Fores, Chief of Police of Maasim PNP, is to adopt CSOP where he mentioned among the commissioner’s agenda was to “confirm” the best practice of Maasim Police Station “for the care of the environment and protection of Sarangani Bay” through scubasurero and coastal clean-up.

“With the help of the Municipal Government of Maasim and some stakeholders and volunteers, we raised awareness on the proper disposal of solid wastes. And, we also raised awareness for the protection of Sarangani Bay” as an important source of “food, recreation, and survival.”

“With our best practice scubasurero and coastal clean-up, it perfectly sets the requirement of the triumvirate partnership” forged by PNP, the community, and the local government unit, Fores said.

Fores then anticipated that their “emerging best practices would also be replicated nationwide.”

During his visit, Commissioner Leonardo also “ensured that the PNP is doing their job well in accordance with the programs and policies that were approved by the NAPOLCOM.”

“We have to ensure that the PNP is capable, competent, and credible in their day-to-day activities,” he said. (Beverly C. Paoyon/SARANGANI PROVINCIAL INFORMATION OFFICE)