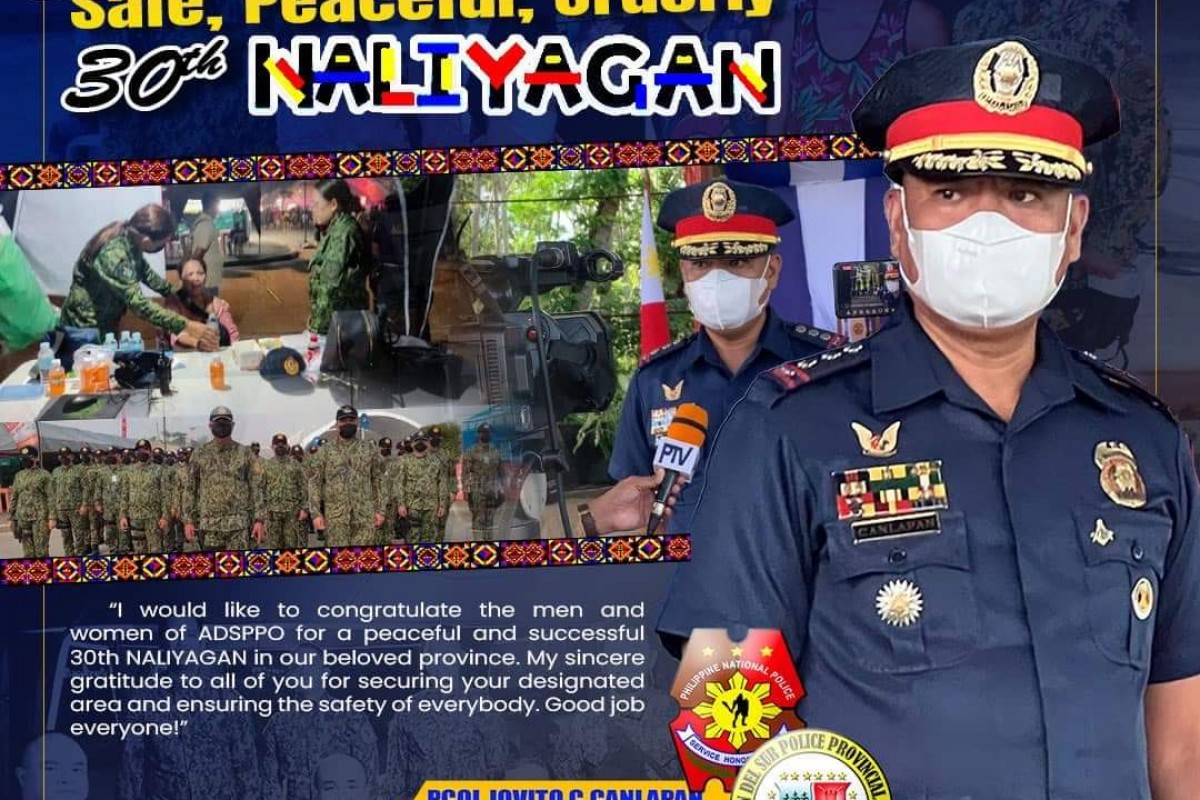 PROSPERIDAD, Agusan del Sur -- Through the efforts of the Agsuan del Sur Police Provincial Office (ADSPPO) personnel headed by Police Colonel Jovito C Canlapan, Acting Provincial Director, resulted to a peaceful and orderly conduct of 30th Naliyagan Festival. Preparations were made a month before the said festival, including the Final Security Deployment Briefing.

"I would like to congratulate the men and women of ADSPPO for a peaceful and successful conduct of 30th Naliyagan Festival in our beloved province. My sincere gratitude to all of you for securing your designated area and ensuring the safety of everybody. Good job everyone," PCol Canlapan said.

This is in line with the Process Excellence perspective of the PNP P.A.T.R.O.L. Plan 2030, in Improving the Crime Prevention initiatives of the province. (ADSPPO/PIA-Agusan del Sur)