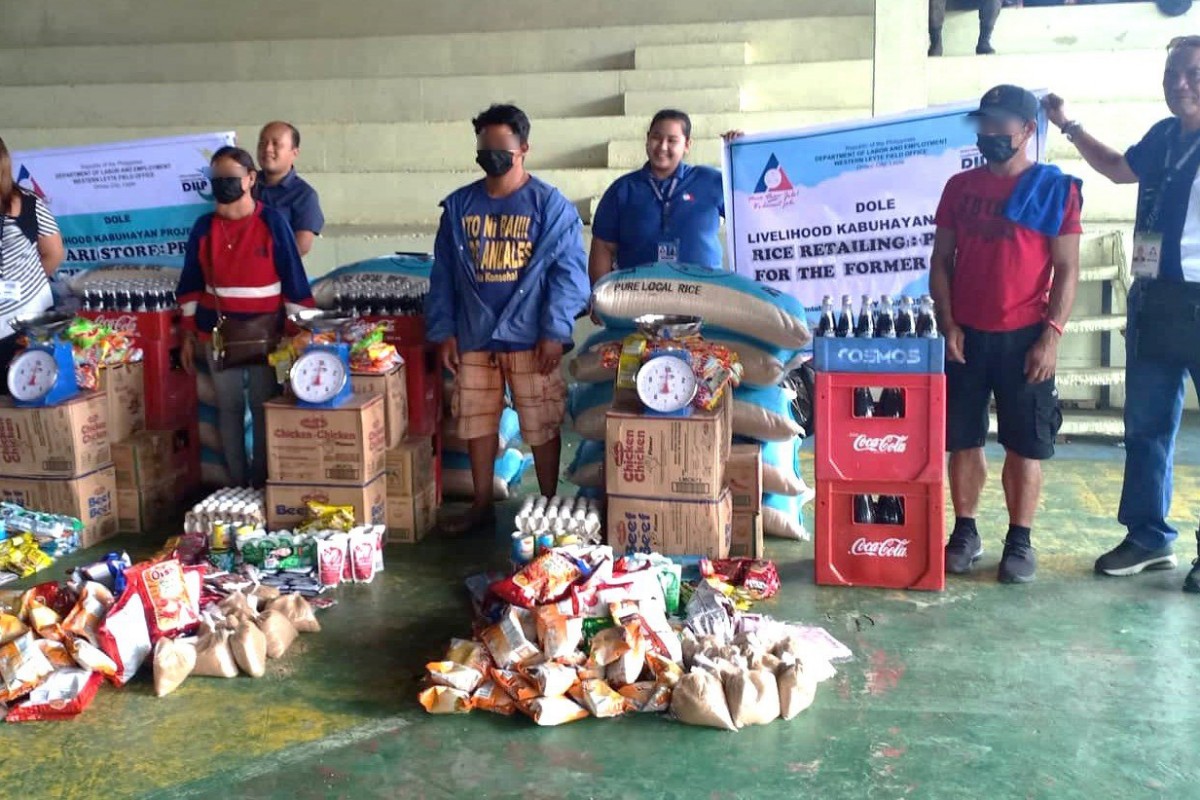 TACLOBAN CITY -- A total of 35 former rebels and underemployed members of the Mahaplag Integrated Peace and Development Workers Association (MIPWDA) have received P400,000 worth of livelihood grants from the Department of Labor and Employment Regional Office VIII through its Western Leyte Field Office on August 4.

During the turnover ceremony held at the Brgy. Poblacion Gymnasium in Mahaplag, 30 of the beneficiaries received rice retailing projects amounting P250,000 while the remaining five (5) received their sari-sari store projects that cost P150,000.

In his message, Tabuyan underscored the government’s efforts to assist former rebels as they strive to go back to the folds of the law.

“We are here to support your new journey as law-abiding citizens. And with these livelihood projects, we hope to see you become successful,” said Tabuyan.

The said livelihood undertaking of DOLE with the municipality of Mahaplag is in support of the National Task Force to End Local Communist Armed Conflict (NTF-ELCAC) which ultimately aims to put an end to rebellion. (DOLE-8)