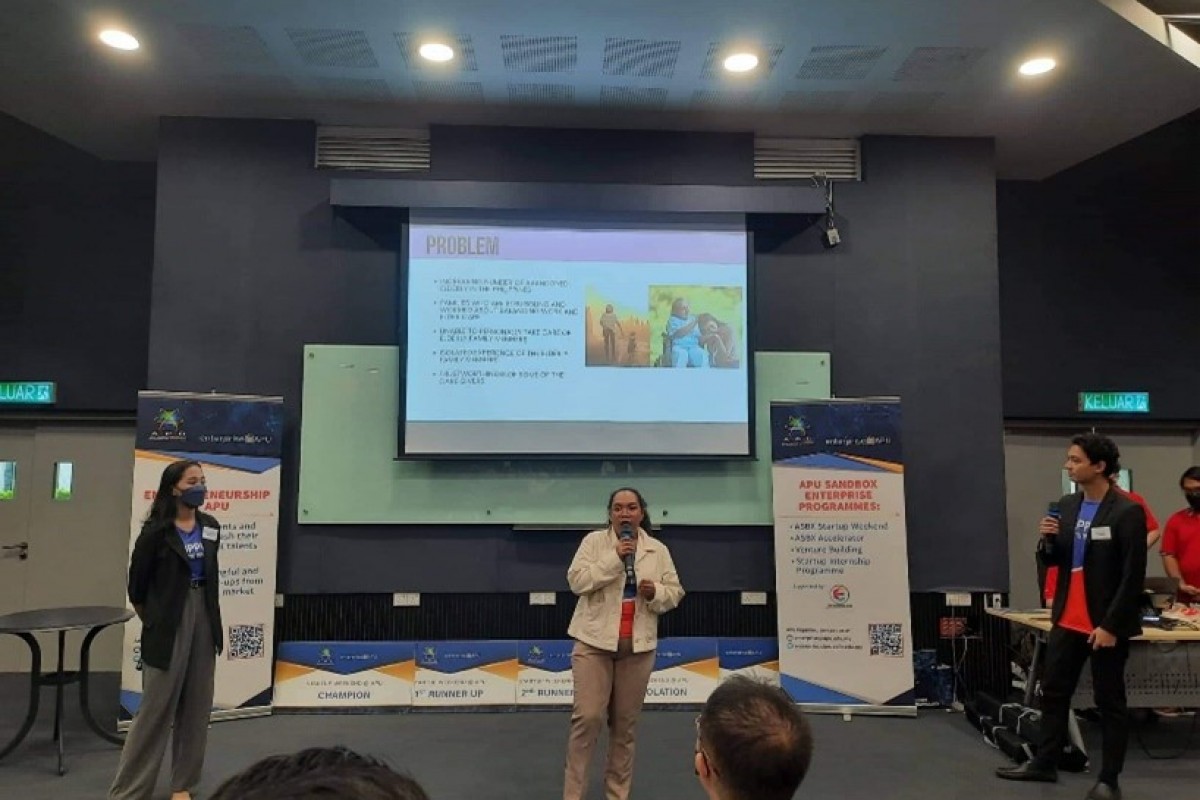 The Entrepreneurship Summit 2022 promoted knowledge sharing between and among educational and Science and Technology Institutions, student and staff academic mobility in relation to techno-based entrepreneurship, and support startup/spin-out companies from educational institutions’ incubators.

It featured participation from member universities and organizations of the University Incubator Consortium (UniIC), a group formed to carry out capacity building endeavors in support of start-up and spin-out companies. UniIC was established through the collaboration of APU with nine ASEAN and South African universities, DOST-MIMAROPA, and the Ministry of Sports, Youth & Education of Cambodia. The entrepreneurship summit is one of the activities lined up as fruit of the collaboration of the said institutions.

PSU who currently hosts the Palawan International Technology Business Incubator (PITBI) with DOST-MIMAROPA— one of the first established TBIs in the Philippines, is one of the member universities of the consortium. DOST-MIMAROPA, who co-established the PITBI, worked on the membership of PSU in the consortium to strengthen the university’s overall research, development, and innovation (RDI) functions.

During the opening ceremony, universities including PSU presented their economic and incubation programs. OIC- Vice President of Research Development and Extension Dr. Marjorie Astorias Española and PITBI Operations Manager Fheter Calanday highlighted PITBI’s accomplishments. DOST-MIMAROPA’s role in the establishment of PITBI and its assistance in steering the RDI direction of the university through R&D collaborations, research funding, networks and linkages, and capability building trainings for technopreneurship was also emphasized.

As members of the consortium, Dr. Ma. Josefina P. Abilay and Dr. Ramon Docto were among the invited panelists in the two-part Global Webinar Series held on August 4 at the same university.

Dr. Abilay shared the incentives and polices supporting the start-up ecosystem in the Philippines. Particularly, Dr. Abilay introduced the role of DOST and DOST-MIMAROPA in innovation and the different programs that startups can avail at the different levels of their development. Dr. Abilay also delved on the different innovation and startup development legislations that was recently promulgated by the Philippine government. Dr. Docto, along with three other university heads, delivered a message about PSU’s aspiration for students and start-ups and the university’s strategies and frameworks to support innovation.

In another event, Mr. Calanday, served as the guest speaker for the Enterprise Talk Wednesday. Mr. Calanday discussed strategies for seeking financial resources for startups. He introduced bootstrapping, wherein startups use its own savings to fund related activities and fund raising, an activity where startups would externally source needed funds such as crowdsourcing. 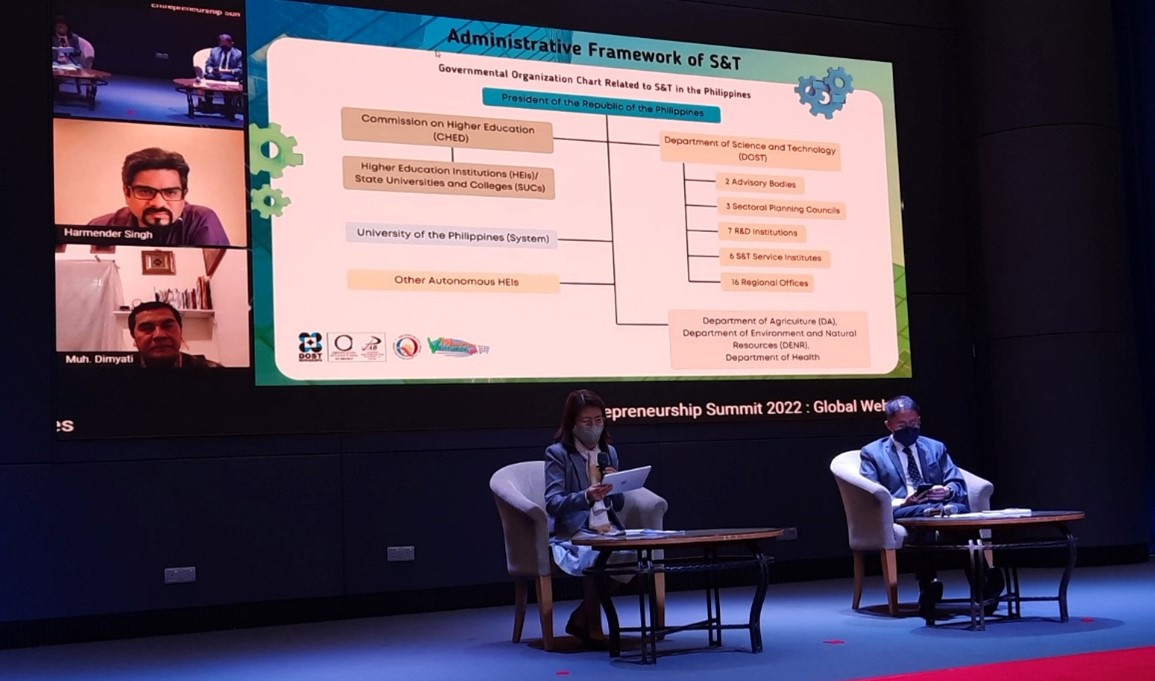 The second part of the summit was a Startup Bootcamp Weekend participated by students and academic mentors. PSU was represented by WeCare Team composed of student-CEOs from the College of Business and Accountancy, College of Engineering Architecture and Technology, and PSU-Narra.

The bootcamp serves as an opportunity to guide a group of young technopreneurs in crafting a business model by partnering them with an industry mentor. The WeCare Team pitched their technology “WeCare”, a care companion provider application for elderly family members. The team was awarded with the Best Teamwork during the end of the bootcamp.

Also part of the entrepreneurship summit is the planning of the 2023 consortium activities which include the publication of two books in a Scopus indexed. DOST-MIMAROPA and PSU will write one chapter each for the book titled, “University Incubators and Start-ups: Evidence from emerging and transitioning economies.” DOST-MIMAROPA will publish “Entrepreneurship and SMEs through Business Incubators” while PSU will write about the “Experiences & Challenges of Technology Business Incubation in The Philippines Palawan International Technology Business Incubator”.

The delegates also visited technology park Malaysia (MRANTI), a quasi-government agency dedicated for the startups/incubatees laboratory or testing of their prototypes. In addition, a benchmarking activity was held in four major universities in Malaysia known for their incubation setups: Asia Pacific University (APU), Universiti Malaya (UM), Universiti Teknologi Petronas (UTP), HELP University and Mr Andrew Wong’s E3 HUBs. Mr. Wong talked about the MS Technopreneurship program, which he teaches as an international faculty, and gave insights on teaching the course to lead students to build a startup. He also introduced the HELP University, an institution that offers a unique online distance learning and Expanded Tertiary Education, Equivalency and Accreditation Program.

The entrepreneurship summit also identified possible consortia activities for the following year including an International Conference on Startup & Technopreneurship Ecosystem (ISTE) and a hybrid set-up of UNIIC Demo Day to be held at Telkom University in Indonesia in August 2023. For R&D collaboration, APU shared the research project entitled “Digitally Intelligent -Girls(DI-Girls): Capitalizing ICT for Not in Education Employment or Training (NEET) Girls in Rural Communities in the Asia-Pacific Region” which will be pursued by the UNiIC members. The project seeks to address issues and challenges related to ICT in rural areas, achieve SDGs Address Girls who are Not in Education, Employment or Training (NEET), promote inclusive capacity building and enhancing digital skills literacy, and address learning loss due to COVID-19. A possible collaboration between PSU and APU and Triskati University was also considered for PSU’s DOST Niche Center in the Regions (NICER) project on petroleum engineering and oil gas exploration. (PR)