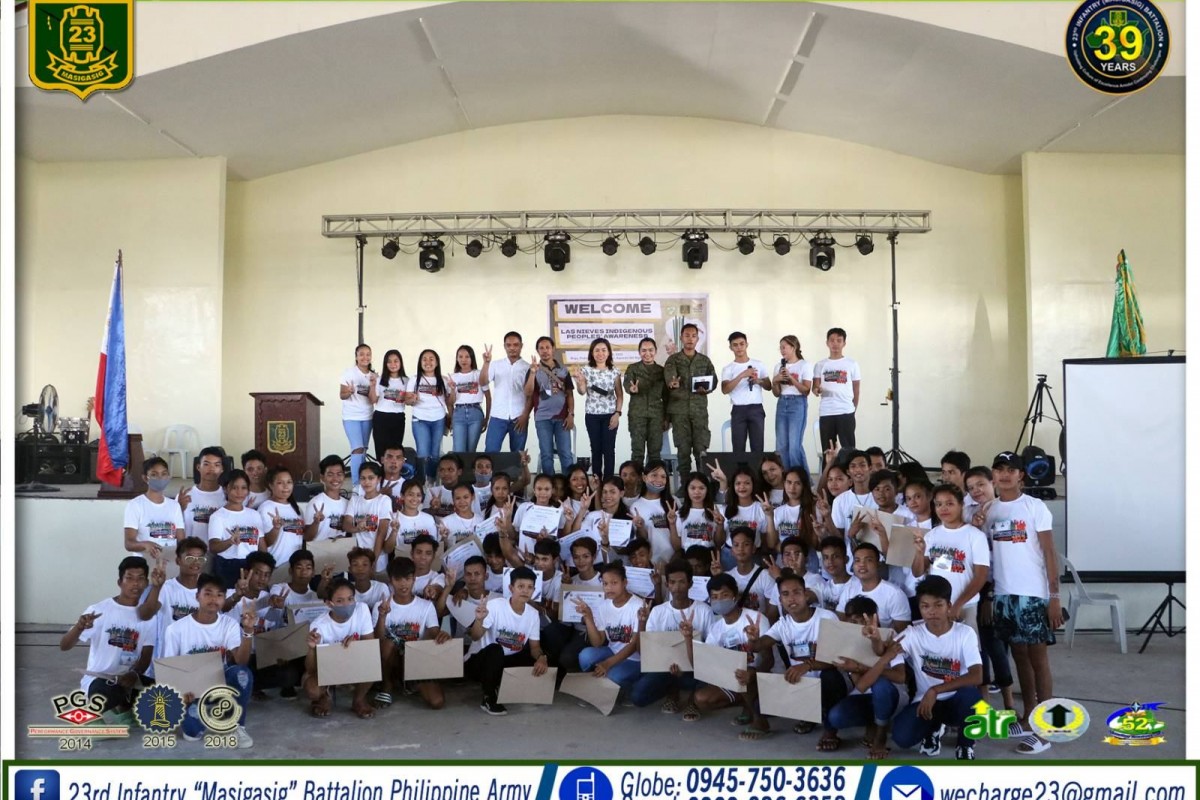 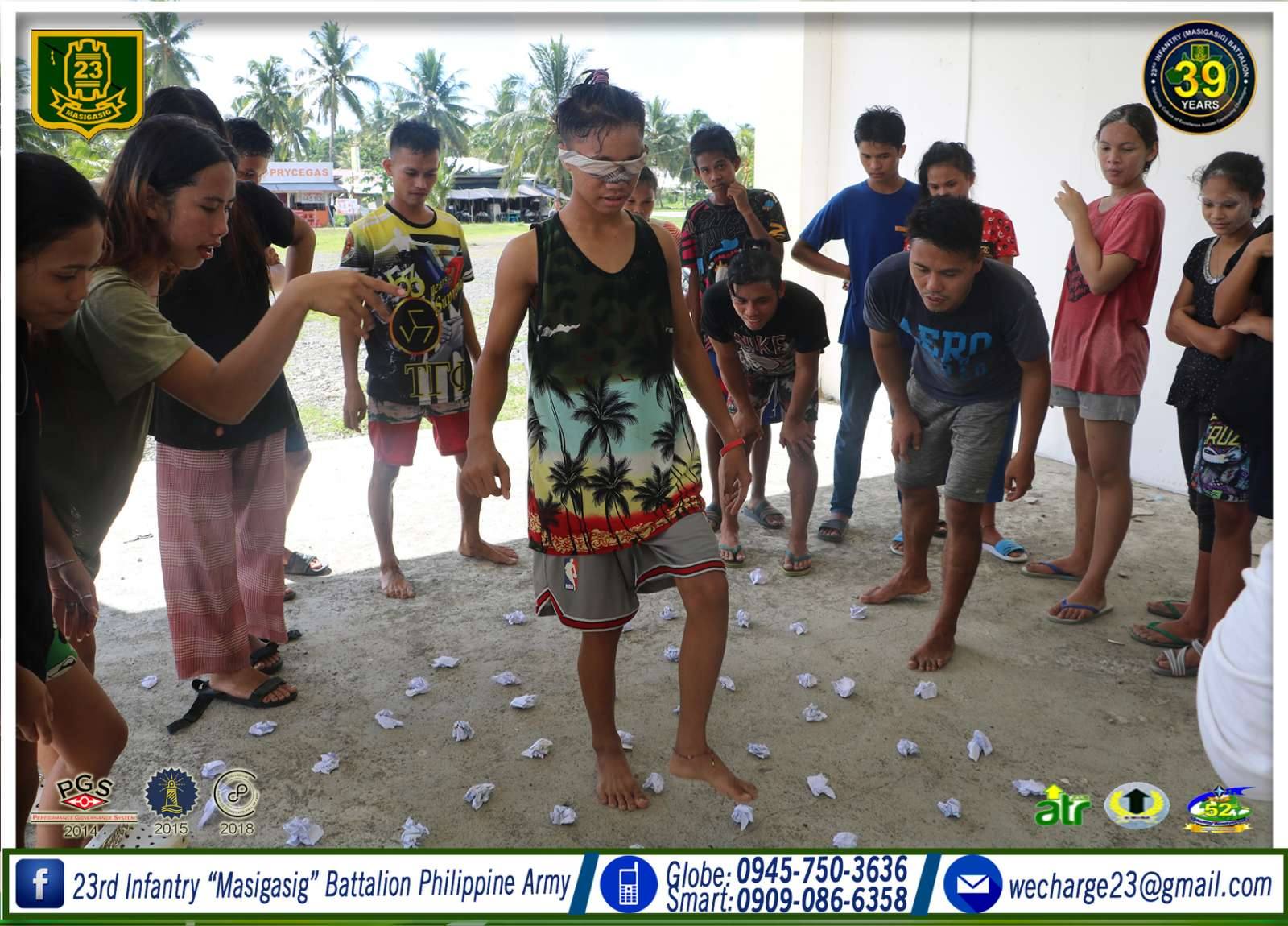 Fifty-five participants from the youth sector of the Indigenous Community attended the said activity, with the theme:  “Kabatan-onan Hiusahon Arun Kaugmaon Ug Kahapsay Maangkon,” which aspires to nurture and develop them to become responsible citizens and good leaders in the near future. It includes  series of lectures from different line agencies, small group discussions, Cultural Presentations, Team-building, and Spiritual Enlightenment activities.

The activity aims to give the different sub-sectors of the IP youth a wider perspective on the current issues that hinder peace, progress and development. It gears for a broader acceptance of individual responsibility through series of lectures and interactive discussions focusing on leadership and the role of the youth in nation-building. The activity was also designed to help the IP youth participants to  transform and be empowered as they fulfill their roles as responsible and honorable citizens of our country.

One of the attendees, Elmar G Labanes of Sitio Bokbokon, acknowledged  the value of the learnings he gained from the three-day activity. "Through this IP Awareness, we  gained a lot of knowledge and it strengthened our self-assurance, developed our leadership potential, and improved us individually and as people. Additionally, it contributed to the development of our moral character and love for our nation.”

He expressed his gratitude to the leadership of Las Nieves Municipality and the 23rd IB for the said activity which helped the youth in their barangay become more involved and conscious of their duties as community members. 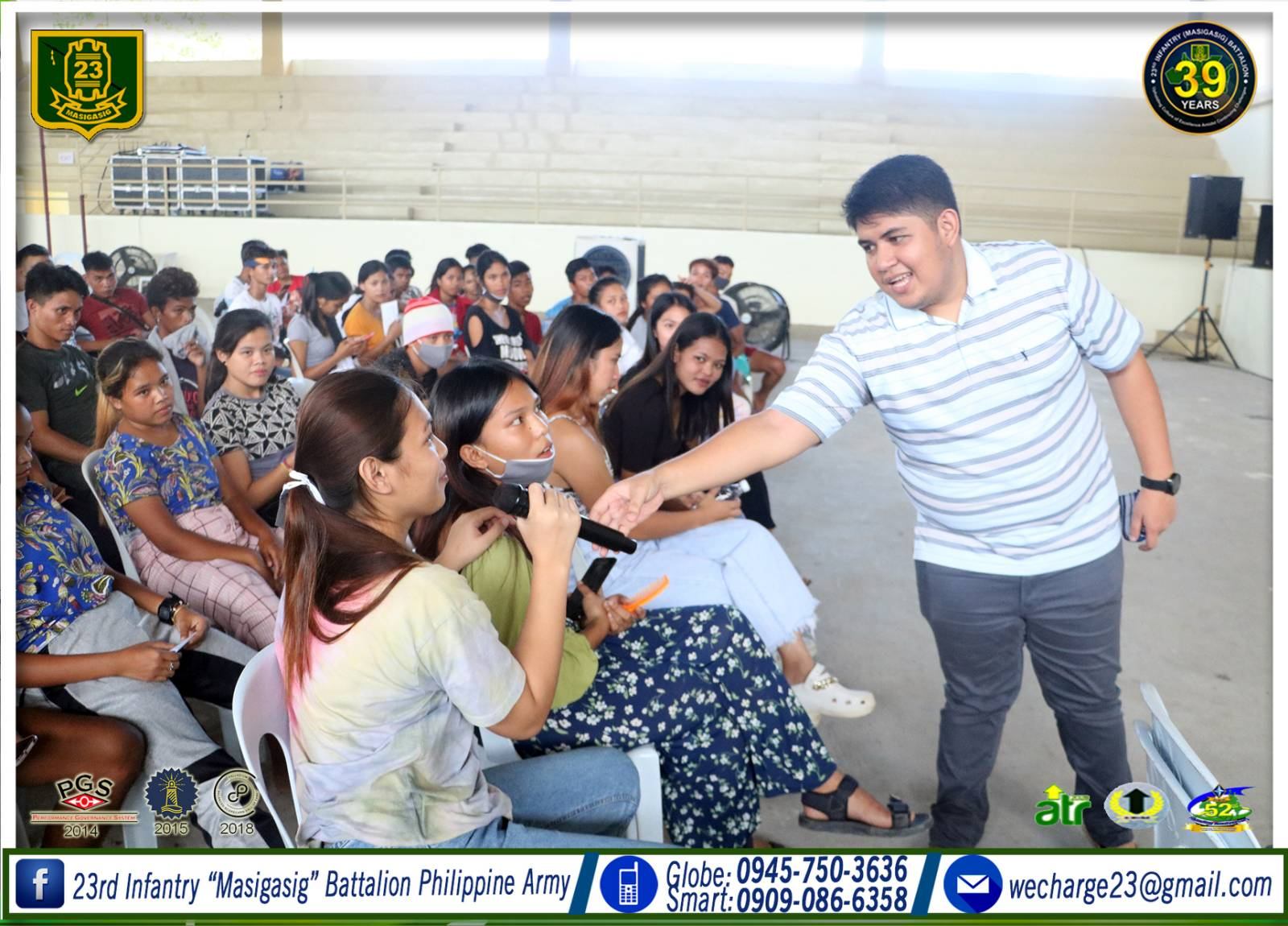 “The training also made us become aware and cautious of  the Communist Party of the Philippines (CPP) which is recruiting the youth to become armed members of the New People's Army (NPA),” Elmar G Labanes further added.

It was highlighted that the Communist NPA recruits and misleads IP adolescents, being the most susceptible to such influence.

Las Nieves Vice-Mayor Virgilio Escasia Jr., emphasized the value of strong working partnerships between the IP communities, particularly the youth, and the LGU during the program's inception.

The main purpose of the activity is to educate and empower young people to be advocates for peaceful change. All of the summit's subjects are highly pertinent in the transformation of the young people into active participants in  development rather than just peace activists. It enables the IP Youth to resist from being easily duped by the Communist Terrorist Group (CTG) propaganda, which will surely ruin their future if they join the clandestine movement. (23rd Infantry Battalion, Philippine Army/PIA Agusan del Norte)