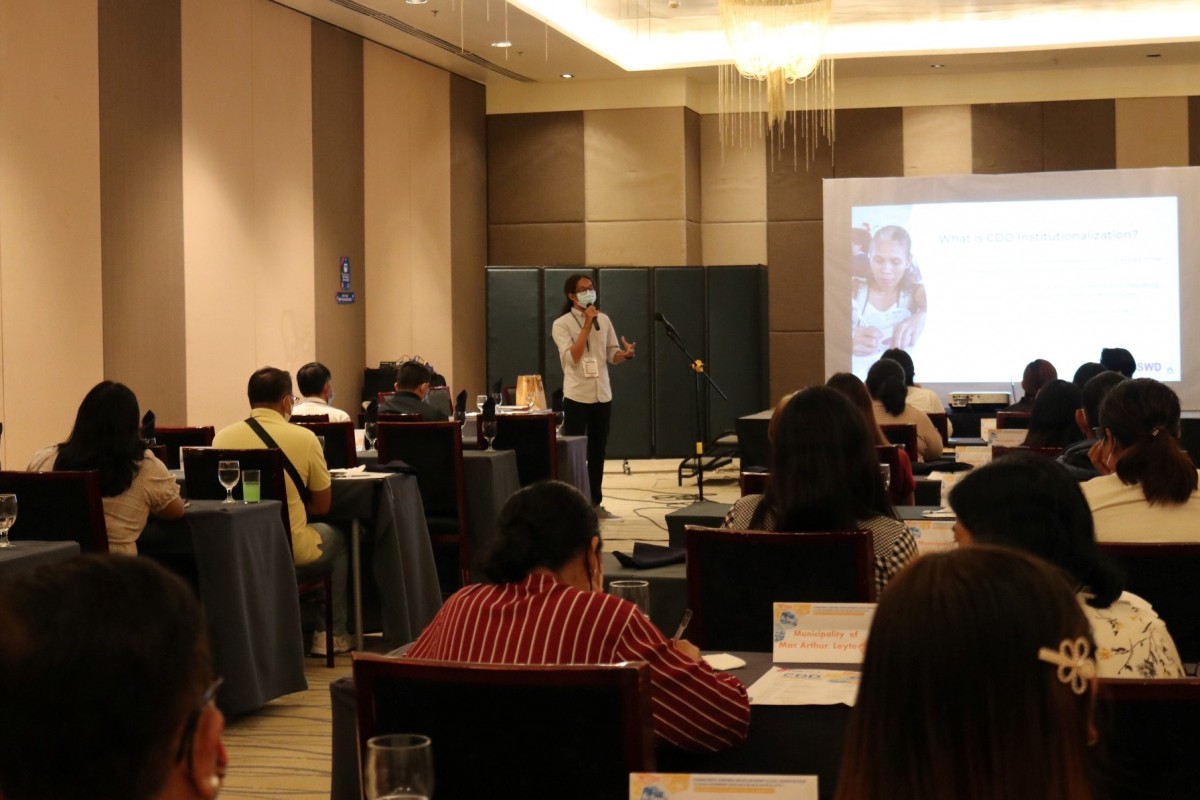 The program started the CDD orientation with the province of Leyte (Leyte 1 cluster) on September 5, 2022 at the Summit Hotel in Tacloban City.

The activity intends to orient the participants on the KALAHI-CIDSS program and its current direction towards CDD institutionalization as the program seeks to pass the CDD bill into a law.

Further, Leyte Sub-Field Office staff also participated the said orientation. The Sub-Field Office is the operating unit of the field office in the provinces. The program maximizes and leverages on network of the SFO and coaches them through the orientation in order for them to help advocate for CDD.

Highlight of the activity was the orientation of CDD bill which was discussed by Lawrence Garcia, project development officer for institutionalization, of the National Program Management Office.

Meanwhile, Hon. Marissa Sofia, a community volunteer-turned barangay official, delivered her testimony of change on how the program through its community-driven development approach trained her to be a leader in her community.

In her opening message, Assistant Regional Director for Operations (ARDO) Natividad Sequito, underscored that the community-driven development has been an effective mechanism for poverty-reduction by giving voice to the poor, marginalized and vulnerable sectors of the society in the development activities.

On the other hand, Deputy Regional Program Manager (DRPM) Gerardo Peñeda thanked the LGUs for the continued support towards the program.

The activity ended with the pronouncement of support by the attendees, who represented their local government units in supporting the undertakings on CDD institutionalization.

Further, there will be series of CDD orientations underway for SFOs and LGUs in other provinces.

Community-Driven Development is an approach used by the KALAHI-CIDSS program in implementing community-led projects among poor communities. With the institutionalization of CDD, it ensures inclusive and sustainable growth by increasing community participation and improving government transparency and accountability especially in the implementation of community-based programs, projects, and activities (PPAs). (DSWD-8)