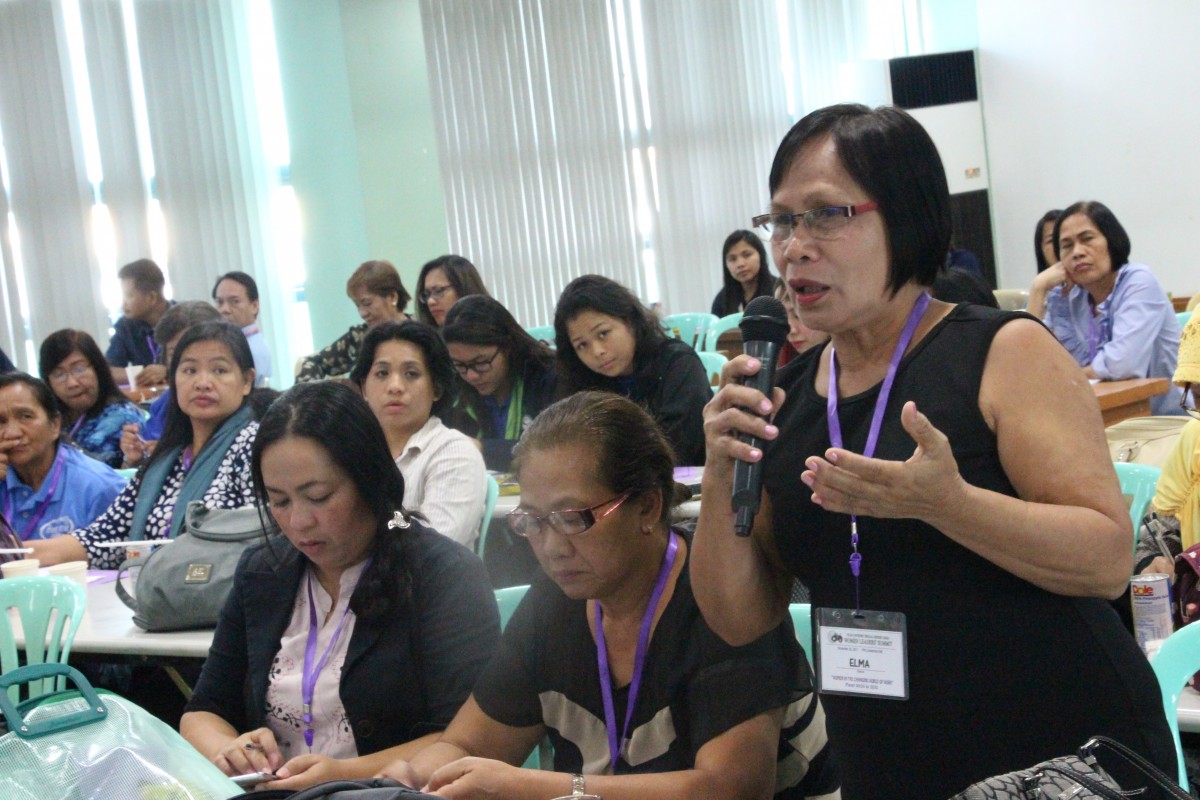 QUEZON CITY -- Aiming to continuously enhance the Gender and Development (GAD) plans, budgeting, and utilization of rice-related agencies, the Philippine Council for Agriculture and Fisheries (PCAF) has looked deeper into the role of women in the rice supply chain.

Results showed that women are more engaged than men in capital and seed sourcing during pre-production. Although more men are sourcing labor, half of the women respondents also do this work.

In the production segment where most activities are assigned to men, more women participate in transplanting, while weeding is equally done by men and women. However, intercropping with rice and other non-farm incomes are overwhelmingly female roles. Postproduction activities, i.e., palay drying, milling, and marketing, are also dominated by women. But despite the significant role women play in the development of the agriculture sector, they have long been disadvantaged in terms of ownership and control of productive assets. Thus, a gender gap continues to plague the sector, even extending to access to agricultural training and
education.

The PCAF study was a joint undertaking with the Rice Watch Action Network (RWAN), a social enterprise network and CSO-accredited implementing partner of the Department of Agriculture for its programs and projects.

RWAN Executive Director Tanchuling, who also serves as chairperson of PCAF’s National Banner Program Committee on Rice, lamented the policy that limits the registration of farmers per household based on the number of land parcels tilled.

In the study, RWAN examined the data from the RSBSA as of October 2021, revealing that a total of 41.7% of women are registered out of 4.9 million farmers, farmworkers, agri-youth, and fisherfolk. The fisherfolk sector has the fewest female RSBSA registrations, with only 32%.

However, it is worth noting that the enrollment in RSBSA for agri-youth is split equally between males and females.

Upon breaking down into rice farming households, the study showed that only 35% of women registered out of 2,137,360 individuals. In the rice sector, 65% of the workers are men.

The study also highlights women’s primary concern on securing land title and ownership. The husband, as the traditional head of the family, is given priority when applying for land titles.

The study also noted that official data might not accurately capture women’s work in agriculture as it is typically considered an extension of their household tasks; these tasks are not reported as “work.”

The comparison of females and males in terms of domestic or reproductive activities revealed that females have more responsibilities, including preparing food, washing dishes, washing clothes, cleaning the house, and gardening.

For these reasons, despite recognition in policies, women’s participation in productive agricultural labor remains unaccounted for and they participate in unpaid family work in agriculture in more significant numbers than men.

The unequal distribution of unpaid household work leads to income security concerns for women, especially in their role in family finances. The study concludes that women tend to seek additional income considering the lower palay prices and rising costs of production inputs.

It also added that on food security, women tend to feel most pressured to address family’s safety and health concerns, and provide sufficient food especially when food is scarce, making food security a gender issue.

Recommendations to address the gender gap in agriculture

After summarizing the key gender issues women facing in the rice sector, the study came up with recommendations to address these concerns.

The study recommended that the government continue creating programs that empower women. The government also needs to increase women's recognition in RSBSA registration and address the industry’s lack of gender disaggregated information. The government should increase the number of women beneficiaries in agriculture programs and boost women’s participation in the consultation process of the agencies.

“The guidelines and procedures for the registration of farmers should be revised to ensure that more women farmers are recognized. It is recommended to redesign agriculture training and policy discussions to be more community-based and rotated in the different communities to increase the participation of more home-bound women,” said Tanchuling. 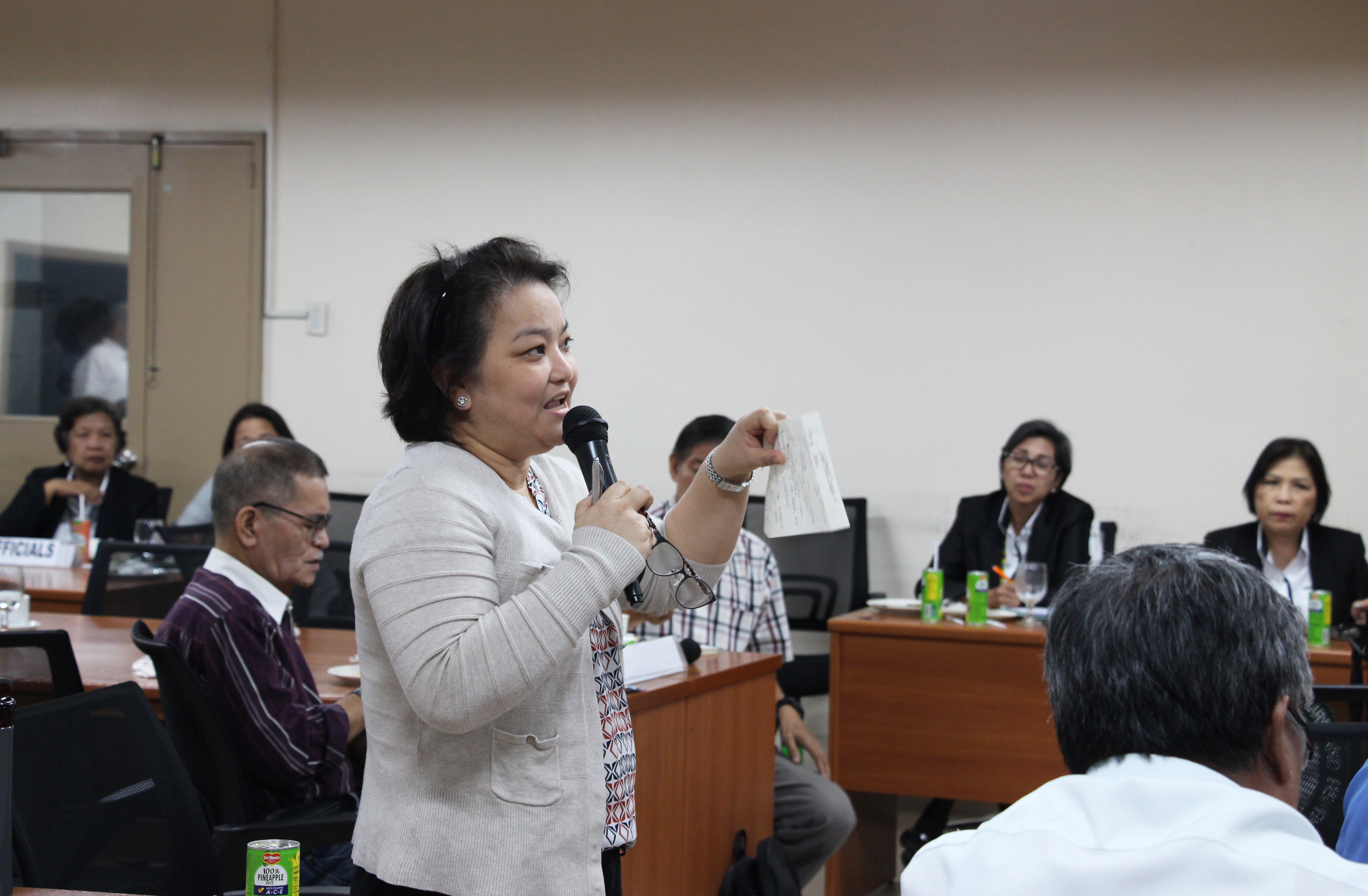 PCAF, the policy-making arm of the Department of Agriculture, commits to involving more women in all aspects of agri-fishery decision-making processes and finding innovative solutions to empower them as they overcome gender-based limitations in the agri-fishery sector.

Newly installed PCAF OIC-Executive Director Julieta Opulencia said the agency recognizes that women are one of the economic backbones of the rice industry and are critical in the sector’s development, particularly in handling the finances of rice-producing households.

“In PCAF, women can take on leadership roles through our Agricultural and Fishery Councils, challenge the system, and call for better policies that would benefit the rice sector and the entire industry,” said Opulencia.

She stressed, however, that women are not limited to the work they used to do, including the long hours they spend on unpaid domestic work. Hence, the establishment of a committee that shall oversee the responsiveness of policies related to women in agriculture.

“Our recently created Other Priority Program Committee on Gender Equality and Social Inclusivity (OPPC on GESI) can be considered a milestone for women’s participation in a male-dominated sector,” noted OIC ED Opulencia.

Opulencia said the OPPC on GESI passed a resolution recommending to the Registry of Basic Sectors in Agriculture-National Program Management Office (RSBSA-NPMO) to promote the importance of including more women in the registry system and giving them access to the sectoral interventions of the DA.

The new PCAF head sees that the inclusion of more women in policy-making could help determine and address the much-needed interventions in areas where women are more involved, such as post-harvest and marketing activities, leading to fewer food losses and fair rice prices for farmers.

Apart from women, PCAF also aims to increase the inclusion of other minority groups such as the youth, indigenous peoples, and persons with disabilities in the nationwide network and the sectoral interventions of the DA.

“With the administration’s goal to lower rice prices, our gender-responsive activities could empower women rice farmers to become more vibrant and visible partners in our goal of attaining food security,” added Opulencia. (DA-PCAF)