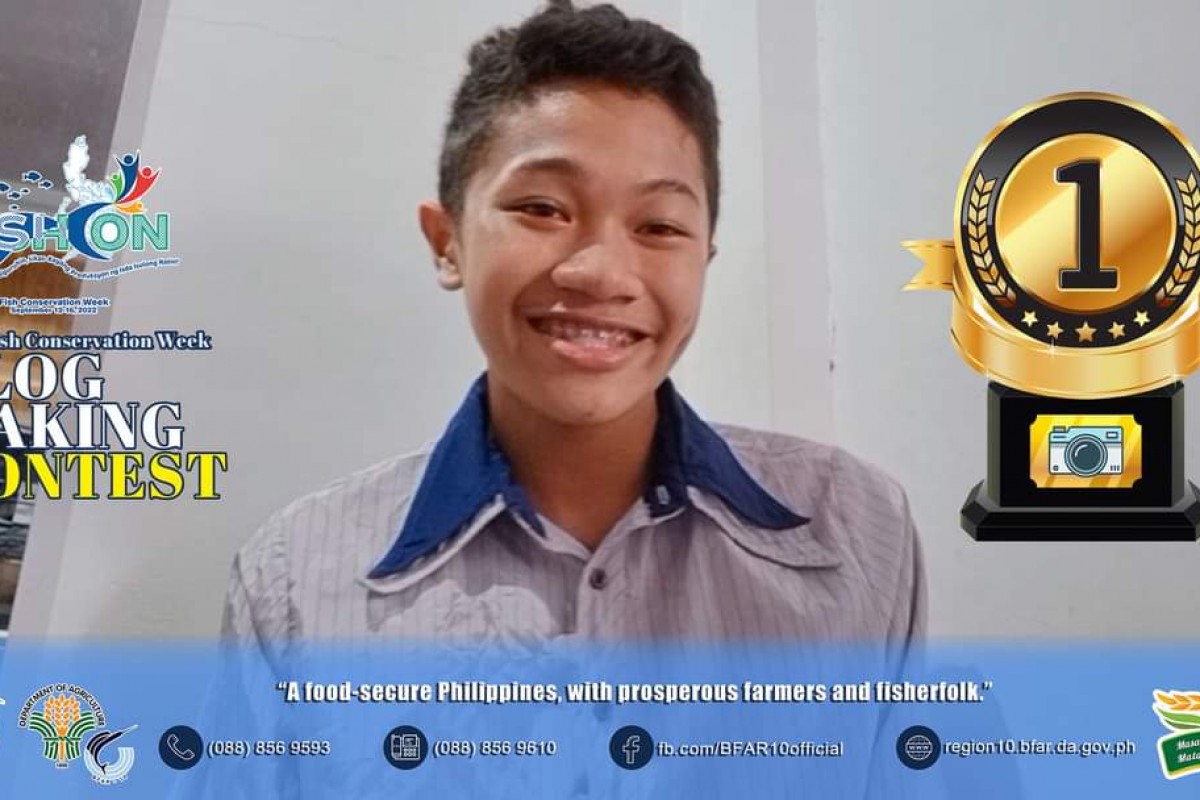 Jeremy Barraquias, a grade 10 junior high school student, overshadowed three other vlog entries produced by students from different schools within the region with his "pun-filled" vlog.

(Wishing my vlog, as well as the vlogs of my opponents, will give knowledge, and insight to bring forth initiatives in valuing our fisheries and fisherfolks)

Meanwhile, BFAR-10 Regional Director Teodoro Bacolod, Jr., expressed his appreciation for the immense effort the contestants put forth to make quality, innovative vlogs with the minimum budget and equipment.

This day in age, technology and social media play a paramount role in information dissemination, especially when you want the younger generation to understand and inculcate the value of hard work in our field. So, thank you (participants) for sharing your time and energy for this advocacy," said Bacolod.
Moreover, 20-year-old James Vincent Abao from the Camiguin Polytechnic State College bagged second place with a P3,000 prize, and 21-year-old Jay Abcede from the Lourdes College, Incorporated earned the last spot with a cash prize worth P2,000. (BFAR-10/PIA-10) 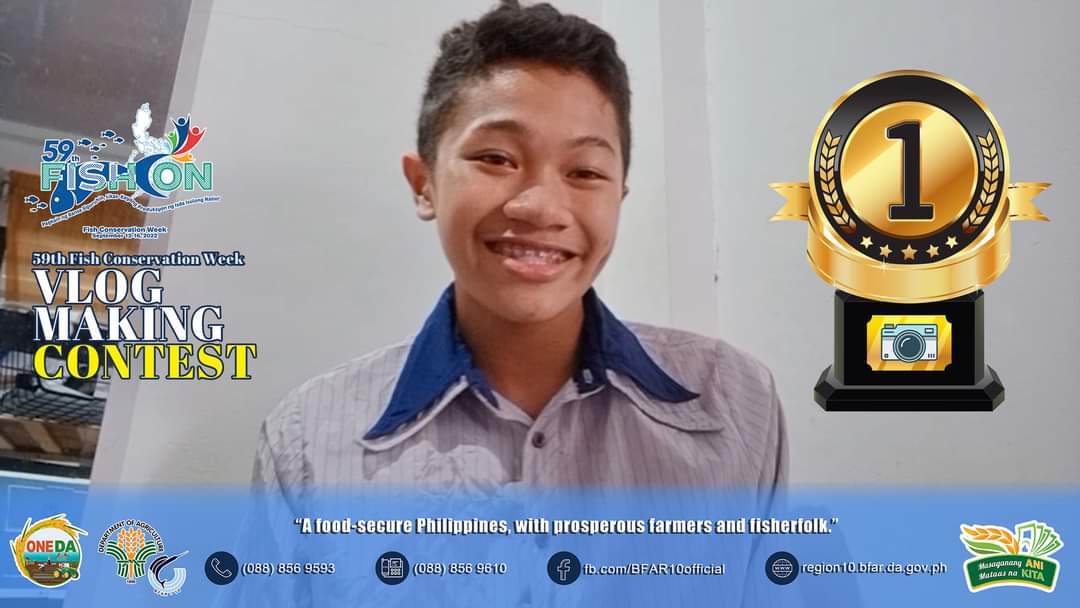 The Bureau of Fisheries and Aquatic Resources Region (BFAR)-10 holds a vlog-making contest in fish and marine conservation, which concluded, Septembet 30, during the bureau’s culmination of civil service month. (BFAR-10)